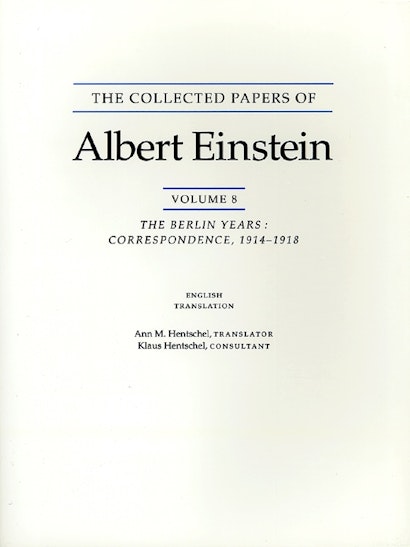 This volume opens in spring 1914 when Einstein takes up a research professorship at the Prussian Academy of Sciences in Berlin and closes with the collapse of the German Empire four and one-half years later. A good portion of the documentation, which comprises more than 675 letters, has only recently been discovered by the editors. The letters touch on all aspects of Einstein’s activities and shed new light on his inner life, while enriching our understanding of his published papers, presented in volumes 6 and 7 of this series.


The breakup of Einstein’s first marriage and the divorce are presented here for the first time in all their complexity. New material shows Einstein maintaining a strong sense of moral urgency throughout the war. The scientific correspondence documents Einstein’s struggle to find satisfactory field equations for his new gravitational theory — the general theory of relativity — and his continued discussion with leading physicists and mathematicians about the implications and further development of the theory.