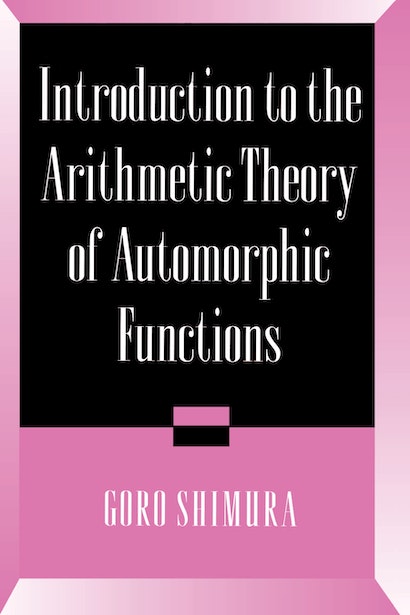 The theory of automorphic forms is playing increasingly important roles in several branches of mathematics, even in physics, and is almost ubiquitous in number theory. This book introduces the reader to the subject and in particular to elliptic modular forms with emphasis on their number-theoretical aspects.


After two chapters geared toward elementary levels, there follows a detailed treatment of the theory of Hecke operators, which associate zeta functions to modular forms. At a more advanced level, complex multiplication of elliptic curves and abelian varieties is discussed. The main question is the construction of abelian extensions of certain algebraic number fields, which is traditionally called “Hilbert’s twelfth problem.” Another advanced topic is the determination of the zeta function of an algebraic curve uniformized by modular functions, which supplies an indispensable background for the recent proof of Fermat’s last theorem by Wiles.

Goro Shimura is Professor of Mathematics at Princeton University.