An essential guide to recognizing bogus numbers and misleading data 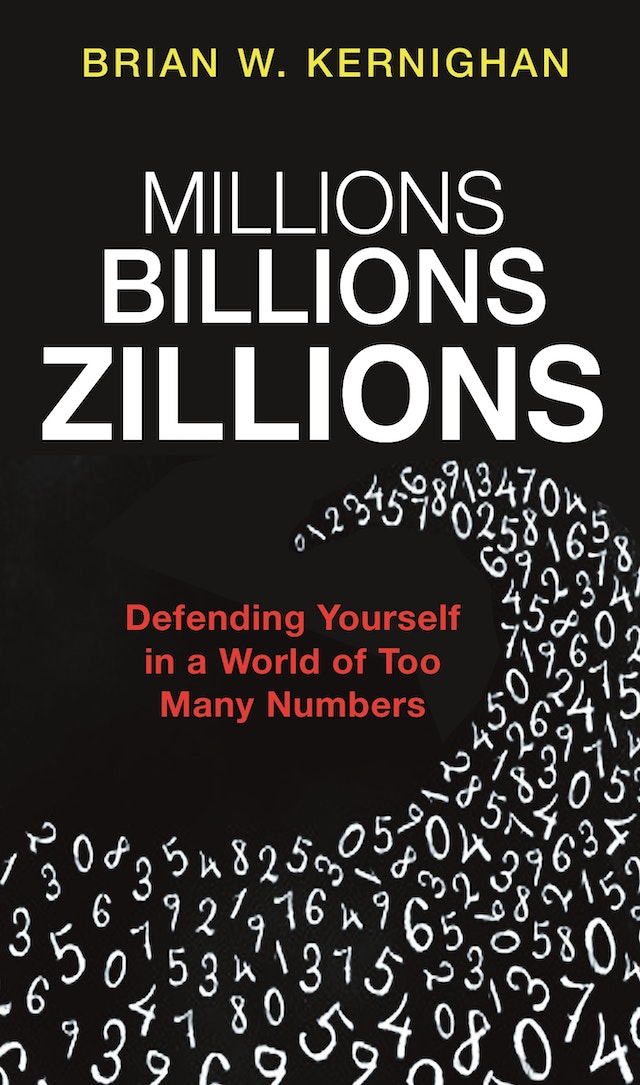 Numbers are often intimidating, confusing, and even deliberately deceptive—especially when they are really big. The media loves to report on millions, billions, and trillions, but frequently makes basic mistakes or presents such numbers in misleading ways. And misunderstanding numbers can have serious consequences, since they can deceive us in many of our most important decisions, including how to vote, what to buy, and whether to make a financial investment. In this short, accessible, enlightening, and entertaining book, Brian Kernighan teaches anyone—even diehard math-phobes—how to demystify the numbers that assault us every day. Giving you the simple tools you need to avoid being fooled by dubious numbers, Millions, Billions, Zillions is an essential survival guide for a world drowning in big—and often bad—data.

Brian W. Kernighan is professor of computer science at Princeton University. His many books include Understanding the Digital World: What You Need to Know about Computers, the Internet, Privacy, and Security (Princeton).

"Having a healthy skepticism toward numbers and giving readers the tools to think about math more logically is the purpose of this easily read, slight book. Brian W. Kernighan adroitly distills complex issues. His tone is more that of a mellow friend breaking down a concept that flummoxes you rather than an Ivy League professor expounding on the elegance of numbers."—Jacqueline Cutler, NJ.com

"Numbers, graphs and statistics can often be misleading and misrepresented. In Millions, Billions, Zillions: Defending Yourself in a World of Too Many Numbers, Kernighan provides the reader with an entertaining and useful guide to avoid becoming a victim of number abuse."—Ben Rothke, RSA Conference

"This sophisticated, rich, and accessible book walks us through something we all need but are almost never taught: number sense. The reader is left with real skills and confidence about understanding and interpreting numbers, probabilities, graphics, and much more. Brian Kernighan has done a great service by offering tools that will help all of us become more informed citizens, patients, parents, and news consumers—and better bullshit detectors."—Zeynep Tufekci, contributing opinion writer for the New York Times and author of Twitter and Tear Gas: The Power and Fragility of Networked Protest