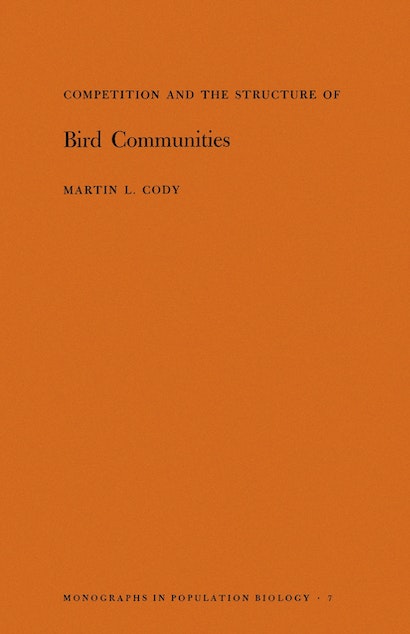 Professor Cody’s monograph emphasizes the role of competition at levels above single species populations, and describes how competition, by way of the niche concept, determines the structure of communities. Communities may be understood in terms of resource gradients, or niche dimensions, along which species become segregated through competitive interactions. Most communities appear to exist in three or four such dimensions. The first three chapters describe the resource gradients (habitat types, foraging sites, food types), show what factors restrict species to certain parts of the resource gradients and so determine niche breadths, and illustrate the important role of resource predictability in niche overlap between species for resources they share. Most examples are drawn from eleven North and South American bird communities, although the concepts and methodology are far more general. Next, the optimality of community structure is tested through parallel and convergent evolution on different continents with similar climates and habitats, and the direct influence of competitors on resource use is investigated by comparisons of species — poor island communities to species-rich mainland ones. Finally, the author discusses those sorts of environments in which the evolution of one species — one resource set is not achieved, and where alternative schemes of resource allocation, often involving several species that act ecologically as one, must be followed.