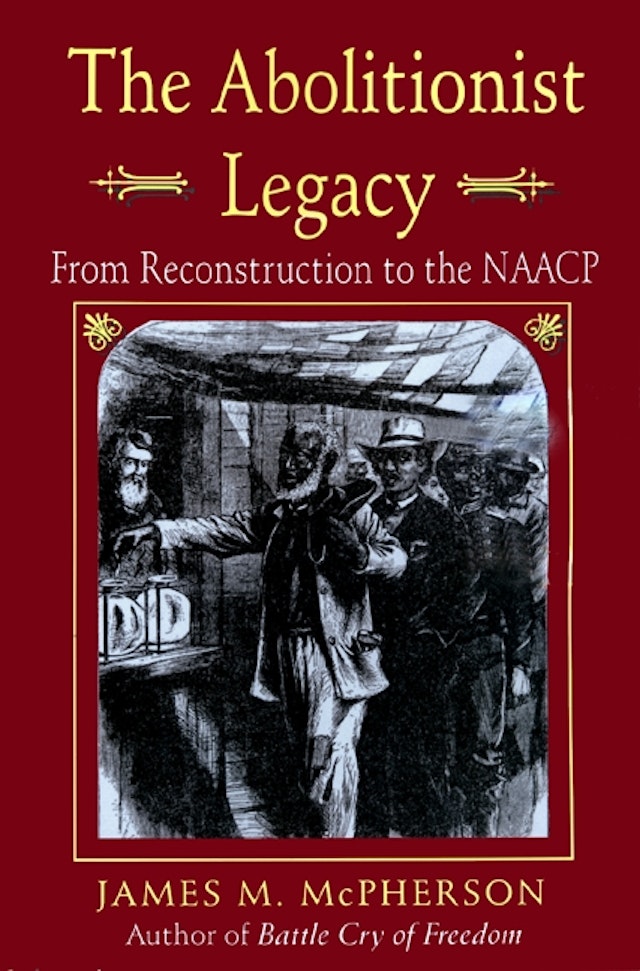 Building on arguments presented in The Struggle for Equality, James McPherson shows that many abolitionists did not retreat from Reconstruction, as historical accounts frequently lead us to believe, but instead vigorously continued the battle for black rights long after the Civil War. Tracing the activities of nearly 300 abolitionists and their descendants, he reveals that some played a crucial role in the establishment of schools and colleges for southern blacks, while others formed the vanguard of liberals who founded the NAACP in 1910. The author’s examination of the complex and unhappy fate of Reconstruction clarifies the uneasy partnership of northern and southern white liberals after 1870, the tensions between black activists and white neo-abolitionists, the evolution of resistance to racist ideologies, and the origins of the NAACP.

James M. McPherson is Professor of History at Princeton University. His many books include the Pulitzer Prize-winning Battle Cry of Freedom: The Civil War Era, as well as What They Fought For, 1861-1865; Abraham Lincoln and the Second American Revolution; Ordeal by Fire: The Civil War and Reconstruction; and The Negro's Civil War: How American Negroes Felt and Acted during the War for the Union.

"The Abolitionist Legacy shows many of the same graces as its predecessor: wide-ranging and careful research, a strong sense of story line, an eye for good quotations, unyielding sympathy for those who devoted their lives to uplifting the freedmen."—Reviews in American History

"In addition to discussing the complex blend of egalitarianism and paternalism in the thought of white proponents of black advancement, McPherson offers suggestions of the intricate mixture of racial consciousness, individual ambition, and racial romanticism that continues to fuel modern black separatism."—Political Science Quarterly

"Must surely be assigned an important place in the literature of the history of ideas and of race relations in the United States."—The Times Literary Supplement