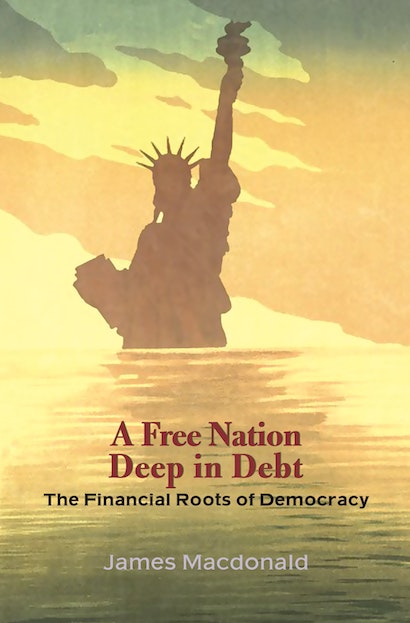 For the greater part of recorded history the most successful and powerful states were autocracies; yet now the world is increasingly dominated by democracies. In A Free Nation Deep in Debt, James Macdonald provides a novel answer for how and why this political transformation occurred. The pressures of war finance led ancient states to store up treasure; and treasure accumulation invariably favored autocratic states. But when the art of public borrowing was developed by the city-states of medieval Italy as a democratic alternative to the treasure chest, the balance of power tipped. From that point on, the pressures of war favored states with the greatest public creditworthiness; and the most creditworthy states were invariably those in which the people who provided the money also controlled the government. Democracy had found a secret weapon and the era of the citizen creditor was born. Macdonald unfolds this tale in a sweeping history that starts in biblical times, passes via medieval Italy to the wars and revolutions of the seventeenth and eighteenth centuries, and ends with the great bond drives that financed the two world wars.

James Macdonald was an investment banker for many years. He lives in Oxford, England.

"Remarkable. . . . [This] book could scarcely be more comprehensive. . . . Since Macdonald was for many years a British investment banker, he has a hands-on feel for his subject. But he has not allowed his technical expertise to get in the way of his lucid prose: his argument is readily accessible to a lay reader. And that argument is convincing."—Gordon S. Wood, New York Review of Books

"A fine history of public finance from ancient Greece and Persia to the present."—Richard N. Cooper, Foreign Affairs

"Written clearly and accessibly. . . . A challenging yet fascinating work [that] could hardly be more timely."—Michelle Wucker, Washington Post

"Macdonald has something exciting to teach all serious students of history-that the evolution of democratic institutions is not just about taxation and representation but also about investment."—Niall Ferguson, author of, The Cash Nexus

"This book begins with Moses, ends with World War II, and covers just about every important development in public finance in between. Yet, for all his range, MacDonald offers a simple, stunning thesis: Democracy arises from public debt."—James Galbraith, Democracy