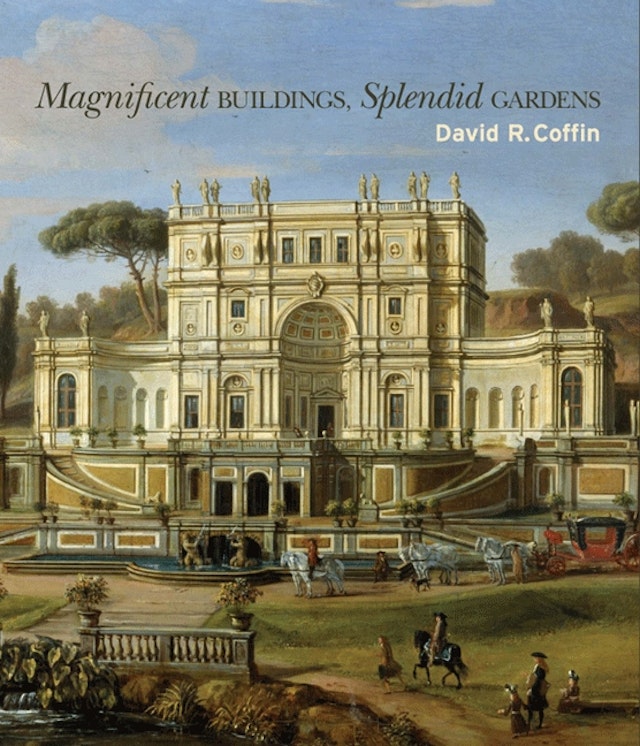 Magnificent Buildings, Splendid Gardens returns to print some of the most important works of David Coffin, a leading authority on Renaissance architecture who, as one of the first scholars to apply the tools of art history to the study of gardens, became a founder of the discipline of garden and landscape studies.

These essays span the wide range of Coffin’s work, from Italian Renaissance architecture, garden design, sculpture, and drawings to English gardens and landscape designers of the seventeenth to early nineteenth centuries. Coffin’s approaches are as varied as his subject matter. Some of these essays present the results of his archival research, including his discovery of crucial documents on the Emilian architect Giovan Battista Aleotti and the only documentary evidence identifying Vignola as the architect of the Villa Lante at Bagnaia. Other essays take a much broader cultural view, investigating, for example, the phenomenon of public access to private Renaissance gardens, elucidating the evolving meaning of images of the goddess Venus in English gardens, and identifying the significance of the decorative programs of monuments as diverse as the Villa Belvedere in Rome and the eighteenth-century gardens at Rousham in Oxfordshire.

The book also includes a commentary on each essay, written by one of Coffin’s former students; a full analytical index; and a complete bibliography of Coffin’s work.

David R. Coffin (1918-2003) was the Howard Crosby Butler Memorial Professor of the History of Architecture at Princeton University. His books include The Villa in the Life of Renaissance Rome and The English Garden (both Princeton).