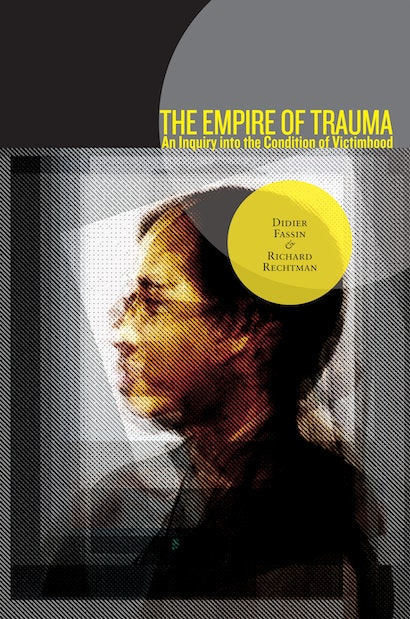 Today we are accustomed to psychiatrists being summoned to scenes of terrorist attacks, natural disasters, war, and other tragic events to care for the psychic trauma of victims — yet it has not always been so. The very idea of psychic trauma came into being only at the end of the nineteenth century and for a long time was treated with suspicion. The Empire of Trauma tells the story of how the traumatic victim became culturally and politically respectable, and how trauma itself became an unassailable moral category.

Basing their analysis on a wide-ranging ethnography, Didier Fassin and Richard Rechtman examine the politics of reparation, testimony, and proof made possible by the recognition of trauma. They study the application of psychiatric victimology to victims of the 1995 terrorist bombings in Paris and the 2001 industrial disaster in Toulouse; the involvement of humanitarian psychiatry with both Palestinians and Israelis during the second Intifada; and the application of the psychotraumatology of exile to asylum seekers victimized by persecution and torture.

Revealing how trauma has come to authenticate the suffering of victims, The Empire of Trauma provides critical perspective on some of the moral and political issues at stake in the contemporary world.

Didier Fassin, one of France's leading social anthropologists and a physician in internal medicine, is the James D. Wolfensohn Professor in the School of Social Science at the Institute for Advanced Study in Princeton. Richard Rechtman, a psychiatrist and anthropologist, is medical director of the Institut Marcel Rivière in France. Both are members of the Interdisciplinary Research Institute on Social Issues (IRIS).

"A model contribution to this collective effort at understanding and mitigating the world's misery. . . . [This] calm and mighty book is no less than a staccato history of military and civilian suffering since 1914. . . . Splendid."—Fred Inglis, Times Higher Education

"A must read for those interested in trauma, this book looks at the ubiquity of trauma and the development of a new vocabulary and discourse of traumatic events."—A.N. Douglas, Choice

"[A]s Didier Fassin and Richard Rechtman elegantly describe in their new book, . . . what has happened is nothing less than a fundamental change in what it means to be 'traumatised'. . . . [M]ental health professionals never seem far away from either challenge or crisis, which is why the work is so demanding but also stimulating and never dull. Much the same is true of Empire of Trauma."—Simon Wessely, British Medical Journal

"A model of social inquiry, The Empire of Trauma is a major contribution not only to our understanding of trauma and the nature of victimhood but to our purchase on the times in which we live."—Joseph E. Davis, Canadian Journal of Sociology

"This is an unusual book for the psychiatric bookshelf, because the authors seek to stand free of the scientific facts altogether and to ask simply what impact the emergence of the trauma narrative has had upon the world. This, they argue, is the anthropological stance: to ask how ideas emerge in a society and come to be seen as true, and what follows from that truth, without asking whether those ideas are in fact true. Because of this stance, the book will be read as provocative; but it should be read, because the authors have something to say."—Tanya M. Luhrmann, American Journal of Psychiatry

"The Empire of Trauma: An Inquiry into the Condition of Victimhood makes a signal contribution to the genre of 'the history of the present'. . . . The detail and finesse with which theory and data are woven together for each case makes this book compelling. . . . [I]ndeed, a splendid achievement."—Veena Das, American Journal of Sociology

"[T]his book presents a well-reasoned discourse on the concepts of trauma, trauma-related disorders, treatment and their relationships to social, political and economic considerations. It will appeal to scholars in a number of disciplines including anthropology, psychiatry, psychology, history and sociology."—Shameran Slewa-Younan, Metascience

"An enormous achievement. The Empire of Trauma offers not only an understanding of the anthropology of the concept of trauma in general, but also a very interesting discussion of the development of values and value systems in our globalized world. This is one of the best books I have read in a long time on the issue of trauma."—David Becker, Free University Berlin

"The Empire of Trauma is a nuanced study of the complex and contradictory histories of practices and debates within psychiatry, military medicine, psychoanalysis, political activism, and international humanitarianism. It is a much-needed reflection on the overwhelming hegemony of discourses of trauma and reparation, one that does not dismiss the reality of the experience, but instead aims at clearing a space where the painful utterance may reclaim its evocative force and its effectiveness, and may be heard once again."—Stefania Pandolfo, University of California, Berkeley