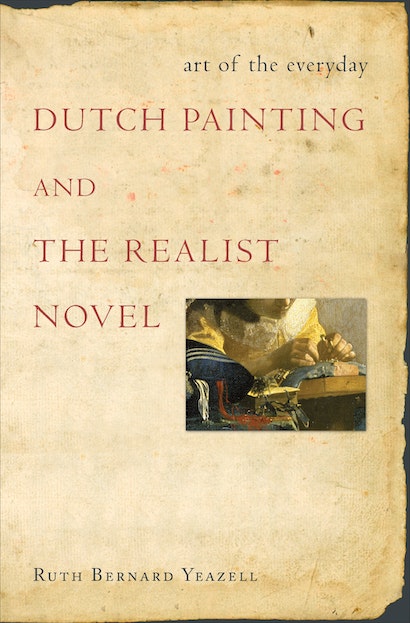 Realist novels are celebrated for their detailed attention to ordinary life. But two hundred years before the rise of literary realism, Dutch painters had already made an art of the everyday — pictures that served as a compelling model for the novelists who followed. By the mid-1800s, seventeenth-century Dutch painting figured virtually everywhere in the British and French fiction we esteem today as the vanguard of realism. Why were such writers drawn to this art of two centuries before? What does this tell us about the nature of realism?

In this beautifully illustrated and elegantly written book, Ruth Yeazell explores the nineteenth century’s fascination with Dutch painting, as well as its doubts about an art that had long challenged traditional values.

After showing how persistent tensions between high theory and low genre shaped criticism of novels and pictures alike, Art of the Everyday turns to four major novelists — Honoré de Balzac, George Eliot, Thomas Hardy, and Marcel Proust — who strongly identified their work with Dutch painting. For all these writers, Dutch art provided a model for training themselves to look closely at the particulars of middle-class life.

Yet even as nineteenth-century novelists strove to create illusions of the real by modeling their narratives on Dutch pictures, Yeazell argues, they chafed at the model. A concluding chapter on Proust explains why the nineteenth century associated such realism with the past and shows how the rediscovery of Vermeer helped resolve the longstanding conflict between humble details and the aspirations of high art.

Ruth Bernard Yeazell is the Chace Family Professor of English and director of the Lewis Walpole Library at Yale University. Her books include Harems of the Mind: Passages of Western Art and Literature. 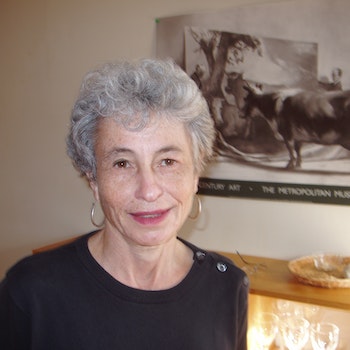 "Yeazell looks to bring together both the high and the low, bridging Barrett Browning's gap between the Dutch and the Italian...Art of the Everyday: Dutch Painting and the Realist Novel sheds new light on both the realist novel and Dutch painting and covers both fields with the clear, warm glow of a fine Vermeer."—Bob Duggan, Art Blog by Bob

"[A]s Ruth Bernard Yeazell makes abundantly clear in her study of the influence of Dutch painting on realist novels, it was the humanity, the ordinariness, the domesticity, of the work of a dozen or so Dutch (and Flemish) artists that proved both appealing and inspiring to Balzac, George Eliot, Hardy, and Proust—to name only the masterly writers whom Yeazell considers most essential and instructive. . . . Yeazell documents her thesis with skill, erudition, and elegance."—Ed Minus, Sewanee Review

"Yeazell's is an accomplished book, at once meticulous and highly readable, in which narratives of social meaning-making interact in complex, often uneasy ways with stories of conflicted inwardness."—Paul K. Saint-Amour, Novel

"Yeazell's grasp over seventeenth-century Dutch painting is both thorough and nuanced, and the several very interesting connections that she makes between these paintings and realistic novels will have major implications for future work on literary realism."—Sambudha Sen, Victorian Studies

"Yeazell's well-documented book (more than 500 endnotes and the opinions of many critics on this topic) offers strong evidence that beyond the visual imagery of nineteenth century English and French realist novelists there lies the minute pictorial syntax of the visual images of the seventeenth-century Dutch painter."—Camelia-Mihaela Cmeciu, European Legacy

"There's something about the way Art of the Everyday has been written, which takes the reader right inside the canvas of Dutch painting. Upon reading two chapters in particular, 'Low Genre and High Theory' and 'Proust's Genre Painting,' one feels so immersed within the writing, that by proxy, the paintings themselves feel almost within reach. It's as if one is no longer reading about art, but rather, within the art itself. . . . [L]et there be no doubt that Art of the Everyday is an august, and extraordinary contribution to the world of literary theory and the art-historical."—David Marx, Davidmarx.com

"Art of the Everyday is one of those rare works that succeeds in comparing these media while doing full justice to their differences and complexities. Yeazell's close readings of nineteenth-century narratives are matched by her vivid interpretations of Dutch paintings, several of which are reproduced in stunning full-color plates. The book is useful not only for the argument it makes about the influence of Dutch painting on the nineteenth-century novel, but also for the high standard it sets for future interdisciplinary studies. . . . Art of the Everyday promises to become an influential work in both literary and art historical studies."—Aviva Briefel, Nineteenth-Century Contexts

"Art of the Everyday is a work of extraordinary scholarship that significantly expands our understanding both of realism and of Dutch painting. All the big subjects related to realism are here, all handled with utmost care. One of the most satisfying things about this learned, insightful book is that it gives the impression of absolute saturation in the art and in the fictions, and thus it earns its authority in both fields."—George Levine, author of The Realistic Imagination

"I tremendously enjoyed reading Art of the Everyday. One of the great pleasures it offers is the revisiting of something commonly assumed to be self-evident—the comparison between realist fiction and Dutch art. Ruth Yeazell makes us realize just how blind we've been to the range of implications this comparison carries with it. Lucid, knowledgeable, and extremely readable, this exciting book deepens our understanding of all that's at stake in the cultural politics of realism."—Kate Flint, author of The Victorians and the Visual Imagination

"Extremely thorough and precise but written with elegance and fluidity, Art of the Everyday is an excellent and entertaining book that impressively integrates the art-historical and the literary."—Martha Hollander, author of An Entrance for the Eyes: Space and Meaning in Seventeenth-Century Dutch Art