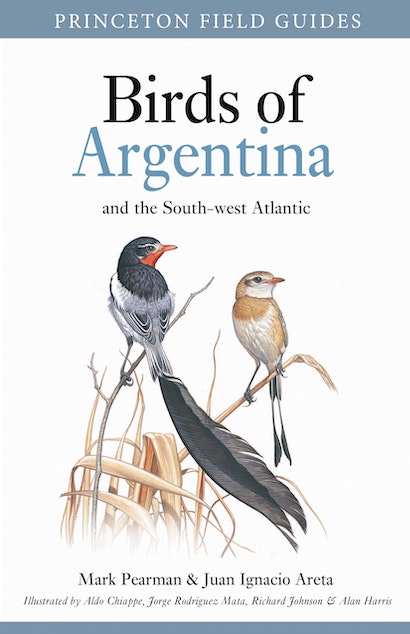 Argentina is one of South America’s premier birding destinations, encompassing a range of habitats—from rainforests and pampas grasslands to the wetlands of the Iberá and the wilderness of Tierra del Fuego. Surprisingly, despite the strong interest in Argentina’s rich avian population, the country has until now lacked a credible, modern field guide to its birds. Authoritative and up-to-date, Birds of Argentina and the South-west Atlantic provides detailed species accounts, a plethora of distribution maps, and close to 200 stunning color plates illustrating every species and many distinct plumages and subspecies. This essential book will satisfy researchers, birders, and conservationists alike.

Mark Pearman is a founding member of the Neotropical Bird Club. His books include Annotated Checklist of the Birds of Argentina and The Essential Guide to Birding in Chile. He has been birding in South America since 1986, and his explorations in Argentina and Paraguay have served as the basis for far-reaching conservation programs and initiatives. Juan Ignacio Areta is an ornithologist based in Northwest Argentina. He is head of the Laboratorio de Ecología, Comportamiento y Sonidos Naturales (ECOSON-IBIGEO); CONICET researcher; and associate chair of the South American Classification Committee of the American Ornithological Society.