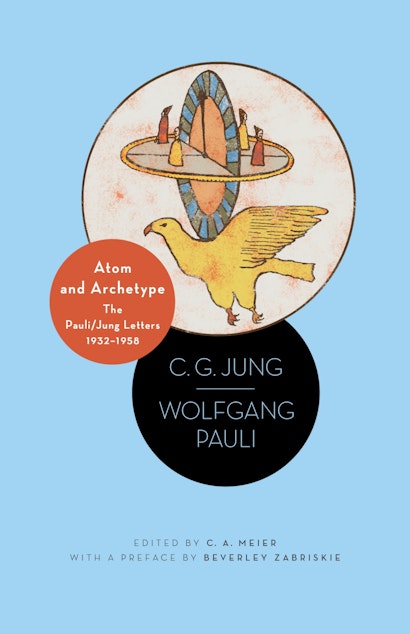 In 1932, world-renowned physicist Wolfgang Pauli had already done the work that would win him the 1945 Nobel Prize. He was also suffering after a series of troubling personal events. He was drinking heavily, quarrelling frequently, and experiencing powerful, disturbing dreams. Pauli turned to C. G. Jung for help, forging an extraordinary intellectual conjunction not just between a physicist and a psychologist but between physics and psychology. As their acquaintance developed, Jung and Pauli discussed the nature of dreams and their relation to reality, finding surprising common ground between depth psychology and quantum physics and profoundly influencing each other’s work.

This portrait of an incredible friendship will fascinate readers interested in psychology, science, creativity, and genius.

C. A. Meier practiced psychiatry in Switzerland from 1936 until his death in 1995. A cofounder and first president of the C. G. Jung Institute in Zurich, he held the Chair of Honorary Professor of Psychology at the Swiss Federal Technical Institute and cofounded the Clinic and Research Center for Jungian Psychology. His many books include Personality: The Individuation Process in the Light of C. G. Jung's Typology.

"This book is both a historical document and a treasure trove of ingenious speculation full of cleverness, frank intelligence, authoritative information about physics, cutting-edge psychology, and informed parallels from antiquity."—David Tresan, Journal of Analytical Psychology

"This book reveals sides of both men that aren't often found in the popular literature surrounding them. . . . [D]elightful and very informative."—Vassi Toneva, Journal of Scientific Exploration

"In early 1932 Pauli turned to Carl Jung, the already famous psychoanalyst, for help. Jung was thrilled by the opportunity to look into the subconscious of one of the world's most brilliant minds. . . . The association lasted until Pauli's death in 1958."—Engelbert L. Schucking, Physics Today

"This unlikely correspondence between two outstanding exponents of apparently incompatible disciplines traces the development of an alchemical relationship through which each transforms the other's view of the universe. From the dreams of the nuclear scientist and the quantum speculations of the depth psychologist there grows a new understanding of mind and matter as joint manifestations of a deeper archetypal reality, known to medieval philosophy as the unus mundus. In the course of this rich dialogue, Jung formulates his insights into the significance of acausal happenings and meaningful coincidences, while both men forge the outlines of a unified framework able to embrace the seemingly infinite complexities of quantum physics and human psychology. Publication of these written exchanges between two of the most inventive minds of the twentieth century is an act of historic importance, as welcome as it is overdue."—Anthony Stevens, author of On Jung and Ariadne's Clue

"Psychologist Jung and physicist Pauli together explore the extraordinary world of quantum mechanics and particle physics, in which the influence of the observer upon the observed cannot be eliminated and where mind and matter merge. The discussion is as apposite today as it was when these letters were exchanged. Enthralling reading."—Anthony Storr, author of Solitude and Feet of Clay

"These letters offer fascinating insight into the minds of two of the most influential thinkers of our time as they probe their own disciplines and each other's for affinities and correlatives between analytical psychology and quantum physics. The book fills a major need, coming as it does in an era when an understanding of psychology is increasingly important to those who seek connections between religion and science."—Deirdre Bair, winner of the National Book Award for Samuel Beckett and author of the forthcoming biography of C. G. Jung