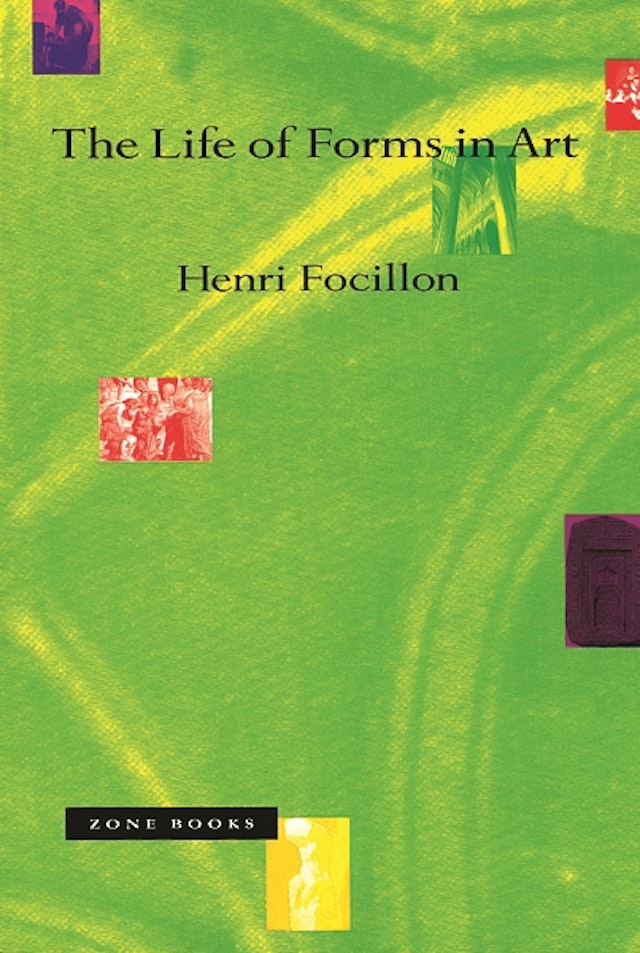 In this beautiful meditation on the art-historical problem of style, Henri Focillon (1881–1943) describes how art forms change over time. Although he argues that the development of art is irreducible to external political, social, or economic determinants, one of his great achievements was to lodge a concept of autonomous formal mutation within the shifting domain of materials and techniques. Focillon emphasizes the presence of nonsynchronous tendencies within styles that give artworks a manifold and stratified character.

The Life of Forms in Art remains one of the most brilliant and important reflections on the morphology of art. It has been superbly translated by Yale art historian George Kubler, whose book The Shape of Time was influenced by Focillon. The book also contains a critical introduction by Jean Molino.