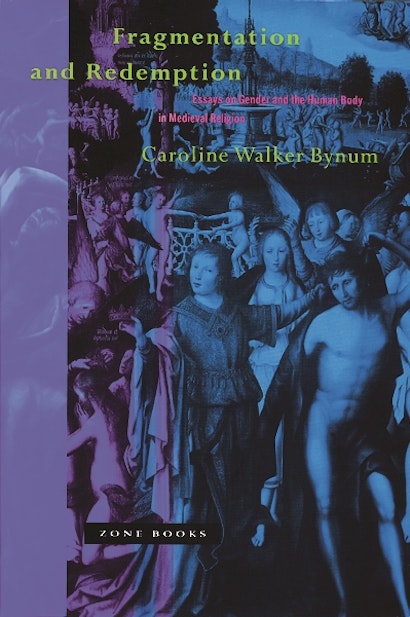 Fragmentation and Redemption is first of all about bodies and the relationship of part to whole in the high Middle Ages, a period in which the overcoming of partition and putrefaction was the very image of paradise. It is also a study of gender, that is, a study of how sex roles and possibilities are conceptualized by both men and women, even though asymmetric power relationships and men’s greater access to knowledge have informed the cultural construction of categories such as “male” and “female,” “heretic” and “saint.” Finally, these essays are about the creativity of women’s voices and women’s bodies.

Bynum discusses how some women manipulated the dominant tradition to free themselves from the burden of fertility, yet made female fertility a powerful symbol; how some used Christian dichotomies of male / female and powerful / weak to facilitate their own imitatio Christi, yet undercut these dichotomies by subsuming them into humanitas. Medieval women spoke little of inequality and little of gender, yet there is a profound connection between their symbols and communities and the twentieth-century determination to speak of gender and “study women.”

"On the strength of her writing style and her sophisticated, sensitive deployment of prodigious knowledge, Caroline Bynum is surely a historian by Gervase’s standard…. She provides an encouraging model for both historical endeavor and the management of an increasingly fragmented modern existence."—Voice Literary Supplement