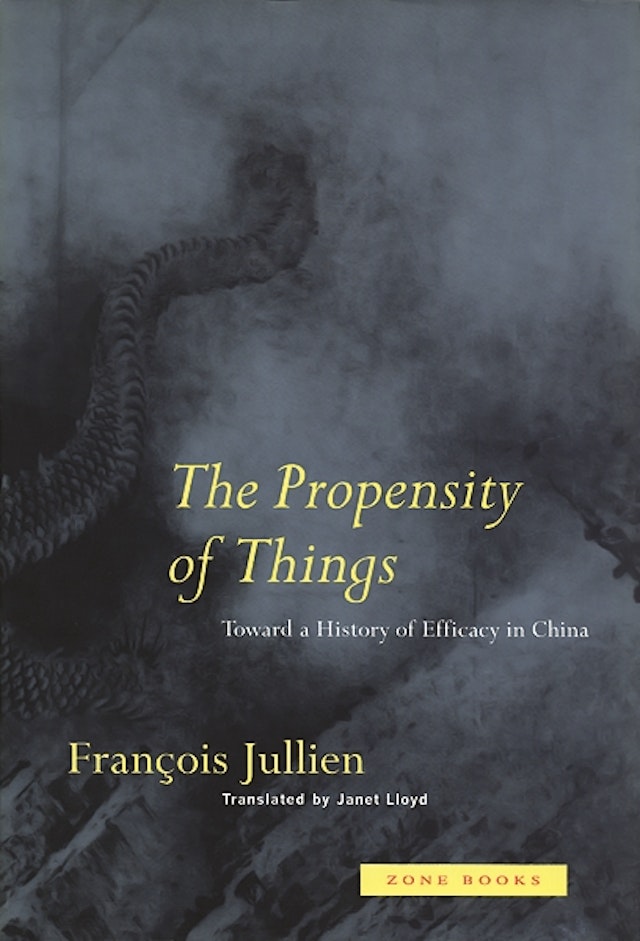 In this strikingly original contribution to our understanding of Chinese philosophy, François Jullien uses the Chinese concept of shi — disposition or circumstance, power or potential — as a touchstone to explore Chinese culture and to uncover the intricate and coherent structure underlying Chinese modes of thinking.

This term — whose very ambivalence and disconcerting polysemy, on the one hand, and simple efficacy, on the other, defy the order of a concept — insinuates itself into the ordering and conditioning of reality in all its manifold and complex representations. Jullien traces its appearance from military strategy to politics, from the aesthetics of calligraphy and painting to the theory of literature, and from reflection on history to “first philosophy.”

At the point where these various domains intersect, a fundamental intuition, assumed to be self-evident for centuries on end, emerges: namely, that reality — every kind of reality — may be perceived as a particular deployment or arrangement of things to be relied upon and worked to one’s advantage. Art or wisdom, as conceived by the Chinese, lies in strategically exploiting the propensity that emanates from this particular configuration of reality. Jullien’s analysis of shi and his excursion through Chinese culture ultimately deepen our own comprehension of the world of things and renew the impulse to discover the endless pleasures of inquiry.