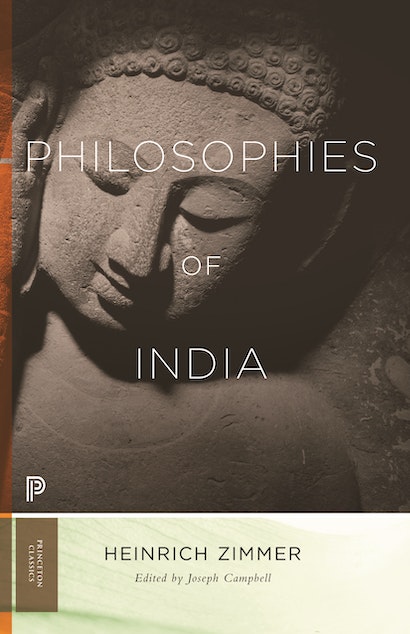 Since its first publication, Philosophies of India has been considered a monumental exploration of the foundations of Indian philosophy. Based on the copious notes of Indologist, linguist, and art historian Heinrich Zimmer, and edited by Joseph Campbell, this book is organized into three sections. “The Highest Good” looks at Eastern and Western thought and their convergence; “The Philosophies of Time” discusses the philosophies of success, pleasure, and duty; and “The Philosophies of Eternity” presents the fundamental concepts of Buddhism, Brahmanism, Jainism, Sankhya and yoga, and Tantra. This work examines such areas as the Buddhist Tantras, Buddhist Genesis, the Tantric presentation of divinity, the preparation of disciples and the meaning of initiation, and the symbolism of the mandala-palace Tantric ritual and twilight language. It also delves into the Tantric teachings of the inner Zodiac and the fivefold ritual symbolism of passion. Appendices, a bibliography, and general and Sanskrit indexes are included.

Heinrich Zimmer (1890–1943) was an Indologist, linguist, and historian of South Asian art. Joseph Campbell (1904–1987) was the author of many books on comparative mythology, including The Hero with a Thousand Faces and The Masks of God.

"[A] major contribution to our understanding of Asia. It is both the most complete and most intelligent account of this extraordinarily rich and complex philosophical tradition yet written."—Alan Watts, New York Times

"Zimmer has introduced such order and coherence into the rich profusion of Indian thought that one wonders whether his services to Indian philosophy are not as great as his contribution to Western understanding of India."—R. J. K. Murray, Philosophical Quarterly