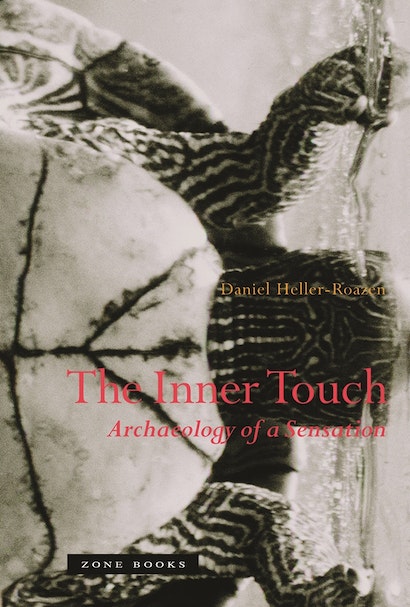 This book presents the archaeology of a single sense: the sense of being sentient. Aristotle was perhaps the first to define this faculty when, in his treatise On the Soul, he identified a sensory power irreducible to the five senses, by which animals perceive that they are perceiving: the simple “sense,” as he wrote, “that we are seeing and hearing.” After him, thinkers returned, time and again, to define and redefine this curious sensation.

The classical Greek and Roman philosophers as well as the medieval Arabic, Hebrew, and Latin thinkers who followed them all investigated a power they called “the common sense,” which one ancient author likened to “a kind of inner touch, by which we are able to grasp ourselves.” Their many findings were not lost with the waning of the Middle Ages. From Montaigne and Francis Bacon to Locke, Leibniz, and Rousseau, from nineteenth-century psychiatry and neurology to Proust and Walter Benjamin, the writers and thinkers of the modern period have turned knowingly and unknowing to the terms of older traditions in exploring the perception that every sensitive being possesses of its life.

The Inner Touch reconstructs and reconsiders the history of this perception. In twenty-five concise chapters that move freely among ancient, medieval, and modern cultures, Daniel Heller-Roazen investigates a set of exemplary phenomena that have played central roles in philosophical, literary, psychological, and medical accounts of the nature of animal existence. Here sensation and self-sensation, sleeping and waking, aesthetics and anesthetics, perception and apperception, animal nature and human nature, consciousness and unconsciousness, all acquire a new meaning.

The Inner Touch proposes an original, elegant, and far-reaching philosophical inquiry into a problem that has never been more pressing: what it means to feel that one is alive.

"[A] rich and elegant book. . . . Heller-Roazen’s contribution is to remind us of a feeling we always suspected was in there, but whose name we had forgotten — and to make us pause, time and again reading The Inner Touch, to try to feel it again."—London Review of Books

"Daniel Heller-Roazen has written a beautiful and inspiring book that awakens and sharpens our historic understanding of the existence of the sense of being."—Markus Wild, Neue Zürcher Zeitung

"Very rapidly, the reader is immersed in an analysis of various passages by Aristotle about sensation, an analysis which, while at times technical, appears in a language of perfect clarity."—Carlo Ginzburg, Le Monde

“Daniel Heller-Roazen’s archaeology of a sensation casts an utterly new light on a number of essential moments in the history of philosophy and the human sciences. Yet what is most crucial about this extraordinary investigation is that it uncovers a fascinating field of research, which is of the utmost importance for contemporary thinking: that of the sense by which, before or beyond consciousness, we sense that we exist.”— Giorgio Agamben, Professor of Philosophy, University of Venice

“Famously, Foucault begins Les mots et les choses with an homage to Borges. It’s a striking meeting of minds as Foucault surely intended it to be. Little did he know that these unlikely voices would be blended brilliantly on every page that Daniel Heller-Roazen writes in The Inner Touch. Heller-Roazen practices “comparative literature” as the greatest figures in the field have done before him — with exacting philosophical rigor and immense cultural range. Somewhere Erich Auerbach is smiling.”— Hal Foster, Townsend Martin ’17 Professor of Art and Archaeology, Princeton University

“With his stunning erudition, fluid style, and unique tact, Daniel Heller-Roazen unearths the ‘common sense’ which may in fact be lost to us but which we were once thought to share with beasts: it is the sense of our own perceptions, the feel of existing, the ‘inner touch.’”— Ann Smock, Professor of French, University of California, Berkeley