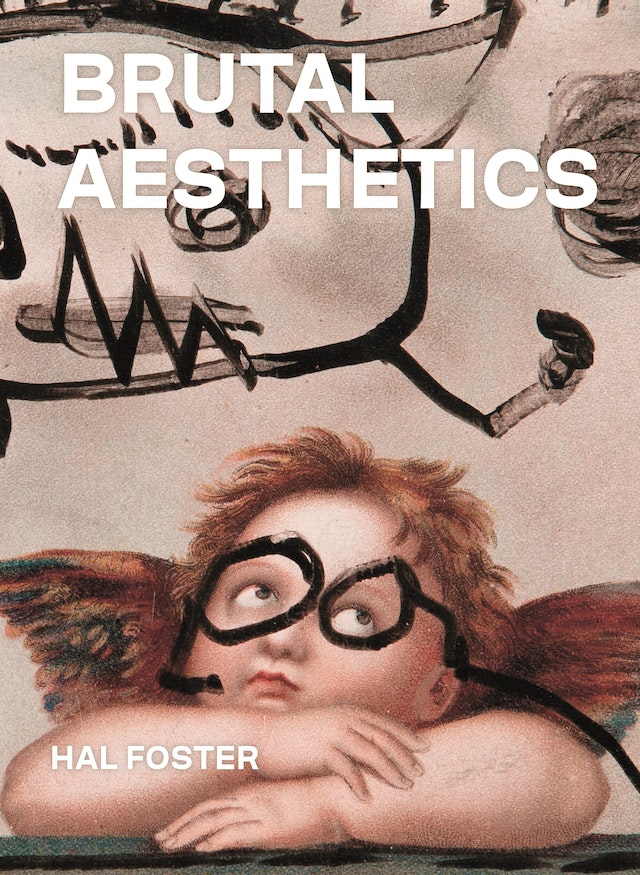 In Brutal Aesthetics, leading art historian Hal Foster explores how postwar artists and writers searched for a new foundation of culture after the massive devastation of World War II, the Holocaust, and the atomic bomb. Inspired by the notion that modernist art can teach us how to survive a civilization become barbaric, Foster examines the various ways that key figures from the early 1940s to the early 1960s sought to develop a “brutal aesthetics” adequate to the destruction around them.

With a focus on the philosopher Georges Bataille, the painters Jean Dubuffet and Asger Jorn, and the sculptors Eduardo Paolozzi and Claes Oldenburg, Foster investigates a manifold move to strip art down, or to reveal it as already bare, in order to begin again. What does Bataille seek in the prehistoric cave paintings of Lascaux? How does Dubuffet imagine an art brut, an art unscathed by culture? Why does Jorn populate his paintings with “human animals”? What does Paolozzi see in his monstrous figures assembled from industrial debris? And why does Oldenburg remake everyday products from urban scrap?

A study of artistic practices made desperate by a world in crisis, Brutal Aesthetics is an intriguing account of a difficult era in twentieth-century culture, one that has important implications for our own.

Published in association with the National Gallery of Art, Washington, DC.

Hal Foster is the Townsend Martin, Class of 1917, Professor of Art and Archaeology at Princeton University and the author of many books, including The First Pop Age (Princeton). A member of the American Academy of Arts and Sciences, he writes regularly for October, the London Review of Books, and Artforum.