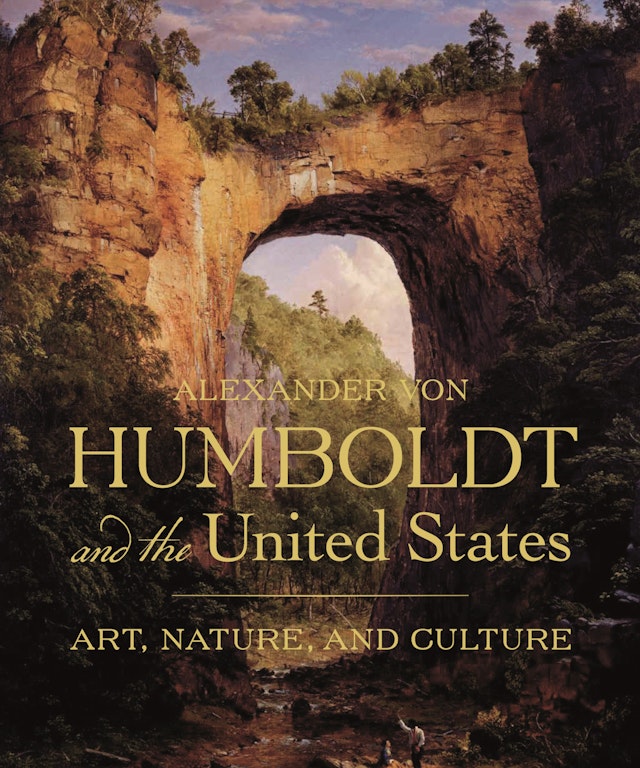 What made Alexander von Humboldt a superstar in the 1800s was Cosmos, his global best-selling, multi-volume series on his scientific observations and international travels. Glowing reviews of the first volume ensured his life’s work would be translated into English, French, Italian, Spanish, Russian, Dutch, Polish, Swedish, Danish, and Hungarian by 1847, two years after it was first published. The second volume, a reflection on nature, art, history, philosophy, and religion continued to deeply shape American artists and critics, including the influential Hudson River school painter Frederic Edwin Church.

Eleanor Jones Harvey details Humboldt’s influence on Church in her book Alexander von Humboldt and the United States: Art, Nature, and Culture. Excerpts from the chapter “Embodying Cosmos: Frederic Edwin Church” have been edited for space.

By 1847, Humboldt was ready to release his second volume of Cosmos, which meant that in the United States, his English-speaking audience frequently absorbed both authorized volumes at once. The second volume brought together elements of history, philosophy, and religion in the service of a “poetic description of nature.” Those descriptions, Humboldt noted, were a shared trait among all civilizations around the globe and across time. The second section of the book comprised an extended discourse chronicling the history of human attitudes toward nature, from the ancient Greeks to the modern era.

This second volume of Cosmos provided a template for American landscape painters to take inspiration in the scientific and poetic facets of their subjects and invest their works with a dual love of science and art. Humboldt did not privilege any specific country’s landscape: his was a call to all human beings to open their eyes to the natural world and see nature for both its scientific and aesthetic appeal.

One of those readers was Frederic Edwin Church, a young man who had decided despite his family’s reservations, to pursue a career as an artist. Church excelled at sketching under the variable conditions in the field and then returning to the studio to synthesize those immediate impressions from nature. Church’s eye for botanical detail and the nuances of cloud forms and weather phenomena became hallmarks of his works. His drawings began to include significant annotations regarding the weather and the artist’s impressions of the colors of everything, from the sky and the clouds to the silvery undersides of leaves fluttering in the breeze. Humboldt had described landscape painting as a kind of visual poetry, requiring a heightened sense of awareness and aptitude on the part of the artist. Church marked one such passage in his copy of Cosmos:

The azure of the sky, the form of the clouds, the vapoury mist resting in the distance, the luxuriant development of plants, the beauty of the foliage, and the outline of the mountains, are the elements which determine the total impression produced by the aspect of any particular region. To apprehend these characteristics, and to reproduce them visibly, is the province of landscape painting; while it is permitted to the artist, by analysing the various groups, to resolve beneath his touch the great enchantment of nature—if I may venture on so metaphorical an expression—as the written words of men are resolved into a few simple characters.

Humboldt envisioned the artist as a scientist and a poet, capable of distilling the essence of nature while retaining the specific character of the local landscape. The wilderness aesthetic that fueled both the prominence of the Hudson River school and more broadly America’s cultural identification with nature was well established. Church’s acute powers of observation were a perfect match for Humboldt’s exultation in observing and marveling at these details in nature. It was Humboldt’s second recommendation that rang true for Church: that the artist should also see the world as a scientist—well-read in natural philosophy and observant of nature and its processes, so that he could invest his works with scientific truth as well as aesthetic merit.

Humboldt’s Cosmos was perfectly timed for the launch of Church’s artistic career. The book’s combination of scientific and aesthetic appreciation of the landscape—including the North American landscape—gave Church the framework for contributing to an American cultural identity grounded in that synthesis of art and science.

To learn more about Humboldt’s influence on art and culture in the United States, watch Eleanor Harvey’s tour of the exhibition, which has not yet opened to the public as part of the Smithsonian’s efforts to contain the spread of COVID-19. Harvey also narrates a video exploration of Church’s famous landscape, Heart of the Andes (1859), described as a visualization of Humboldt’s plant geography map.

This post was originally published by the Smithsonian American Art Museum.