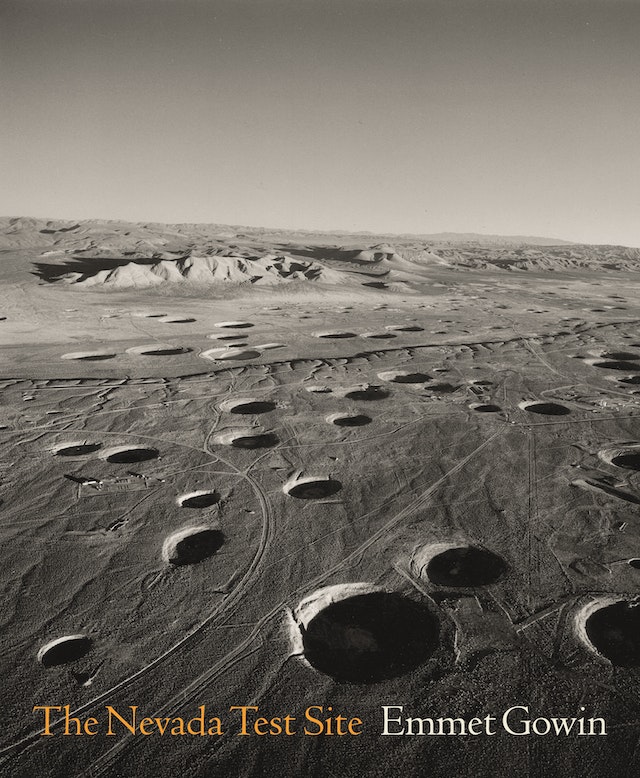 The Nevada Test Site
Available in Hardcover
Buy This

More nuclear bombs have been detonated in America than in any other country in the world. Between 1951 and 1992, the Nevada National Security Test Site was the primary location for these activities, withstanding more than a thousand nuclear tests that left swaths of the American Southwest resembling the moon. In The Nevada Test Site, renowned American photographer Emmet Gowin (b. 1941) presents staggering aerial photographs of this powerfully evocative place.

Gowin remains the only photographer granted official and sustained access to the Nevada Test Site. For this book, he has revisited his original negatives, made in 1996 and 1997, and fully three-quarters of the images featured here have never been published before. These images show blast areas where sand has been transformed to glass, valleys pockmarked with hundreds of craters, trenches that protected soldiers from blasts, areas used to bury radioactive waste, and debris left behind following tests conducted as deep as five thousand feet below the Earth’s surface.

Emmet Gowin is emeritus professor of photography at Princeton University. His many books include Emmet Gowin and Mariposas Nocturnas (Princeton). His photographs are in collections around the world, including at the Art Institute of Chicago, the Morgan Library and Museum, the Cleveland Museum of Art, the J. Paul Getty Museum, the Metropolitan Museum of Art, the Museum of Modern Art, and the Tokyo Museum of Art. Robert Adams is one of the most esteemed American photographers working today. His work has been published in more than thirty books.