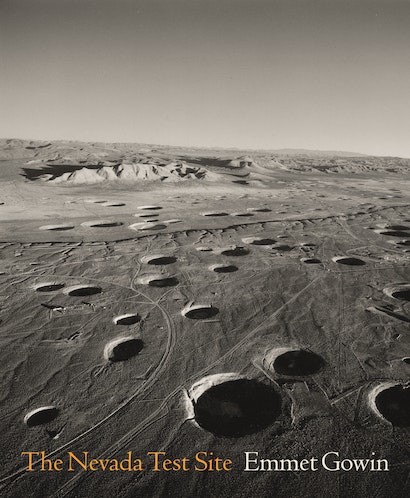 More nuclear bombs have been detonated in America than in any other country in the world. Between 1951 and 1992, the Nevada National Security Test Site was the primary location for these activities, withstanding more than a thousand nuclear tests that left swaths of the American Southwest resembling the moon. In The Nevada Test Site, renowned American photographer Emmet Gowin (b. 1941) presents staggering aerial photographs of this powerfully evocative place.

Gowin remains the only photographer granted official and sustained access to the Nevada Test Site. For this book, he has revisited his original negatives, made in 1996 and 1997, and fully three-quarters of the images featured here have never been published before. These images show blast areas where sand has been transformed to glass, valleys pockmarked with hundreds of craters, trenches that protected soldiers from blasts, areas used to bury radioactive waste, and debris left behind following tests conducted as deep as five thousand feet below the Earth’s surface. Together, these stunning, unsettling views unveil environmental travesties on a grand scale. An essay by Gowin delves into the history of his work at the site, including his decade-long efforts to secure entry, the photographic equipment and techniques employed, and what the images mean to him today.

With a foreword by photographer and writer Robert Adams, The Nevada Test Site stands as a testament to the harms we inflict on our surroundings, the importance of bearing witness, and the possibilities for aesthetic redemption and a more hopeful future.

A look inside The Nevada Test Site

Emmet Gowin is emeritus professor of photography at Princeton University. His many books include Emmet Gowin and Mariposas Nocturnas (Princeton). His photographs are in collections around the world, including at the Art Institute of Chicago, the Morgan Library and Museum, the Cleveland Museum of Art, the J. Paul Getty Museum, the Metropolitan Museum of Art, the Museum of Modern Art, and the Tokyo Museum of Art. Robert Adams is one of the most esteemed American photographers working today. His work has been published in more than thirty books. 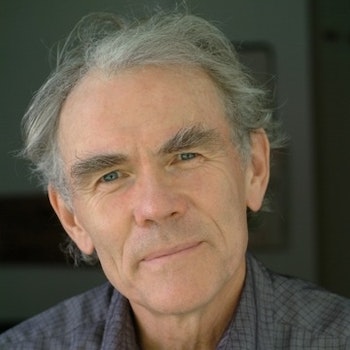 "Gowin’s richly saturated prints intensify the contrast of light and shadow, accentuating the land’s man-made and natural features. The artificial geometry of roads and waste-storage pads stands out from the organic undulations and gradient washes of the desert, although the two blend together in sites of intensive activity, where human drivers left behind their unruly tracks. . . . His pictures are proof that even humanity’s vilest weapons can’t entirely void a place of its dignity. As the world warms, the sea rises, the forests burn, and our fellow-creatures suffer, there will still be beauty. Beauty to take comfort in. Beauty to mourn."—Max Norman, New Yorker

"The only photographer to have been granted official and sustained access to [The Nevada Test Site], Gowin revisits his original negatives from 1996 and 1997 in his new book. The Nevada Test Site evinces the chilling impact of nuclear weapons on the natural world, reminding us too of the deadly threat they continue to pose to humanity at large."—Madeleine Pollard, Financial Times

"The Nevada Test Site is among the most compelling landscapes in the United States. Each anthropogenic feature, large and small, is surprising, astounding, intriguing, and mysterious. Emmet Gowin’s photographs make this case so eloquently."—Matthew Coolidge, founder and director, Center for Land Use Interpretation

"The Nevada Test Site is an important volume for followers of photography and of Emmet Gowin’s artistic revolution, and for anyone inclined to face the devastating history of nuclear proliferation in the United States. In Gowin’s thoughtful narrative, his skills as a storyteller shine and his voice—meditative, personal, allusive, self-deprecating, and informed—comes through beautifully."—Joel Smith, Morgan Library & Museum