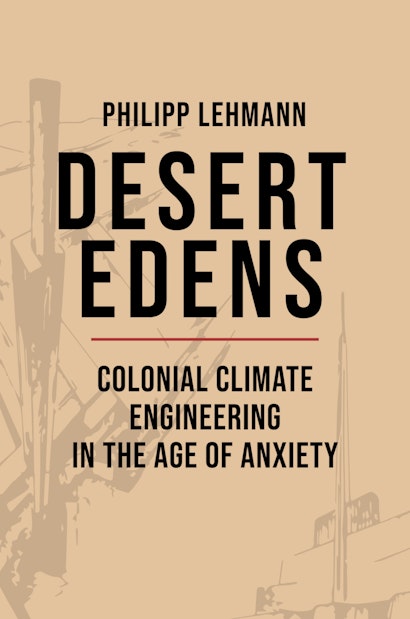 “Generation Dread,” “The World as We Knew It,” or “Global Burning.” This is just a small sample of book titles from this year that deal with global warming and its environmental, socio-economic, political, and cultural consequences. Since the last decades of the 20th century, when climate change was just beginning to crystallize as one of the most important—and, in some places, most divisive—issues surrounding the future of humans on earth, we are now faced with the incontrovertible reality of rising sea levels, melting polar ice caps, and frequent extreme weather events. Global warming has become a well-grounded global anxiety, which has found its most dynamic expression in the Fridays For Future movement, in which high school students have taken to the streets to protest the perceived inaction of their governments to slow down the rate of climate change.

While the Covid-19 pandemic, the rise of right-wing politics in Europe and the United States, and the Russian invasion of Ukraine have commanded some of the media limelight over the past five years, global warming has remained in the headlines. This is a testament to how visible the effects of climate change have been, as well as how deeply entrenched global warming has become in the public consciousness. More than that, as a recent study has revealed, climate change has grown to be a cause of stress, anger, and anxiety, especially among children and young people around the globe.*

Environmental anxieties—or rather anxieties about the human destruction of environments—are nothing new. Growing up in Germany in the 1980s, I remember the visceral fear of acid rain decimating my beloved forest behind my parents’ house in the town of Marl-Sinsen. Australians may remember similar anxieties about the growth of the ozone hole. People a generation older than me will recall apprehensions about pesticides and nuclear catastrophes. One could go back even further, of course. Fears about droughts, floods, storms, earthquakes, and volcano eruptions have been around throughout human history on earth. And while many of these disasters were not actually man-made, many cultures interpreted them as divine punishment for human transgressions.

Fears about environmental doom and destruction have entailed a wealth of responses and plans, some of them pragmatic (such as the worldwide ban on ozone-depleting chlorofluorocarbons) and some of them idealistic and aspirational (such as the peace movements’ call for absolute pacifism and the abolition of nuclear weapons). Some anxieties have also called upon the imagination of planners, engineers, and architects to envision enormous utopian projects to alter and shape both natural and built environments. In North Africa, colonial fears of large-scale climate change in the late nineteenth and early twentieth centuries inspired a host of environmental engineering projects to counter the perceived climatic deterioration by employing the full force of industrial technology. Some of the most far-reaching projects foresaw not only large programs of afforestation, but also the inundation of parts of the Sahara to effect more precipitation and the creation of new waterways and new settlements along them. European proponents of these plans argued that the Sahara could thus be returned to its allegedly “original,” less arid condition.

These unrealized projects were not just targeting the climate and environment, but also the colonized peoples, whom European officials and scientists commonly deemed unable to care for or even understand their surroundings. Thus, the plans to correct, restore, or improve nature were inextricably bound to the larger colonial project of control and subjugation. Here, the environmental utopias quickly turned into social dystopias of racial exclusion and imperial violence. Herman Sörgel, the German architect behind one of the most gigantic projects of environmental, climatic, and even geographic reconfigurations of the Mediterranean region in the 1920s, saw his plans of terraforming the Mediterranean basin explicitly as an imperial expansion of Europe into North Africa. Fearing the overpopulation of Europe and a possibly deteriorating climate, he openly advocated for the replacement of the indigenous population with white Europeans in an engineered, and thus more amenable, environment.

Today’s anxieties over global warming are much better founded than the hypotheses and speculations from one hundred years ago. In between the all too justified doom and gloom narratives, however, there are also some hopeful, or at least placating, notes. They lay out plans for how to slow down the rate of climate change through energy substitutions or at least arrange ourselves with drastically changing environments and increase the resilience of our social, economic, and cultural institutions. Many of these ideas are a far cry from what could appropriately be described as utopian. Either their scale is too small, or, in aiming to save existing structures and institutions, their intended effects are not far-reaching enough to fit the definition.

In contrast, some of geo-engineering ideas of the recent past and present imagine changes on a large, earth-changing scale. Whether injecting the atmosphere with aerosols or constructing mirrors in space, many of these projects would require massive technological inputs and would lead to immense—and probably unforeseen—environmental consequences. While most geoengineering schemes would undoubtedly also have large societal and cultural impacts, the authors and backers of the plans are usually not too focused on these “corollary” concerns.

If environmental anxieties have indeed inspired utopian ideas, there may still be space for new plans and projects today. Rather than purely technological solutions, however, the times of global warming require more holistic thinking that can suggest strategies of not only how to live, but how to live as well as possible in times of rapidly changing climates and environments. These cannot be blue-eyed visions: the costs of climate change are huge and manifold, and they are borne disproportionately by the poor and the marginalized around the globe. A good dose of utopianism, however, could encourage us to think about what society we would ideally like to achieve in environments shaped by global warming. It is to be expected that we will never achieve that ideal society, but that is beside the point. Utopian ideas, if used correctly, can inspire us with visions of a desirable future that can serve as a distant beacon to orientate our more mundane and pragmatic efforts.