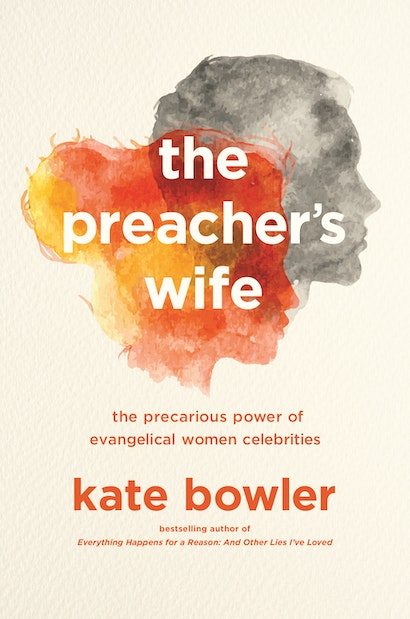 The Preacher's Wife
Available in 4 editions
Buy This

This month’s Book Club Pick is The Preacher’s Wife by Kate Bowler. In this book, Bowler tells the story of an important new figure that has appeared on the center stage of American evangelicalism—the celebrity preacher’s wife. Whether standing alone or next to their husbands, the leading women of megaministry play many parts: the preacher, the homemaker, the talent, the counselor, and the beauty. The biggest stars—such as Beth Moore, Joyce Meyer, and Victoria Osteen—write bestselling books, grab high ratings on Christian television, and even preach. In this engaging book, Kate Bowler offers a sympathetic and revealing portrait of megachurch women celebrities, showing how they must balance the demands of celebrity culture and conservative, male-dominated faiths. Nadia Bolz-Weber, New York Times bestselling author of Pastrix, writes, “Bowler managed to help me understand these women, marvel at these women, and even respect the creative tenacity of these women, when on my own, and without her guidance I would have only ever criticized these women—and for that I am grateful.” This is an ideal selection for book groups who are fans of Frances FitzGerald’s The Evangelicals or Kevin Kruse’s One Nation Under God or for groups who are interested in discussing women’s role in modern American religion.

Kate Bowler is the author of Blessed: A History of the American Prosperity Gospel and the memoir Everything Happens for a Reason: And Other Lies I’ve Loved. She is associate professor at Duke Divinity School. Twitter @KatecBowler