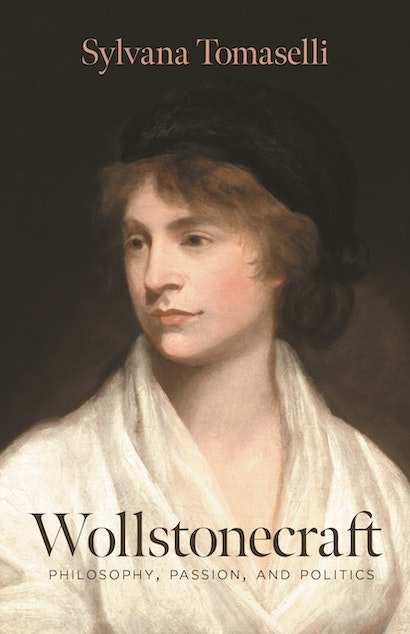 Wollstonecraft
Available in 2 editions
Buy This

Tell us how you came to the give Wollstonecraft: Philosophy, Passion, and Politics its particular shape.

ST: I had written on Wollstonecraft over the years, starting with an introduction to an edition of her A Vindication of the Rights of Men, A Vindication of the Rights of Woman, and Hints for Cambridge University Press. Looking out the window at the treetops of my College’s magnificent chestnuts, I thought here I go again listing all Wollstonecraft aborded. Did she like trees? Did she like anything? Was she all doom and gloom? This led me to reflect on what she said she liked and loved.

This tells us about some of the book’s content, not its format.

ST: Once I had decided to try to avoid going over the same terrain I had covered over the past, and to focus instead on Wollstonecraft’s  more life-asserting aspects, so to speak, I was at loss as to go about it. I wondered whether she might give me a clue. She did. I copied the format she adopted in her first published work, Thoughts on the Education of Daughters: With Reflections on Female Conduct, in the More Important Duties of Life (1787). That work brought together her reflections on a variety of subjects under eponymous headings, such as ‘The Nursery’, ‘Moral Discipline’, and ‘Dress’. Imitating her, I gathered her thoughts on the theatre, music, poetry, nature and other topics under such headings.

The book addresses four questions. How did you come to these?

ST: I have been teaching Wollstonecraft for many years now and apart from asking myself what she liked and loved, which is the first question the book considers, I thought of the questions students often ask, and grouped them under three further issues: What did Wollstonecraft think of human nature? What did she think was wrong with the world? What would she consider a better world? The book seeks to answer these questions drawing on all her writings.

These questions seem to be interlinked.

ST: Yes, they led to one another and what seemed at first somewhat artificial, an imposition on the material, proved the opposite, for example, explaining Wollstonecraft’s belief in humanity’s natural benevolence, called for an account of how the world came to be everything but, in her eyes, and that, in turn, called for what hopes she had for a different future, another possible world.

You said that you tried to avoid ‘isms’ in the book. Why is that?

ST: The more I study the history of philosophy and political theory as well as politics, the less I find attributions of ‘isms’ helpful. As there are so many variants under the umbrella of rationalism, empiricism, liberalism, republicanism, socialism, feminism and so forth, the time and energy needed to specify, distinguish and clarify which particular strand of a given movement one has in mind in applying the label to an author’s thought, the endeavour seems counter-productive. It tends to lead to nit-picking and confusion. Labelling Wollstonecraft or anyone else whose thought I study has never helped me understand them. It may others and that is absolutely fine. It just does nothing for me.

What will the reader make of Wollstonecraft after reading your book in that case?

ST: I tried to present her as she thought of herself, that is, as a philosopher and a moralist. She had a lot to say about just about everything. She thought hard about many issues, all of which remain ours. She did not live long enough to give some topics as much reflection as she must have thought they merited. What is more, what is particularly attractive about her, is that she revisited and revised her views over time. She was opinionated, but not dogmatic.

You seem to like her.  Do you think your readers will?

I like thinking with her. I hope readers of the book also will.