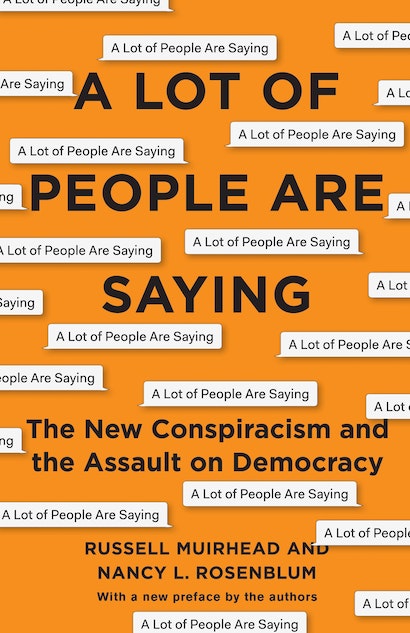 We are pleased to introduce the third episode of the Princeton University Press Ideas Podcast, an interview with Nancy Rosenblum and Russel Muirhead, authors of A Lot of People Are Saying.

Conspiracy theories are as old as politics. But conspiracists today have introduced something new—conspiracy without theory. In the era of Donald Trump’s presidency, this new conspiracism has moved from the fringes to the heart of government. In A Lot of People Are Saying, Russell Muirhead and Nancy Rosenblum show how the new conspiracism differs from classic conspiracy theory, why so few officials speak truth to conspiracy, and what needs to be done to resist it.