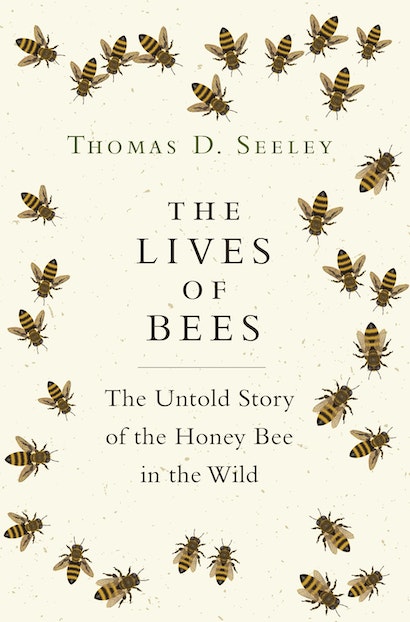 The Lives of Bees
Available in 3 editions
Buy This 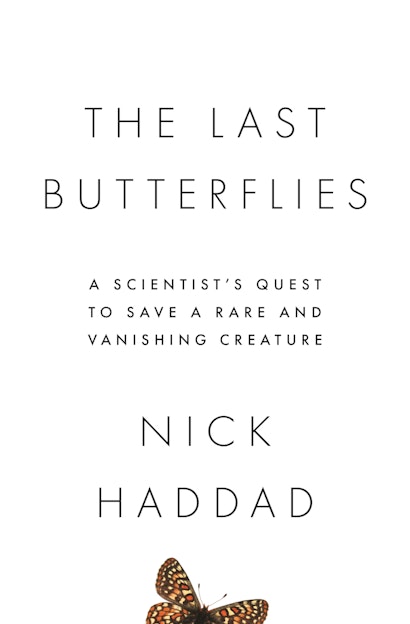 The Last Butterflies
Available in 3 editions
Buy This

We asked Thomas Seeley and Nick Haddad to sound off on why insect conservation is important, and to reflect on the magnitude of the loss of key populations.

Thomas D. Seeley, author of The Lives of Bees

There is no doubt that humans are now the primary movers and shakers of the natural world.   We are busy tearing down the planet’s forests and, in one way or another, we are appropriating some 40 percent of the solar energy captured by plants.  But we are not self-sufficient.  We depend on what Edward O. Wilson has called “the little things that run the world”:  the insects and other invertebrates, which together form most of the biomass in terrestrial habitats.  If humans were to disappear from the planet, then life on Earth would certainly go on.  Indeed, it would begin to heal itself.  But if insects were to disappear, then our species and countless others would go extinct, because most of the flowering plants—including those that produce the fruits and vegetables we eat—would die out for lack of pollination.

There is one insect whose pollination services are especially important to us:  the honey bee, Apis mellifera.  This bees’ paramount value to humans was recently quantified in an authoritative, 59-author paper on the contributions of various bee species to crop pollination.  It reports that honey bees provide nearly half of all crop pollination services worldwide.  Remarkably, this one species’ contribution to humanity’s food production nearly equals the combined contributions of the many thousands of other bee species.  Clearly, the conservation of honey bees merits special attention.

One way we can support Apis mellifera is by conserving forests.  They provide habitat for wild colonies of honey bees, and these colonies are important to their species’ long-term survival.  Recent studies of the population genetics of honey bees in the southern and western states of the U.S. have found that wild colonies—those living on their own in hollow trees and the walls of buildings—have far higher genetic diversity than the managed colonies in these states.  This is because commercial beekeepers typically replace the queens in their colonies every year or so using queens purchased from large-scale queen producers, and these replacement queens are the daughters of a small number of “breeder queens” (ca. 600 for the entire U.S.).  These practices create a genetic bottleneck in the population of managed honey bee colonies within the U.S.

Other studies have revealed recently that the wild colonies of honey bees—those not living in beekeepers’ hives—possess effective mechanisms of resistance to a species of parasitic mite (Varroa destructor) introduced from east Asia.  The females of this species feed on the adult and immature honey bees.  They also spread a virus that deforms the bees’ wings and destroys their health.   Approximately 40% of the managed colonies in the U.S. die each year from infections of the deformed wing virus.  The wild colonies are also infested with these mites, but they have better survival because they have experienced strong natural selection for mechanisms of resistance to Varroa destructor.   These include chewing the legs off adult mites and destroying cells of bee brood infested with mites.

Besides conserving forests that support populations of wild colonies, we can help Apis mellifera by revising the practices of beekeeping, to find a better balance between the needs of bees and the desires of beekeepers.  Most of the practices of conventional beekeeping—such as encouraging colonies to grow extremely large, and packing them close together in apiaries—boost the productivity of colonies as honey makers and crop pollinators, but also increase their vulnerability to parasites and pathogens, including deadly Varroa destructor.   To conserve Apis mellifera, we must build a new relationship between human beings and honey bees.  We must revise our methods of beekeeping to bring them more in harmony with the honey bee’s natural way of life.  Only then will we be truly responsible stewards of Apis mellifera, our greatest friend among the insects.

Thomas D. Seeley is author of The Lives of Bees. He is the Horace White Professor in Biology at Cornell University. He is the author of Following the Wild Bees, Honeybee Democracy, and Honeybee Ecology (all Princeton) as well as The Wisdom of the Hive. He lives in Ithaca, New York.

One way they are not representative is in their “value”. Their value might be to ecological systems. However, the earth’s thirty thousand individual Fender’s Blue butterflies might weigh as much as a basketball. These simply cannot be of consequence to interactions with other plants or animals as parts of functioning foodwebs. They are not effective pollinators or herbivores of, or food sources for, other species in their environments. Perhaps their value is in the bigger lessons the understanding of their declines holds for the declines of other butterflies. If so, then knowledge accrued during their decline can provide guidance to avert catastrophic declines of other insects.

Also when I started writing this book, I did not imagine broad implications to other insects that have economic value that can be measured. Data had not yet amassed to support the “insect apocalypse,” a phrase used to refer to catastrophic loss of abundance and diversity of insects. Then in 2014, reports surfaced that Monarchs reached epic low numbers, 97% below their peak two decades earlier. Later that year, a more general survey found declines across butterfly and insect species at the rate of 10% or more per decade. Such broad losses across insects must have substantial cost.

In this context, the rarest butterflies have higher value. Most of what we know about the insect apocalypse is what we know about butterflies. Are the rarest butterflies and Monarchs representative? A chilling picture has emerged. My former student Tyson Wepprich just completed an analysis of butterfly abundances using data collected across Ohio in surveys conducted every week for two decades. He found that butterfly abundances are declining by 2%  /year; abundances are now a third lower than twenty years ago. This is not an isolated case. Tyson reviewed other, decades-long studies in the UK, the Netherlands, and Spain. All of them have found 2%/year decline in butterfly abundances. It appears that, after all, The Last Butterflies is an appropriate book title.

This rate and magnitude of loss is perhaps the best indicator of the cost of insect decline. Considered together, butterflies are the best known group of the earth’s 5.5 million insects. The less substantial evidence that exists for other insects points in the same downward direction. Like butterflies, those insects are herbivores, prey, and pollinators (and, of course, many are predators). They are exposed to the same levels of habitat loss, pesticides, and climate change. The scale of loss of butterflies, even if it is only partially representative of loss of other insects, will cause catastrophic loss of functioning ecosystems on which we all depend.

Circling back around to the rarest butterflies in the world: what is their value? It is certainly not in their importance within their ecosystem, at least not now. Their decline has generated some value in the sense that is provides some guidance for conservation of other insects, animals, and plants. Their true value, however, is intrinsic; when driven to extinction by global environmental changes, loss of value will be to people, and to the earth.

Nick Haddad is author of The Last Butterflies. He is a professor and senior terrestrial ecologist in the Department of Integrative Biology and the W. K. Kellogg Biological Station at Michigan State University. He lives in Kalamazoo, Michigan. Twitter @nickmhaddad