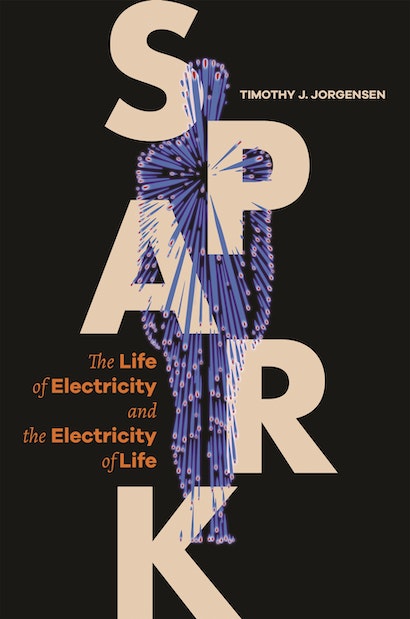 March 14–20, 2022 is Brain Awareness Week—an annual global campaign to generate public support for brain science. Brain Awareness Week was founded by the Dana Alliance for Brain Initiatives (DABI) and the European Dana Alliance for the Brain (EDAB). The goal of this initiative is to foster enthusiasm among people about solving the many mysteries of the human brain. One of these unsolved mysteries is how our brain—the human body’s master electrical organ—actually conducts its electrical business and how it does this job with such remarkable efficiency.

Electrically, the brain remains largely a black box. We send electrical signals in and we get electrical signals out, but what it all exactly means is open to a lot of interpretation and some intense controversy. But if we just look at the brain’s power consumption, we must conclude that the human brain is very “green.” The adult human brain runs continuously, whether awake or sleeping, on only about 12 watts of power. For comparison, a typical desktop computer draws around 175 watts, and a laptop somewhere around 60 watts. And the brain’s power source is renewable; it’s the solar energy stored in food. If the human brain were a computer, it would be the greenest computer on Earth.

The basis for the brain’s greenness is its ultra-high computational efficiency; that is, it can generate a tremendous amount of computational output for the very little power it draws. Studies have shown the brain has higher computational power efficiency than electronic computers by orders of magnitude. This has led to efforts to attempt to design computer architectures to better emulate the brain. The thought is, if computers’ circuitry were to become more brain-like, the power requirements for computers would go way down, which would translate into practical advantages such as smaller batteries and longer times between charging.

How did the brain’s high computational efficiency come about? As I explain in my book, Spark: The Life of Electricity and the Electricity of Life, some contend it was the result of evolutionary pressures that favored individuals with the highest neurological efficiencies. Some evolutionary biologists have even argued that evolution among higher animals has been largely driven by natural selection for neurological efficiency at the level of the neuron. So, by emulating the nervous systems of higher organisms in our electronic design of computers, we might be exploiting design strategies that have already withstood millions of years of natural vetting. But apart from the practical applications of brain science to computers, attempts to develop computer electronics that emulate the circuitry of the brain may lead to a better understanding of how the brain itself actually works, at its most fundamental level.

Yet, this view of the brain as a super green computer is not without its critics. Some claim there are severe limitations on what we can learn about the brain solely through equating its components to computer components. They say true insight into the electrical nature of the brain can be gained only by studying the brain’s electrical activity as a whole. They assert that reducing the brain to computer status does the brain a great injustice, and ultimately fails to gain true insight, because such an approach cannot see the forest for the trees. They, therefore, advocate for complementary large-scale approaches, saying such approaches are critical to understanding the workings of the brain in its entirety.

Some brain scientists are even more hostile toward the metaphor of the brain as a computer. They say the metaphor has long outlived its usefulness and it is now holding us back. Holding us back because the brain-as-computer model ignores what are called emergent properties—the properties that emerge as a system functions and that cannot be predicted just from studying its components. They contend the things we most want to know about brain function, such as the mechanism of consciousness and the nature of sleep, are emergent properties, and thus, inaccessible to us as long as we keep trying to find understanding of the brain in terms of corresponding computer components. This group of neuroscientists generally believes insight into the brain will be obtained through studies of behavior, not by comparison with computers.

This criticism of the brain-as-computer model has been around for a long time. As early as 1951, neuroscientist Karl Lashley decried the use of any machine-based metaphor for the brain. Said Lashley:

Descartes was impressed by the hydraulic figures in the royal gardens, and developed a hydraulic theory of the action of the brain. We have since had telephone theories, electrical field theories, and now theories based on computing machines… . We are more likely to find out how the brain works by studying the brain itself, and the phenomenon of behavior, than by indulging in far-fetched physical analogies.

This is a common sentiment among the modern-day haters of the computer metaphor of the brain. In particular, they believe the heavy focus on studying the brain’s interaction with the senses, as the majority of brain studies do, ignores the true marvel of the brain: its control of behavior. It is the processing and translation of sensory information into appropriate behaviors that, they believe, is the key to understanding how the brain actually works. Regrettably, we know little about how the brain controls the body’s behaviors and, they argue, we are never going to get there by studying the details of things like eye-to-brain visual circuitry. According to them, we will never be able to figure out why, when the eyes see flames, the nose smells smoke, and the ears hear an alarm, the legs then get the body out of the building as fast as possible. When we understand that, we will understand how the brain actually works.

No one knows how many annual Brain Awareness Weeks will pass before we ultimately resolve the brain versus computer controversy. But that doesn’t matter. What matters is that people become aware of many questions that brain science is addressing, and that they become enthused enough about brain research to support and fund it. Hopefully, this research will ultimately lead to cures for the many different brain diseases that cause so much human suffering. The American Brain Foundation estimates that 1 in 6 people worldwide suffer from some brain-related disorder, and there is little hope of relieving people of these illnesses without a better understanding the underlying mechanisms by which a brain actually works. We may not be able to answers all the questions about the brain, but we can certainly become aware of which questions are the most important to ask.

Timothy J. Jorgensen is professor of radiation medicine and director of the Health Physics Graduate Program at Georgetown University. He is the author of the award-winning book Strange Glow: The Story of Radiation (Princeton). He lives in Rockville, Maryland. Twitter @Tim_Jorgensen