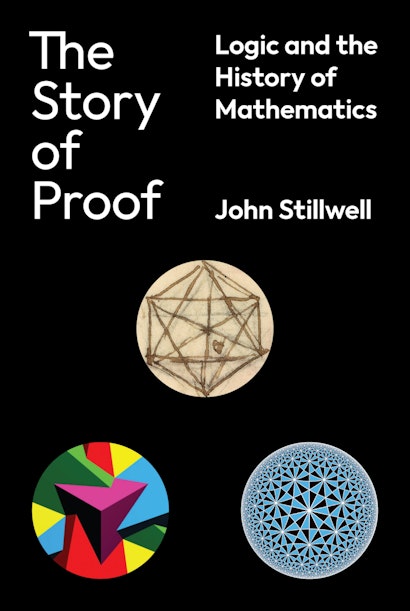 The Story of Proof
Available in 2 editions
Buy This 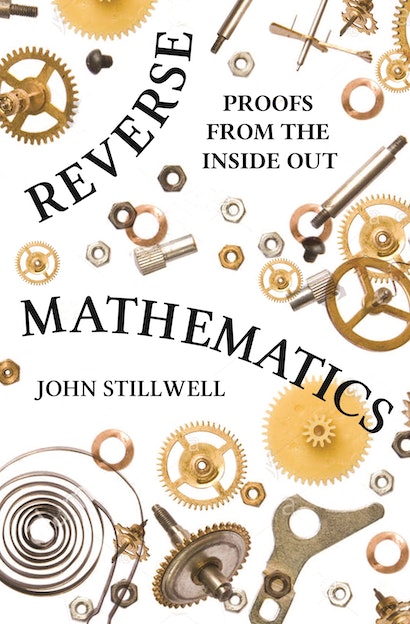 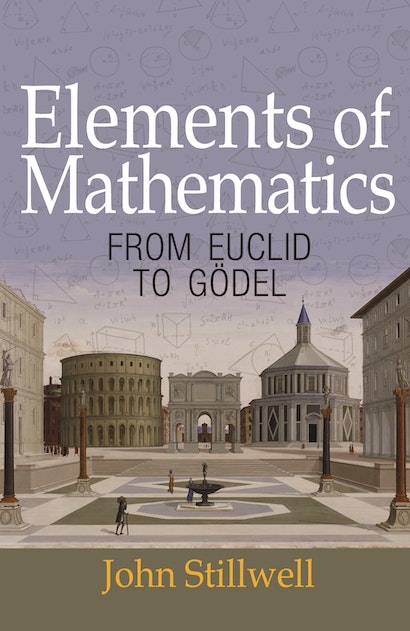 Elements of Mathematics
Available in 3 editions
Buy This

Sorry, I had to get that off my chest. As every mathematician knows, 3.14 is only a rough approximation to π, one that fails to reveal its most fascinating properties, of being irrational and in fact transcendental. (Also, 3/14 is not the way most of the world writes the 14th day of March. For the rest of the world there is Pi Approximation Day, on 22/7, the 22nd of July in the day/month format.)

Nevertheless, 3.14 is not a bad place to start the story of pi. Before the world knew exact expressions for the number we denote by the Greek letter π, the story was one of improving estimates of its true value. Since π represents the circumference of a circle with diameter 1, the difficulty lies in finding the length of a curve—a problem some have thought unsolvable.

These bounds show that the value 3.14 for π is correct to two decimal places.

The decimal approach to pi is an endless rabbit hole, but people have followed it right down to the present day. Now, of course, computers are used, and gazillions of decimal places have been computed. Van Ceulen was remembered by the term “Ludolph’s number” for π, long after his record had been surpassed. The symbol π itself was introduced by William Jones in 1706, but not used universally until the late 19th century.

So much for decimal approximations to π; what is π exactly? The first precise answer was found by the Indian mathematician Mādhava around the beginning of the 15th century. It is given by the endless (but easily comprehensible) equation

This marvellous equation was rediscovered in Europe, by Gregory and Leibniz among others, after the invention of calculus in the 17th century. Should we be disappointed that the formula is infinite and not some fraction like 355/113? On the contrary, as Leibniz pointed out, the formula is beautiful because it incorporates all the odd numbers. It would be disappointing for the formula to end!

We now know that the decimal expression for π also cannot end—or even become periodic—because either case implies that π is a ratio of whole numbers. In 1767 Lambert proved that π is irrational, that is not a ratio of whole numbers. Irrational numbers, such as the square root of 2, are quite common and have been known since ancient times, so after Lambert’s discovery it was still conceivable for π to be finitely expressible with the help of algebraic operations such as square roots. This possibility was finally ruled out by a proof of Lindemann in 1882, showing that π is “beyond algebraic” or what we call transcendental. Lindemann’s paper, incidentally, was perhaps the last to refer to π as “Ludolph’s number.”

Thus it took thousands of years to understand π well enough to realize how strange and beautiful it really is. I would like to conclude with a little known episode in the life of a great mathematician of the 20th century, Alexandre Grothendieck. In his memoir Récoltes et Semailles he recounted his first encounter with π, in the early 1940s. What follows is my translation, which I made some years ago with the help of a colleague, Kais Hamza.

Around the age of 11 or 12 years, when I was interned in the concentration camp of Rieucros (near Mende), I discovered the game of drawing with the compass, and was particularly enchanted with the six-leaved rose obtained by dividing the circle into six equal parts, stepping the open compass around until it returns exactly to the point of departure. This experimental observation convinced me that the length of the circumference is exactly six times that of the radius. Later (at the secondary school in Mende, I believe, where I finally went), having seen in a school book that the relation was supposed to be the more complicated l = 2πR [Translator’s remark: circumference equals 2π times the radius] with π = 3.14…—I was sure that the book was mistaken; that the authors (and no doubt all their predecessors back to antiquity!) had not made the very simple drawing that shows π = 3. Typically, I became aware of my error (which consisted in confusing the length of an arc with the length of the chord between its extremities) when I expressed my surprise at the ignorance of my predecessors to someone else (a detainee, Maria, who kindly gave me free lessons in math and French) at the very moment when I was about to show why one must have l = 6R.

This confidence that a child can have in his own lights, relying on his own faculties rather than taking at face value what is learned at school or from books, is a precious thing. Yet it is constantly discouraged by society. Many will see the experience I have recalled here as an example of childish presumption, one that has to step back and make way for received knowledge—if not ridicule. But as I experienced this event there was no sense of disappointment and ridicule, only a sense of discovery (beyond the one I had hastily interpreted by the formula π = 3): the discovery of the error, and at the same time the discovery that one must have π > 3, because the length of the arc is visibly greater than the length of the chord between its extremities. This inequality, moreover, was in accord with the rejected formula π = 3.14…, which suddenly took on a reasonable appearance. Meanwhile, I had come to realize that the people who had looked at this question were perhaps not so stupid.

John Stillwell is emeritus professor of mathematics at the University of San Francisco. His many books include Elements of Mathematics and Reverse Mathematics (both Princeton).