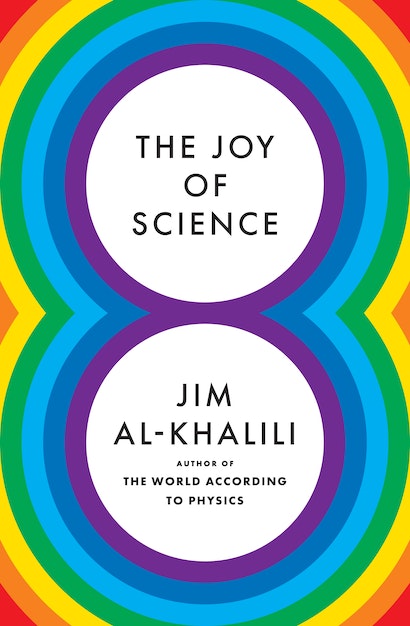 Science, unlike politics, is not an ideology or belief system; it is a process

As a young student in the mid-1980s, I read a popular science book called To Acknowledge the Wonder by Euan Squires about the then latest ideas in fundamental physics. At a time when I was contemplating a career in physics, the chance to acknowledge the wonders of the physical world was what really inspired me to devote my life to science. I still have it on a bookshelf nearly four decades later.

While I will somewhat reluctantly concede that not everyone is as passionate as I am about science—let alone the sort of physics I have spent my life thinking about—I will nevertheless argue here that adopting a scientific approach to thinking about the world and decision-making in our daily lives are things we would all be better off doing a little more of. After all, everyone has to navigate through complicated daily lives, make decisions and acting on them while stumbling through a dense fog of information… and misinformation, not always knowing who and what to trust. The world we live in is daunting, confusing, often overwhelming at times, and it is constantly reminding us of our own ignorance. But there are ways we can make our lives easier and by adopting a more rational and scientific way of thinking.

Over the past two years, we have witnessed a seismic shift in the way people around the world view science: its role and value to society, how scientific research is carried out and its claims tested, and indeed how scientists conduct themselves and communicate their discoveries and results. In short, science and scientists are today under scrutiny like never before because the pandemic has highlighted the fact that humanity cannot survive without science and scientists. But this relationship relies on honesty and transparency on the part of scientists and on trust and an appreciation of how science is carried out on the part of society.

So, let’s get a few things straight. Science is not a collection of facts about the world. That is called knowledge. Rather, science is a way of thinking and making sense of the world, which can then lead to new knowledge. There are many routes to gaining knowledge and insight, whether through art, poetry and literature, religious texts, philosophical debate, or contemplation and reflection. That said, if you want to know about how the world really is then science has a big advantage.

Scientists argue and debate; we test each other’s ideas; we interpret each other’s data, we listen, we modify, we extend—sometimes we give up entirely on a theory or experimental result if new evidence shows it to be flawed. A phrase I particularly love was told to me recently by a physics colleague: scientists can disagree without being disagreeable. Imagine what life would be like if that aphorism could be exported to discourse on social media.

Though there will always be those who fear science and treat it with suspicion, many people now appreciate that the fate of humanity should rest not so much in the hands of politicians, economists or religious leaders, but in the knowledge that we gain about the world through advances in science. Equally, scientists realise that it is not enough to keep the findings of our research to ourselves. We must also put in the effort to explain, as honestly and transparently as possible, how we do our science, what questions we ask and what we have learned, and to show the world how our newly discovered knowledge can best be put to good use.

It doesn’t help the public to make up their minds about what or whom to trust when scientists disagree of course, or when they express uncertainty about their results. Fore while this is an integral part of the way we do science many people can wonder how they can believe anything scientists say if the scientists themselves are never quite sure. Not properly communicating the importance of uncertainty and debate in science is one of the main problems we face today when explaining how we develop our scientific understanding of the world.

The issue of course is that there isn’t a direct line communication between ‘the science’ and the advice given to wider society on what we should believe or how we should all behave, from the wearing face masks to dieting or recycling. Scientists can provide all the evidence they like, whether the results of laboratory experiments or computer models, clinical trial data, graphs and tables, to the conclusions they are able to draw from their results, but in the end what is done with their advice is down to how it is disseminated through the media and how it is turned into policy and acted upon by our politicians.

Whatever anyone might tell you, science, unlike politics, is not an ideology or belief system; it is a process. Much of science is not value-free, particularly in areas that impact our complex daily lives, but the scientific method is designed to correct for this. And wouldn’t it be refreshing if our politicians could show the same integrity and honesty, by admitting mistakes where they are made, as we are taught to do, and certainly try to do, in science?

Jim Al-Khalili is Distinguished Professor of Theoretical Physics at the University of Surrey and one of Britain’s best-known science communicators. He has written numerous books, including The World According to Physics (Princeton); Quantum: A Guide for the Perplexed; and Life on the Edge: The Coming of Age of Quantum Biology. He is a fellow of the Royal Society and lives in Southsea, England. Twitter @jimalkhalili

This essay was originally published by inews.co.uk.