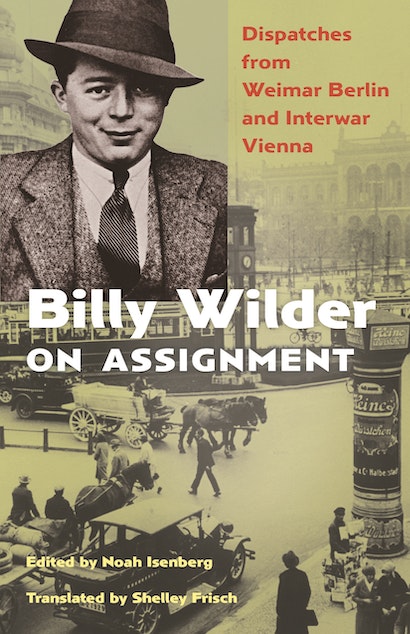 Shelley Frisch’s translations from German, which include biographies of Friedrich Nietzsche, Albert Einstein, Leonardo da Vinci, Marlene Dietrich/Leni Riefenstahl (dual biography), and Franz Kafka along many other works of fiction and nonfiction, have been awarded numerous translation prizes, including the Modern Language Association’s Aldo and Jeanne Scaglione Prize for a Translation of a Scholarly Study of Literature and the Helen and Kurt Wolff Translator’s Prize. Recently, she shared her thoughts about the principles that guide her work, rituals that she turns to as she settles in with a work, and what she enjoys most about translating texts.

Can you tell us about any guiding principles gleaned from translation theory or elsewhere that you bear in mind as you work your way through your translations?

SF: While translation theory can make for interesting reading, its prescriptions don’t seem to have any bearing on how I approach my work. Debates about “foreignization” vs. “domestication,” “faithfulness,” and such don’t aid me in my quest to transform texts into English. But I find inspiration from other writings, as I’ll point out in a moment.

Because I’m an acoustic translator, I find that words need to sound right in combination. Sound does more than convey meaning—it often IS meaning. I would argue that the final product needs to read as well—and sound as good—in the new idiom as it does in the source text. After all, one of the cruelest barbs one can level against a writer’s style in English is to accuse a text of sounding “translated from German.” If the original had a certain zing, so must the translation. When I read over my many drafts, I vocalize and subvocalize to make sure that the ring of the words and flow of the text are just right. The activity is like taste-testing cooking. Perhaps I need a dash of alliteration here, a pinch of sibilants there, and just a smidgen of contrast intonation to bring out the flavor of my sentences. Above all, I need to feel confident that the end result does not read like “translationese,” a flat, plain vanilla, least-common-denominator set of disambiguating gambits.

Language is not just what words mean, but how they mean—what signals they send off as they go about signifying. As Toni Morrison once remarked in an interview, “You rely on a sentence to say more than the denotation and the connotation; you revel in the smoke that the words send up.” There is always an urge to tug at the edges of what the English language allows. James Joyce was asked why he invented so many words for his novel Ulysses: “Aren’t there enough words for you in English?” “Yes,” he replied, “there are enough, but they aren’t the right ones.” I’m also intrigued by John Berger’s declaration, in Confabulations, that “true translation is not a binary affair between two languages but a triangular affair, the third point of the triangle being what lay behind the words of the original text before it was written. True translation demands a return to the pre-verbal.” And Douglas R. Hofstadter may be onto something with his concept of “poetic lie-sense,” by which he means that the translator needs to lie (that is, deviate from the original) for the translated text to make sense to its new readership.

The language of any source text is amply overcoded, brimming with all manner of linguistic markers that can be included, excluded, transfigured, or reworked entirely for the target language. In recreating a work in a new linguistic garb, the translator gets to write not so much a derivative work but a fresh creation that gives rise to its own set of denotations and connotations. Puns are repunned, alliterations realliterated, sentences resentenced.

English is a Germanic language, yet German is considered a difficult language for English speakers to master. What stylistic differences present particular challenges to the German-to-English translator?

SF: German syntax is predicated on what I think of as the “punchline principle”: it groups together the least important elements at the beginning, then crescendos to its key revelations—much like telling a joke. The word nicht, which turns meaning on its head, often appears as the final word of a sentence. And the interminably long wait for the verb (which, like nicht, can occupy the very last syntactical slot), a subject of considerable fun-poking in Mark Twain’s essay “The Awful German Language,” similarly keeps the listener or reader in suspense until the very end. A translator has to figure out the extent to which English can preserve this suspense without adding gratuitous foreignness to the syntactic structure. It’s a tightrope act, and with sufficient (caffeine-fueled) inspiration—and ample perspiration—the translator makes it to the other side without failing or falling.

German is exceedingly space-specific (three different words for “where”); then again, the English language can be oddly structure-specific: “upstairs”; “indoors.” The far more robust use of the subjunctive in German offers a compact and nuanced way of introducing distancing or doubt; English translations often wind up with clunky workarounds. German prose can abound in exclamation marks; retaining those in English would make the text come across as too “golly gee.” And historical texts are often written in the present tense in German, while the past tense appears more natural in English. Differences in what is considered humorous (or even offensive) may also necessitate textual tweaks in the translation.

How do you go about finding books to translate, and what are your translating rituals once you’ve settled in with a text?

SF: I think of myself as a reactive translator (as opposed to a proactive translator who pitches books to publishers). When I’m offered a book to translate, I take the proposed time frame and other practical considerations into account, but first and foremost in my decision-making are a book’s subject matter and style. I’m drawn to works by and about literary and historical figures I already care about deeply (Kafka, Billy Wilder, Early German Romantics), but I also love immersing myself in an area of inquiry that is entirely new to me (competing zoos in Berlin, a history of eunuchs and castrati…). The topic at hand needs to spark my desire to commit months (or longer) to pondering it, which is why, for example, I once turned down a 900-page biography of Goebbels: I simply couldn’t bear the thought of spending so much time with him!

As for translating rituals: I envy colleagues who stay with a section of their translation until it reads well, then move along to the next section. My own method feels self-punishing, but it’s what works for me; I churn out a very rough draft of the full text as quickly as I can, still showing all the signs of the in-betweenness of the evolving new text, with bits and pieces of German interspersed with translated phrases, and slashes dividing the synonyms that come to mind as I type. Now that I’ve confronted the text as a whole, the real work begins—grappling with bedeviling linguistic matters, tracking down information at the library, gulping down coffee during frequent café runs. (I was once interviewed in my favorite café in Princeton, and the published piece carried a photo of me in my “translation sweater” embroidered with big coffee cups.) Portability is this profession’s blessing and curse; you never stop thinking about the plethora of choices as the wordsmith within you invades every last bit of what you’d hoped might be your “down time.” Once I’ve gone through umpteen drafts and am as satisfied as I’ll ever be that the linguistic and factual challenges have all been addressed, I come to the final draft, which is all about the acoustic dimension. Now I need to fine-tune the cadences until the text sounds the way I’d hoped, and off it goes to the publisher. I’m especially pleased when reviewers describe my published translations as “punchy” or “zingy.”

Are there notable differences between translating nonfiction and fiction?

SF: The process is remarkably similar. Contrary to popular belief, nonfiction translation entails equal dedication to the rhythm and overall musicality of the language. Nonfiction also demands a great deal of fact checking and wrapping your mind around the lingo of the text’s field(s) of inquiry (learning to “talk the talk” of physics, for example, when you’re translating an Einstein biography). The learning curve can be exhilarating. I’ve “worked on” atomic clocks and atomic bombs, and written on topics ranging from castrati to condoms to communism to Kafka (for the sake of alliteration?).  The linguistic fingerprint I strive for blends the author’s and my idiolects with the modes of expression specific to the subject matter. I have elsewhere described my acquisition of the requisite voice for these nonfiction texts as “a dizzying leap to quasi-expertise on the widest variety of themes.”

Translators get typecast early on. I guess editors have determined that my turf is complex works of nonfiction that others would run from. Though I’ve also translated works of fiction—enjoyably so—nonfiction is a pleasure all its own, a deep dive into fields that lie outside my usual range but invite me in as I translate. Nonfiction broadens my horizons by enabling me to write with a (faux-)authority that ripens into true understanding. I love what I do.

You’ve been in the field of translation for decades. What do you most enjoy about this profession?

SF: I love working—and playing—with words, seeking out the perfect acoustic elements, and indulging in wordplay of the punnish variety if the text allows (and sometimes even when it doesn’t!). Translation can be a wonderfully liberating form of writing. The novelist Nancy Mitford called translation “the pure pleasure of writing without the misery of inventing.” And Gregory Rabassa, the translator most closely associated with his masterful English-language rendition of Gabriel Garcia-Marquez’s One Hundred Years of Solitude, similarly declared that the translator is the “ideal writer, because all he has to do is write; plot, theme, characters, and all the other essentials have already been provided, so he can just sit down and write his ass off.”

Shelley Frisch’s most recent translation for Princeton University Press, Billy Wilder on Assignment, was published in April 2021, and a new annotated edition of Kafka’s aphorisms is forthcoming in March 2022.