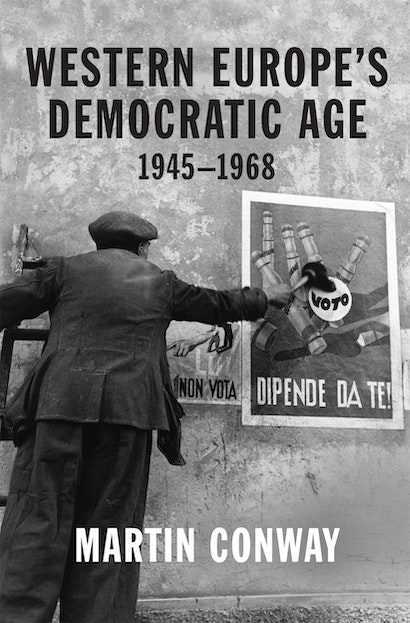 The collapse of the Western-backed regime in Afghanistan in August 2021, and the subsequent images of the chaotic retreat of the American-led forces from Kabul Airport—grandiosely named after the former President of a now-defunct regime, Hamid Karzai—fits easily into the photo album of contemporary history. It has all the constituent elements of power and pathos: the abandoned offices and weapons, the withdrawal of the last units of grim-faced soldiers, the desperate efforts of civilians to join the exodus, and the chaotic attempts of the predominantly young male insurgents to assert their authority over an unruly society. We have seen it all before: most obviously in Saigon in 1975, but also across many of the sites of European decolonization—notably Palestine in 1947–8 and Algeria in 1962—as well as, in different ways, in Central and Eastern Europe in 1989, and in Iraq in 2004. The dramatis personae and the predominantly urban landscapes of these moments of liminal change have varied, but the visual formulae—as captured in the press photography, newsreels, and real-time news reports—remain remarkably similar.

But this time the logics, and the consequences, seem rather different. The Western powers have lost wars—larger in scale and in more strategic locations—before. Moreover, the ignominious demise of the Afghan regime, and of its armed forces, serves only to confirm the truth already well established from Iraq and Libya that attempts to convert an initial military victory into a more durable structure of rule are rarely successful in impoverished societies decimated by war. It is not therefore the pattern of the events which surprises: a regime based on military technology crumbled in the face of an improvised guerrilla movement that proved better able to negotiate—at least in the short term—the regional and ethnic fissures of Afghan society. But, rather, the way in which the retreat from Kabul appears to mark the terminus of a particular era of Western ascendancy. The driving forces of this process owed much to wider forces. In contrast to the deliberate mobilization of the early Cold War, the new-found globalism of the 1990s and 2000s was prompted by the disintegration of the Soviet Union and its network of alliances, as well as of a surge in small groups of militant radicals inspired by a version of Islamic ideals. What began as an ad hoc response to largely unexpected events acquired however a more defined character, as the USA and its allies developed new techniques and legitimations of interventions, in the territories of the former Yugoslavia, in Afghanistan and Iraq, and in a number of African states. The hard power of high-tech military force combined with the soft power of economic and development aid seemed to offer the possibility of transporting economic growth, political pluralism and civil rights beyond the frontiers of the West. Democracy had, it seems, broken out of the geographical frontiers of its post-1945 refoundation, and had become a product for transplant. Its success would be measured by the indices of social development—the provision of schooling, primary health services, and the establishment of a range of civil rights. If this was imperialism, then it was embedded in new definitions and languages of liberal freedoms.

It is the demise—both symbolic and real—of that model of intervention in Afghanistan that invests recent events with their wider significance. The West, it seems, has arrived at a second moment of decolonization, except that this time its consequences are most evident for the USA. In his attempt to provide a rationale for an unforeseen collapse, President Biden has hastily declared an end to the US policies of intervention that had in different ways characterised all of the US presidencies from Clinton onwards. Regardless of whether that definition of a new direction proves durable, the will and the opportunity for significant new Western interventions seems limited. Part of the explanation lies in the shifts that have occurred over the last two decades in geopolitical relations. The era of superpowers has been replaced by a new regime of regional powers ­—notably China, Russia, Turkey and India—which are actively resistant to Western influence. But the more profound logics seem to lie closer to home. Both during and after the Cold War, the outward projection of Western power rested on a confidence in the values and model of society that it represented. That has been much diminished over recent years. The narratives of the twentieth century—above all those of victory over Nazism—no longer retain the same force, as they slide quietly from personal experience into past history. At the same time overdue reckonings with the past legacies and present realities of colonial rule and systemic policies of racial discrimination have destabilised the optimistic modern discourse of the construction of a fairer society. Above all, the role of democracy, as the badge of Western values, and less explicitly of its sense of superiority, which it acquired in the decades of reconstruction after 1945 has itself become a focus of contestation between new forms of protest movements of right and left, who variously denounce the failure of governments to reflect the will of the people, or the forms of inequality which it serves to disguise.

There will therefore be no return any time soon to Kabul. Whatever the unpredictable course of the new Taliban regime, it will be the powers of the region—most importantly Pakistan and China—which will exercise the predominant influence over Afghanistan’s development. But the real frontier in this new process of decolonization is not in Kabul, but in the USA and Western Europe. Decolonization is always more difficult to achieve at home than abroad, and the twin challenges for all western societies will not lie on distant frontiers, but in the need to confront the legacies of the imperial past—both historic and more recent—as well as to build a model of a democratic society and politics in which the West can have confidence.

Martin Conway is Professor of Contemporary European History at the University of Oxford and Fellow and Tutor in History at Balliol College. He is the author of a number of books, including Western Europe’s Democratic Age: 1945—1968 and The Sorrows of Belgium: Liberation and Political Reconstruction, 1944–1947.