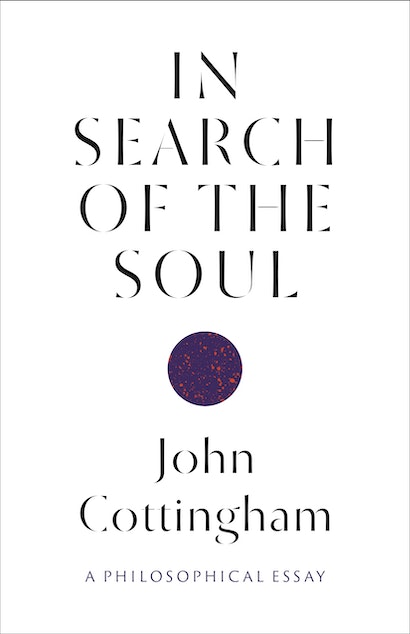 In Search of the Soul
Available in 3 editions
Buy This

Do you think you have a soul? The modern scientific impulse is to dispense with supposedly occult or “spooky” notions like souls and spirits, and to understand ourselves instead as wholly and completely part of the natural world, existing and operating through the same physical, chemical and biological processes that we find anywhere else in the environment.

Nothing in this book denies the value of the scientific perspective, but the concept of the soul nevertheless retains a power and resonance that are still very much alive today. We immediately recognize and respond to what is meant in poetry, novels, and in ordinary speech, when the term “soul” is used. For it alerts us to certain powerful and transformative experiences that give meaning to our lives—­the joy that arises from the sense of being at one with another human being, or the exaltation that wells up within us when we are overwhelmed by the beauty of great works of art, or the wonders of the natural world.

The idea of the soul also connects with certain moral and spiritual values which exert a strong pull on all of us whether or not we are religious. When we hear phrases like “gaining the world but losing one’s soul,” we intuitively grasp what is meant by the loss in question—the kind of moral disorientation and collapse where what is true and good slips out of our grasp and we find we have wasted our lives on some specious gain that is ultimately worthless.

Socrates, the founding father of Western philosophical inquiry, described himself as having a special interest in “the care of the soul,” and this is an enterprise that cannot be undertaken on the level of the intellect alone, but which must involve the whole human person. For each of us, the quest for the soul is connected with the task of self-discovery—­an enormously difficult task, perhaps especially for philosophers, who often fall prey to what Nietzsche called the “hypertrophy of the logical faculty.” Part of my aim in In Search of the Soul is to give some sense of how closely the personal and the philosophical aspects of the quest are intertwined. By exploring the concept of soul in its many dimensions, historical, moral, psychological and spiritual, we come to see its pivotal importance for understanding the human predicament.

We may no longer find it plausible to think of the soul as an immaterial substance; but discovering that our consciousness is intimately linked to the functioning of the brain and nervous system doesn’t take away any of the urgency from the task each of us faces—­the task of finding or recovering the vital moral core of our being that has been called the “soul.”

In the seventeenth century, talking of his indubitable awareness of his own existence as a thinking being, Descartes spoke of “this me, that is to say the soul, by which I am what I am.” And he went on to argue that this core self is entirely non-material. This is one of several landmarks in the long philosophical history of the concept of the soul, which I discuss along the way, taking us from Plato and Aristotle right down to the present day, and to the continuing debates over the nature of consciousness and its relation to the body. We may no longer find it plausible to think of the soul as an immaterial substance; but discovering that our consciousness is intimately linked to the functioning of the brain and nervous system doesn’t take away any of the urgency from the task each of us faces—­the task of finding or recovering the vital moral core of our being that has been called the “soul.”

Beyond the need to keep ourselves alive and physically secure, to be human is to be subject to a deeper demand, the requirement to seek, and to find, our true identity. This will not be a merely factual task, like determining our genetic profile; it will involve measuring what we have so far made of our lives against what we are capable of becoming. We are beings who have an ineradicable impulse to ‘transcend ourselves’, as Descartes’s contemporary Blaise Pascal put it — to reach forward to realize what is best and truest in our nature. The quest for the soul in this sense is far from straightforward, because we are complex and often conflicted creatures, and the depths of the psyche are often hidden from direct awareness. But the demand to undertake this quest is inescapable, no matter how much we may try to stop our ears to it. And in the way we finally respond to it we will either find ourselves or lose ourselves.

John Cottingham is Professor Emeritus of Philosophy at the University of Reading, Professor of Philosophy of Religion at Roehampton University, and an Honorary Fellow of St. John’s College, Oxford. His many books include How to Believe, The Spiritual Dimension, and On the Meaning of Life.