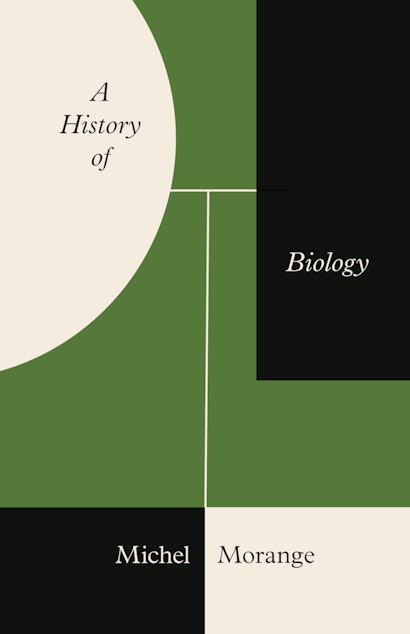 A History of Biology
Available in 2 editions
Buy This

It is impossible to pinpoint the precise moment when the first notions of our modern understanding of biology emerged. Our interest in the natural world is not a new phenomenon—a preoccupation with reproduction, birth, and the nature of disease, as well as descriptions of animal and plant species, can be traced back to ancient times. With the establishment of settled communities and the changes brought about by the Agricultural Revolution, an early biological understanding of the world began to develop. Plants were increasingly employed to treat disease, and with their greater use, efforts to describe them progressed, first in China and India and later in the Middle East. The earliest explanations of the formation of the world and of living things originated in the ancient region of Sumer in Asia, and these were taken up by neighboring peoples and reinterpreted in various ways. The practice of divination and, to a greater extent, the embalming of corpses in Egypt helped advance people’s understanding of human and animal anatomy.

We won’t speculate here as to what gave rise to the development of what we call “science” or to attempts to provide rational accounts of natural phenomena in ancient Greece.

In our look at the history of biology in ancient times, the first period, known as the pre-Socratic period, is of little interest to us. Though Pythagoras (580–495 BCE) and Empedocles (490–435 BCE) attempted to provide overarching explanations of the world, their contributions to biology were limited. The influence of outlying Greek colonies that were in contact with Middle Eastern and Indian civilizations was important in these early stages of the development a scientific worldview. In the field of life sciences, two names are worth mentioning: Anaximander (whom we will touch on later) and Alcmaeon of Croton, who, around 500 BCE, carried out dissections and vivisections, described optical nerves and the Eustachian tube, and made the connection between the formation of thoughts and the brain. Conceptual frameworks were developed, which, while not providing a great deal of substance to add to our biological knowledge, would be drawn upon by later authors and shape the way they thought about the world. These included the nature and number of elements and essential qualities, and the notion that souls animated living beings.

Aristotle (384–322 BCE) is without a doubt the father of biology. Indeed, it was not until the second century CE that Galen, a Greek physician working in Rome, would complete and in some cases correct Aristotle’s physiological works and the medical works of Hippocrates and his followers, and Aristotle’s natural history works would be taken up and distorted by Pliny the Elder in the first century CE. Nonetheless, it is thanks to the latter that these works were passed on and have survived to this day.

Atomists developed their ideas in a parallel fashion, beginning with Leucippus and Democritus in the fifth century BCE, followed by Epicurus in the third century BCE. In the first century BCE, Lucretius would outline the principles of atomism in his poem De rerum natura (On the Nature of Things), which is the only account of atomism from this period that has survived. [1]

A unique feature of the Hippocratic medical school of Kos is that it considered nature to be self-medicating, and thus capable of correcting imbalances as they arose. A physician’s role was therefore to promote this power in the patient.

In the field of biology, it was the Hippocratic model of embryonic development, which would later be labelled as “epigenetic,” that would have the most lasting impact. In this model, the sperm and ova play equal roles in reproduction. These two kinds of “semen” are formed in various parts of the parents’ bodies, and substances produced from similar parts later recognize each other and combine over the course of the development of the embryo, in a process comparable to fermentation. This model allowed for traits acquired over one’s lifetime to be transmitted to the next generation.

In Timaeus, Plato (428–348 BCE) added little new to the work of his predecessors, associating life with the presence of multiple souls and framing illness as resulting from imbalances. He considered the entire universe to be a living being.

Aristotle’s natural history work has always been considered as secondary and subordinate to his work as a philosopher and physicist. [3] More recently, however, historians have reconsidered this view and some have suggested that Aristotle’s natural history and physiological work in fact inspired his work as a physicist and philosopher. [4] Aristotle’s work in physics and philosophy can be best illustrated in the living world, and without this context it is often difficult to understand.

Aristotle’s body of work on natural history is quite substantial. Not only did he put forward one of the first classifications of animals that divided them into species and genera, but his descriptions were also generally very accurate. This precision was drawn from his own observations and experience, but also from conversations with fishers and travelers. This doesn’t prevent us from pointing out the more questionable ideas that can be found in his work. He took a particular interest in the behavior of animals and their lifestyles, and comparisons between human behavior and animal behavior are a recurring theme in Aristotle’s writing, in which humans don’t always come out on top! However, we generally find support for the notion of a hierarchy of beings in his work, with humans at the top.

Aristotle did write a work on plants, although it has not survived. However, his successor at the head of the school, Theophrastus (371–287 BCE), would do for plants what his predecessor had done for animals. This work was the product of four years’ study (between 347 and 343 BCE) undertaken jointly by Aristotle and Theophrastus, which would result in 200 works written by Theophrastus, of which only 2 have survived: Enquiry into Plants and On the Causes of Plants. [5] Theophrastus separated trees, shrubs, and herbs, and paid a great deal of attention to the environmental conditions that were favorable to plants, which is why he is sometimes considered the father of ecology. However, his descriptions of plants are written very much in relation to human needs. He would, for example, describe the conditions that foster the growth of trees to produce wood that is easy to work. A large part of these works is devoted to medicinal plants and their uses, and points out that it is often through similarities in shape or color that plants reveal their therapeutic uses to us.

In the first century CE, Pedanius Dioscorides (40–90) would complete Theophrastus’s work in De materia medica (On medical material) by describing more than 600 substances with therapeutic properties obtained from plants. [6] The great renown of this work stems in large part from the fact that it was accessible both in the West and in the Arab-Muslim world.

Aristotle was not particularly innovative in his thinking on the nature of the elements or essential qualities. However, the distinction he made between matter and form was quite an important one in biology. Examples borrowed from biology and medicine will allow us to better illustrate the significance of these ideas and, as we have seen, it was in thinking about living things that these distinctions became apparent. In his view, disease (and death) are rooted in matter, while essence (or what something must be) stems from form. An animal or a plant belongs to a species, and this association is due to its form and not what it is made of, which does not differ from other animals or plants. Similarly, reproduction is seen as a coming together of matter from the female seed and form from the male seed. This union was used to explain how embryonic development was initiated.

These distinctions among the four causes may seem rather counterintuitive to modern readers. Only the efficient cause is still considered a cause. The material cause is no longer a cause, but rather that which causality acts upon. The formal cause is of no particular use and the final cause is incompatible with our nonfinalistic view of the world and particularly the living world, whereby natural processes are not thought to be driven toward some ultimate goal.

Unlike his anatomic work, Aristotle’s physiology was dependent upon or even “imprisoned” by his philosophical worldview. Thus, due to the prominence he gave to the quality of heat, he believed that the heart, which heated the whole organism, was home to the soul and, for this reason, was the first organ to be formed. For Aristotle, the heat coming from the heart was the work of the soul, and the role of the lungs and the brain was nothing more than cooling.

Aristotle also observed the development of eggs, and, like Hippocrates before him, considered certain steps in this development to be fermentation processes. The quality of his embryologic observations did not preclude him from believing in the spontaneous generation of complex organisms, including certain types of fish.

Aristotle’s finalistic views did not, however, go so far as to exclude mechanisms altogether, when, for example, he described the role of tendons in the movement of limbs. [7]

This essay is an excerpt from A History of Biology by Michel Morange, translated by Teresa Lavender Fagan and Joseph Muise.

Michel Morange is professor emeritus at the Institute for the History and Philosophy of Sciences and Techniques at the University of Paris 1 Panthéon-Sorbonne. His books include The Black Box of Biology: A History of the Molecular Revolution, Life Explained, and The Misunderstood Gene. He lives in Paris.