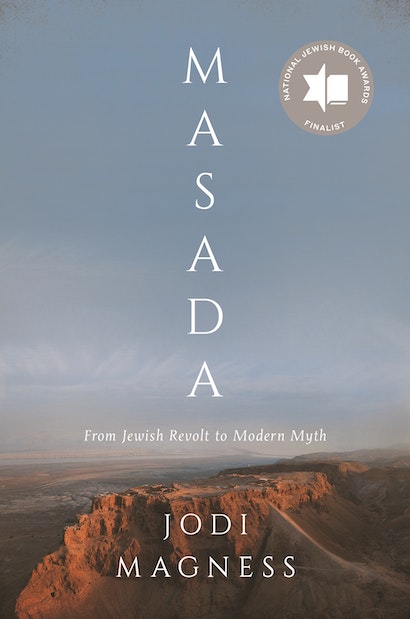 Two thousand years ago, 967 Jewish men, women, and children reportedly chose to take their own lives rather than suffer enslavement or death at the hands of the Roman army. They were the last holdouts of the First Jewish Revolt against Rome, which had ended officially three years earlier, in 70 CE, with an unimaginable disaster: the destruction of Jerusalem and the second temple. During the revolt, these families found refuge atop Masada, a remote fortress on a mountain overlooking the Dead Sea. Now, however, they were besieged by an overwhelming Roman force, and it was clear that the fortress would fall. At this critical moment, the rebel leader, Eleazar Ben-Yair, gathered the men together and convinced them to commit mass suicide. The ancient Jewish historian Flavius Josephus, who lived at the time of the revolt, reports Ben-Yair’s speech as follows:

Long since, my brave men, we determined neither to serve the Romans nor any other save God, for He alone is man’s true and righteous Lord; and now the time is come which bids us verify that resolution by our actions. At this crisis let us not disgrace ourselves; we who in the past refused to submit even to a slavery involving no peril, let us not now, along with slavery, deliberately accept the irreparable penalties awaiting us if we are to fall alive into Roman hands. For as we were the first of all to revolt, so we are the last in arms against them. Moreover, I believe that it is God who has granted us this favor, that we have it in our power to die nobly and in freedom—a privilege denied to others who have met with unexpected defeat. Our fate at the break of day is certain capture, but there is still the free choice of a noble death with those we hold most dear. For our enemies, fervently though they pray to take us alive, can no more prevent this than we can now hope to defeat them in battle … For not even the impregnable nature of this fortress has availed to save us; nay, though ample provisions are ours, piles of arms, and a superabundance of every other requisite, yet we have been deprived, manifestly by God Himself, of all hope of deliverance. For it was not of their own accord that those flames which were driving against the enemy turned back upon the wall constructed by us; no, all this betokens wrath at the many wrongs which we madly dared to inflict upon our countrymen. The penalty for those crimes let us pay not to our bitterest foes, the Romans, but to God, through the act of our own hands. It will be more tolerable than the other. Let our wives thus die undishonored, our children unacquainted with slavery; and, when they are gone, let us render a generous service to each other, preserving our liberty as a noble winding-sheet. But first let us destroy our chattels and the fortress by fire; for the Romans, well I know, will be grieved to lose at once our persons and the lucre. Our provisions only let us spare; for they will testify, when we are dead, that it was not want which subdued us, but that, in keeping with our initial resolve, we preferred death to slavery. (War 7.323–27, 331–36)[1]

So persuaded, each man killed his own wife and children. Then the men gathered together and drew lots, determining which ten of them would put the others to death. The ten remaining men drew lots again, and one man killed the other nine before taking his own life, as Josephus describes:

Finally, then, the nine bared their throats, and the last solitary survivor, after surveying the prostrate multitude, to see whether haply amid the shambles there were yet one left who needed his hand, and finding that all were slain, set the palace ablaze, and then collecting his strength drove his sword clean through his body and fell beside his family. (War 7.397–98)

What a gripping story! But how did the Jews atop Masada reach this point, and how do we know about these events?

Nowadays Masada, a UNESCO World Heritage Site, attracts more tourists than any other archaeological site in Israel except Caesarea Maritima, which benefits from a more accessible coastal location near Tel Aviv. Most visitors come from Jerusalem via a highway along the western shore of the Dead Sea, arriving on the mountain’s east side. Others make the trip from the west, by way of the town of Arad and arriving at the Roman ramp. In the summer months, thousands of youth from abroad form a continuous line, climbing the mountain before sunrise by way of the Snake Path. After the sun comes up, many more tourists pack the cable car for a ride to the top. All these visitors share one goal: to stand on the very spot where a small band of Jewish rebels made their last stand against the mighty Roman Empire.

Josephus’s account of the mass suicide at Masada is so compelling that after Israel was established in 1948, the slogan “Masada shall not fall again” became symbolic of the modern state. The example of Jews putting up a heroic resistance to the death instead of going meekly to their slaughter had great appeal in the wake of the Holocaust and at a time when Israel’s population felt embattled. For many years, the Israel Defense Forces (IDF) held induction ceremonies atop Masada. However, times have changed, and so have perspectives on Masada. For one thing, even those who embrace the mass suicide as a symbol of modern Israel must reconcile it with Judaism’s prohibition against taking one’s own life (although according to Josephus’s account, only the last man died by his own hand). More important, in today’s post-Zionist era the story of Masada has become a less compelling model for Israelis. And scholarly views have changed as well. For example, we shall see that many scholars now believe Josephus’s description of the mass suicide (the only ancient account of this episode) is fabricated—that it never happened!

In this book we examine the story of Masada, using it as a lens through which to explore the history of Judea in the late Second Temple period (mid-second century BCE—first century CE)—roughly the same period covered by Josephus in his account of The Jewish War. This turbulent era witnessed the reign of Herod the Great as well as Jesus’s ministry and death and culminated with the destruction of the Jerusalem temple. Through the story of Masada, we become acquainted with the major Jewish sects of this period: Pharisees, Sadducees, and Essenes. It may be that some Essenes—the same group that deposited the Dead Sea Scrolls in the caves around Qumran—joined the Jewish rebels atop Masada. Examining Herod’s fortified palaces at Masada provides us with an opportunity to explore Herod’s other major building projects, including Caesarea Maritima and the Jerusalem temple. For the history of this period we rely mainly on Josephus, a controversial figure regarded in Jewish tradition as a traitor. We also devote attention to Masada’s modern history, and in particular to the excavations conducted there by Yigael Yadin, who served as chief of staff of the IDF and was arguably Israel’s most famous archaeologist. Yadin’s expedition helped cement Masada’s status as a symbol of the modern State of Israel.

1. Unless otherwise indicated, all translations of Josephus’s works are from the relevant volume of the Loeb edition (Feldman 1965; Marcus 1943; Thackeray 1927–1928).

This is an excerpt from the book Masada: From Jewish Revolt to Modern Myth, by Jodi Magness, now available in paperback.

Jodi Magness is the Kenan Distinguished Professor for Teaching Excellence in Early Judaism in the Department of Religious Studies at the University of North Carolina, Chapel Hill. Her books include The Archaeology of the Holy Land from the Destruction of Solomon’s Temple to the Muslim Conquest.