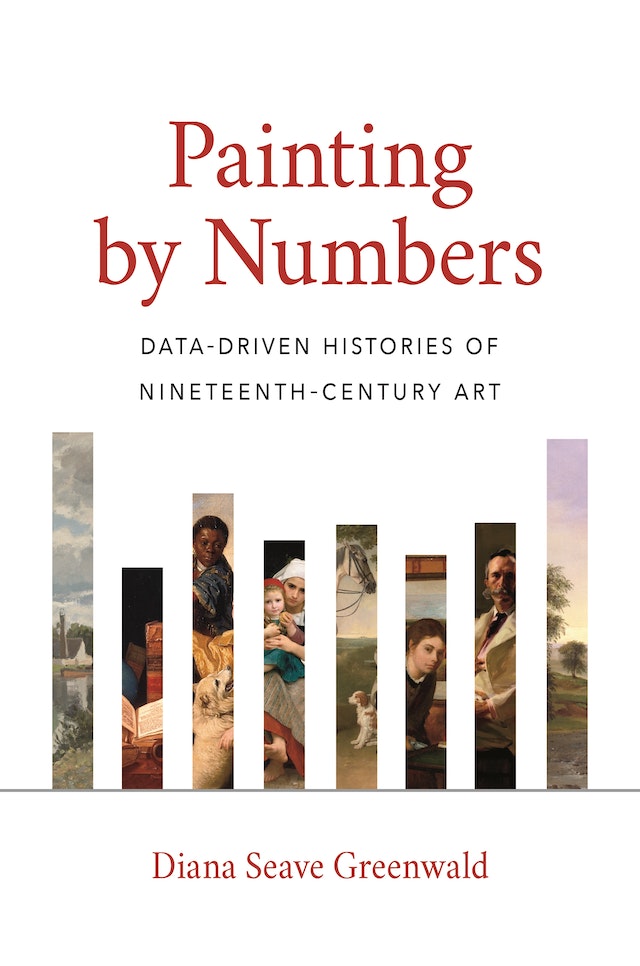 Painting by Numbers
Available in 2 editions
Buy This

In the mid-1960s, the renowned art historian Jules Prown was jeered. He was presenting new research at the annual meeting of the College Art Association, the principal professional art historical association. Prown had used a mainframe in the Yale University computer lab to examine links between the socio-economic backgrounds of American painter John Singleton Copley’s sitters and their preferences in portraiture. His first slide—which showed an IBM punch card, then representative of cutting-edge computing technology—prompted some colleagues to boo. [1] Recounting this experience, Prown recalled:

At first consideration, the art historian and the computer would seem to be eccentric companions. Art historians are concerned with qualitative discriminations that reveal themselves slowly…to the investigations of a trained mind and sensitive eye. The computer…deals with quantitative computations at an unvarying pace with incredible speed. Its monotonous, inflexible, unthinking efficiency sends a shudder down the spine of any self-respecting art historian. [2]

Yet, as he discovered, these apparent enemies can work together. Prown—famous for being a passionate advocate of close looking—had used the punch cards to identify patterns in Copley’s patronage. With the help of a computer and statistics, he could see trends in the artist’s career and oeuvre that were otherwise invisible. The quantitative view complemented the qualitative one.

Despite this analytical success, his colleagues’ vehemently negative response led Prown to believe that art historians would embrace computing to retrieve images and information but resist its more complex analytical possibilities. His prediction has generally proved correct. In Painting by Numbers: Data-Driven Histories of Nineteenth-Century Art, I return to and expand the complementary data-driven modes of inquiry that Prown first engaged with more than fifty years ago.

I trained both as an art historian and an economic historian. These two disciplines may, at first—like the art historian and the computer—seem incompatible. The methodological foundations of art history are, as Prown describes, close looking and focused examination of select artists and works of art. The social sciences, including economics and economic history, are often quantitative and dependent on large datasets; the scale of social scientific evidence is orders of magnitude greater than the number of paintings art historians typically analyze. Furthermore, economic methods provide a zoomed-out view of history, where people and events can—sometimes problematically—be reduced to a collection of data points.

How can one combine these two approaches? By presenting case studies that combine the macroscopic examination typical of economic history with the tightly focused analyses standard in art history. Data can better contextualize the stories of individual artists and objects, and paying close attention to these artists’ stories and their works can provide better insight into the personal choices and details that, in aggregate, become a general trend in the data.

When one creates a data-driven history of art, something becomes immediately apparent: art historians only study a tiny portion of the works that were ever produced. Many artworks are damaged and lost; some pieces are not saleable and therefore never end up in a private collection, and certainly not a public one; museums have limited space and must be discriminating in what they choose to collect. Therefore, only a limited number of artworks ever created will be preserved and available for study. A further narrowing of the sample occurs when disproportionate attention is given to particular artists whose work is well known and accessible—notably, those artists who are currently famous, have ended up in major museum collections, or are featured in typical art history survey courses. The end result of this process is the creation of a limited and potentially biased canon of works that is not necessarily representative of the entire population of works created in a given period or geography.

Working with lists of hundreds of thousands of works shown at nineteenth-century exhibition venues in France, Britain, and the United States, I created datasets that recapture information about a much larger sample of artworks than art historians typically analyze. Going back to this historical source material circumvents—at least in part—the significant narrowing of the selection of artworks one studies and systematically challenges the traditional canon.

Beyond just the radical expansion of the amount of art one can study, engaging with these large datasets about art created in the nineteenth century presents an opportunity to see all sorts of trends in the art world and relationships between artistic and broader socio-economic change. Therefore, Painting by Numbers charts the relationship between industrialization and images of nature in French painting during the 1800s. It also demonstrates how time-consuming domestic burdens and discrimination in museum collecting have hampered nineteenth-century American women artists’ renown. Finally, these new methods have allowed me to track how images of empire were almost nonexistent at London’s Royal Academy, even at the height of British imperial expansion. These findings are, however, just the beginning of the potential of data-driven histories of art.