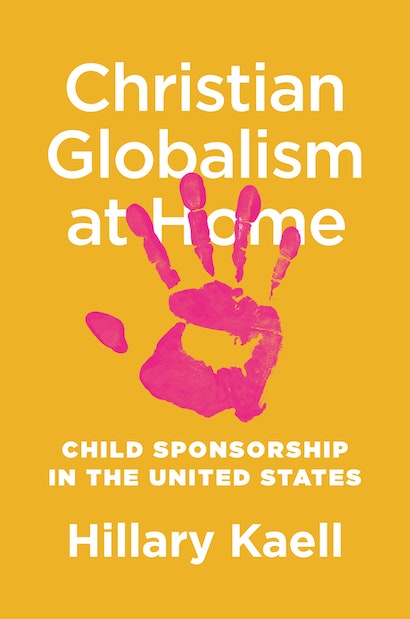 Christian Globalism at Home
Available in 3 editions
Buy This

This spring I waited out months of coronavirus lockdown in Montreal. Heightened isolation has meant many things. In my life, at least, one rather banal outcome is more email forwards. At one point, I received two with a similar theme. The first included a video that has gone viral during the pandemic. Seventy-five college music students, sent back to their respective homes across the United States, collaborated in a long-distance arrangement of the 1965 hit “What the World Needs Now.” Their faces are tiled across the screen as their voices blend together. The second email contained another video along the same lines, this time with musicians performing the same song in outdoor settings around the world. It was professionally produced by U.S. non-profit Playing for Change, which creates music mash-ups “to inspire and connect the world… [to] break down boundaries and overcome distances between people.”

These videos are the latest version of techniques that, for centuries, people at home have used to stoke feelings of connection with absent people and places. Participants, including viewers, are supposed to feel uplift and joy, a sense of togetherness and unity. A lump in the throat, perhaps. A shiver down the spine. We foster such emotions in multiple arenas—think of imagery associated with the United Nations, the Olympics, ecological activism, or humanitarian campaigns. The pandemic has sharpened yearnings for this kind of global “oneness.”

In North America and Europe, oneness ideologies, that is, the idea that all humans are inherently connected, illustrate a mutually reinforcing relationship between Christianity and the majority culture. For Christians, cultivating a sense of global connection has been linked to the belief in one Creator and the ultimate unity of his creation. The voice is an instrument that lends itself especially well to aspirations for unity because of its capacity to blend and harmonize with others. Western Christians have long interpreted harmonious hymns and simultaneous prayers as the vocal style that best approximates a single Divine will. Which leads me back to those email forwards. Neither one is religious. Yet their power is deeply rooted in religious images and ideas.

Europeans brought these ideas with them as they settled colonies around the world. Mid-eighteenth century Protestants issued multiple calls for “prayer concerts” when far-flung churches and missionaries would agree to pray the same words at the same time on the same day. Christians never stopped using these techniques, as the pandemic has shown. Calls for united prayer are coming in from all over the Western Christian world. The UK-based evangelical network 24/7 Prayer is issuing coronavirus alerts to “join a global prayer initiative and stop to pray, twice a day, one voice, in unison with millions of people around the world.” While Pope Francis, tweeting from his @Pontifex account, called on religious believers to unite themselves spiritually on May 14 in a day of prayer and charity “to implore God to help humanity overcome the coronavirus pandemic. #HumanFraternity #PrayTogether.”

Pope Francis’s call is a reminder of the links between vocal harmony, oneness ideologies, and Christian charity. Over the last few years, I have been tracing those connections through the story of child sponsorship. Invented two centuries ago in Anglo-Protestant missions, sponsorship is a fundraising tool that asks donors to give a specific amount on a regular schedule to support an individual abroad. Because sponsorship organizations promise personal relationships across vast distances, they have often led the way in promoting techniques to enhance a sense of oneness and create global connection. Unified singing and prayers, for example. The various techniques associated with sponsorship all share something in common: the attempt to link affective forms of global uplift to individualized giving.

Such messaging has been everywhere during the pandemic. For example, Giving Tuesday, a New York nonprofit, announced a special #GivingTuesdayNow campaign on May 5, 2020, as “an opportunity for people around the world to stand together in unity—to use their individual power of generosity to remain connected and heal.” A “global map of GOOD,” as its website says, uses brightly colored hearts to mark out its growing network of individual gifts.

The roots of such campaigns are found in a late seventeenth-century charitable revolution. Older European charities generally relied on bequests, when a wealthy patron gave money at his or her death. Such giving was expected to quicken the soul’s transition through Purgatory into Heaven. Early modern Protestants changed the theological and charitable game by focusing on the here-and-now. They wanted to see results during their lifetimes, which required a steadier flow of smaller donations. They created charitable corporations to address these concerns by adapting the joint-stock model from early capitalism. Even small givers could have a ‘share’ in God’s projects by donating a set amount of money on a regular schedule. As Europe’s colonial intrusions and acquisitions increased, these everyday Christians became givers on a global scale.

Child sponsorship was embedded in this system. The first U.S. foreign missionaries started North America’s inaugural child sponsorship program just four years after landing in India. It was especially useful in terms of global giving, which is always plagued with problems of trust since donors cannot personally assess the impacts of their donations abroad. The sponsorship system helped address the issue by naming recipients and providing regular updates. Today, one can sponsor all manner of things—a water project, a teacher, or a cow. It remains an enormously popular vehicle for individualized giving for many of the same reasons it appealed to donors two centuries ago.

These strange days of isolation are a chance to reflect on some of the ways that we humans strive to create feelings of connection to those who are absent—including people across the world we know we’ll never meet. A fast-spreading pandemic may shock us into a kind of recognition of human oneness. However, for the Christian sponsors with whom I worked being globally minded doesn’t end there. It’s an everyday task of devotional labor to keep such feelings alive.

No one can predict what will happen once lockdowns end and the pandemic has passed. Whatever the outcome, none of us living through this moment should take the techniques of imagined global connection for granted. They come from somewhere specific and they have significant impacts in the world.

Hillary Kaell is associate professor of anthropology and religion at McGill University. She is the author of Walking Where Jesus Walked and the editor of Everyday Sacred.