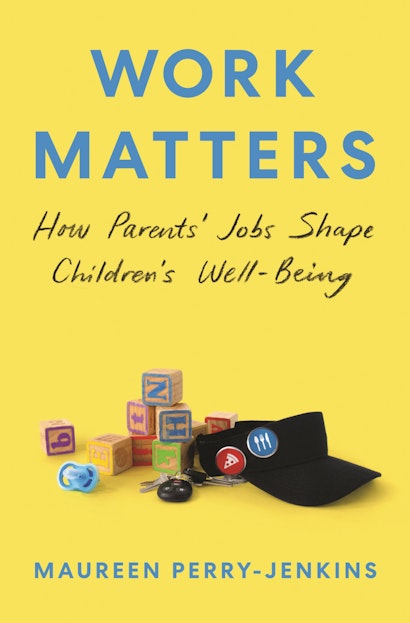 Emma, works as a package delivery driver and she just returned to her paid job 8 weeks after the birth of her baby girl. Distressed about having to leave her baby so soon, Emma decided that the best way to stay connected to her infant was to breastfeed. She asked her boss if she could have permission to return to the main office to pump her milk and then make up the time by coming in earlier or working later. Her supervisor, who she described as being annoyed with her pregnancy from the outset, flatly said “no” to her request. So Emma broke the rules and sat in the back of her truck, through cold winter days in New England, and pumped her milk for her child.

The United States is one of the most unfriendly places in the world to have a child, especially for low-wage, working parents. To date, our current policy initiatives for working families focus on giving parents time away from work to cope with family responsibilities, with policies such as parental leave, sick time, and scheduling flexibility. Of course, these policies matter for working families, however, our research suggests that as important as it is to give parents time away from work, it is also critical to focus on what happens at work, day in and day out. As Emma’s story highlights, unsupportive supervisors can make life as a new mother unbearable. But now consider the story of Janessa.

Janessa is also a new mom who returned to work 3 months after birth. Her supervisor told her to take the time she needed and he paid her through disability insurance. According to Janessa, this is not a company policy; he just made it happen. Janessa looked forward to returning to her job as a packer candle packaging plant. She talked about her supervisor as a “true leader” who supported all his workers. She describe her job as “great fun.” She recently received an award at work for innovation. She figured out a way to connect with her anonymous clients by inserting notes and new sample candle scents into the packages she sent out. Soon customers started requesting that they work exclusively with Janessa. Her supervisor, thrilled with her initiative and performance, asked her to offer training for other workers in ways to connect with customers.

Two low wage jobs; two completely different experiences. As can be seen in these two stories low-wage work has the potential to be fulfilling or deadening for parents. Our latest findings, following children from birth to first grade, indicate that these experiences also hold long term implications for children’s development. The story of Janessa, in particular, flies in the face of much popular opinion which holds that the lives of low-wage, working parents are uniformly miserable and unfulfilling; in fact, all low-wage is not “bad work.” In our study of 370, low-income, working families who were all experiencing the transition to parenthood and, soon thereafter, the second transition back to paid work, there was a vast array of experiences. We heard many stories like Emma’s and Janessa’s; stories filled with joys, miseries, successes and failures that flowed and ebbed over time, as in all families. We wanted to know why some low-wage, working families did so well across the early years of parenthood while others struggled? We also wanted to know how those early experiences shaped their children’s development.

We found that experiences at work, specifically supervisor support, co-worker support, and autonomy on the job during the first year of parenthood predicted better parental mental health over time. So for example, having a supportive supervisor predicted fewer depressive symptoms in new mothers and greater decreases in symptoms over time; a critical finding given that maternal depression is risk factor impeding healthy child development. These same work conditions predicted better social skills and fewer behavior problems in children years later, as they entered the first grade. Even small amounts of schedule flexibility at work, that allowed a parent to attend a child’s doctor appointment or leave work early to pick up a sick child, also predicted better parental well-being. These results suggest that the work conditions of low-wage jobs are an important target of intervention for parents and children.

Our government has invested tremendous resources to address early child development. Millions of dollars have been funneled to programs that support new parents. Yet, few of these efforts consider parents’ work as a site for intervention. So what might those interventions look like?

First, it is important to recognize that autonomy and a sense of control on the job empower workers at all levels of the economic ladder. By giving workers some say in workplace processes and the voice to initiate changes and improvements, they become invested the job. This, of course, is one of the first lessons taught in organizational behavior 101, but what is different is that we rarely consider how to provide low-wage workers with better job experiences. Second, we found that supervisors often want to support their workers but feel caught between the demands of their boss and the needs of their employees. Supervisors also need the autonomy and control to be able to accommodate employees’ unique circumstances.  Finally, the idea that work is a context that indirectly shapes the development of the next generation of our society, through the well-being of working parents, suggests that workplaces may actually be one of the best places to intervene to enhance child development.

Maureen Perry-Jenkins is professor of psychology at the University of Massachusetts, Amherst.