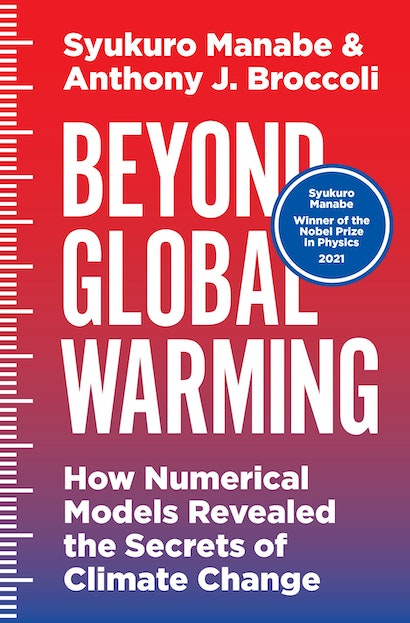 Beyond Global Warming
Available in 2 editions
Buy This

Princeton University Press author Syukuro Manabe is a co-winner of the 2021 Nobel Prize in Physics, awarded by The Royal Swedish Academy of Sciences. Professor Manabe was awarded one-half of the Prize, jointly with Klaus Hasselmann, “for the physical modelling of Earth’s climate, quantifying variability and reliably predicting global warming.”

Professor Manabe’s pioneering work in the use of computers to simulate global climate change laid the foundations for contemporary climate modeling, demonstrating that increased levels of carbon dioxide in the atmosphere are linked to higher temperature at Earth’s surface. According to the Prize Committee, as early as the 1960s Manabe “led the development of physical models of the Earth’s climate and was the first person to explore the interaction between radiation balance and the vertical transport of air masses.” Princeton University describes a 1967 Journal of Atmospheric Sciences paper that he co-authored with John Wetherald as the “first credible report of climate change.”

A senior meteorologist in the Program in Atmospheric and Oceanic Sciences at Princeton University, Manabe is co-author, with Anthony J. Broccoli, of Beyond Global Warming: How Numerical Models Revealed the Secrets of Climate Change. Published in January 2020, the book is a compelling and authoritative firsthand account of how the scientific community came to understand the human causes of climate change, and how numerical models using the world’s most powerful computers have been instrumental to these vital discoveries.