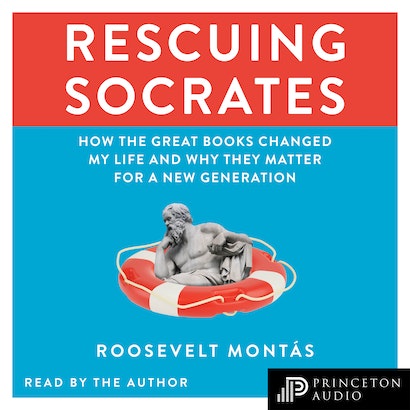 What is the value of a liberal education? Traditionally characterized by a rigorous engagement with the classics of Western thought and literature, this approach to education is all but extinct in American universities, replaced by flexible distribution requirements and ever-narrower academic specialization. Many academics attack the very idea of a Western canon as chauvinistic, while the general public increasingly doubts the value of the humanities. In Rescuing Socrates, Dominican-born American academic Roosevelt Montás tells the story of how a liberal education transformed his life, and offers an intimate account of the relevance of the Great Books today, especially to members of historically marginalized communities.

Montás emigrated from the Dominican Republic to Queens, New York, when he was twelve and encountered the Western classics as an undergraduate in Columbia University’s renowned Core Curriculum, one of America’s last remaining Great Books programs. The experience changed his life and determined his career—he went on to earn a PhD in English and comparative literature, serve as director of Columbia’s Center for the Core Curriculum, and start a Great Books program for low-income high school students who aspire to be the first in their families to attend college.

Weaving together memoir and literary reflection, Rescuing Socrates describes how four authors—Plato, Augustine, Freud, and Gandhi—had a profound impact on Montás’s life. In doing so, the book drives home what it’s like to experience a liberal education—and why it can still remake lives.

Roosevelt Montás is senior lecturer at Columbia University’s Center for American Studies and director of its Freedom and Citizenship Program, which introduces low-income high school students to the Western political tradition through the study of foundational texts. From 2008 to 2018, he was director of Columbia’s Center for the Core Curriculum. He lives in New York City. Twitter @rooseveltmontas 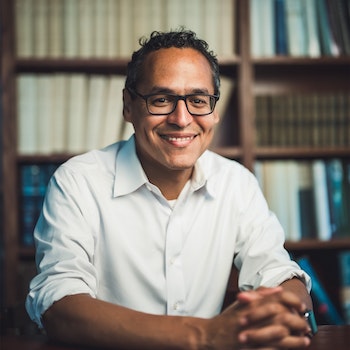 "Roosevelt Montás has written an absorbing and perceptive book about how he, an immigrant from a rural town in the Dominican Republic, came to New York and was engaged and transformed by reading great books. His vibrant account is an autobiography of learning. It should be read by anyone interested in reading and big ideas."—Mitchell Cohen, author of The Politics of Opera: A History from Monteverdi to Mozart

“In Rescuing Socrates, Roosevelt Montás tells his story of moving as a lost, lonely twelve-year-old from the Dominican Republic to New York, then eventually finding himself by studying Aristotle, Augustine, Plato, and many others in the Core Curriculum at Columbia University. Montás takes the reader on an inspiring journey where we come to realize how the power of these texts helped a young immigrant and man of color recreate his heritage and a sense of identity in a foreign land.”—Anika T. Prather, founder of The Living Water School