This audiobook narrated by Jim Lee provides a rich, discovery-filled account of how a forgotten empire transformed the ancient world 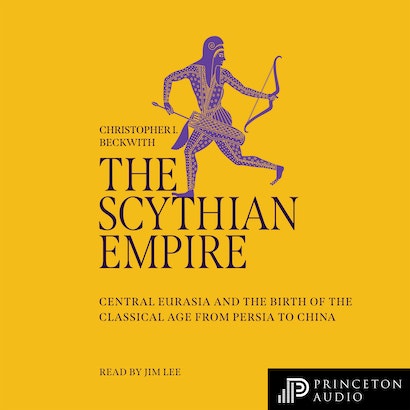 “A revolutionary rewriting of the current dominant view on Ancient Central Eurasia, The Scythian Empire will deeply transform what we believed the Greek, Roman, Persian, and Chinese classical ages were. Christopher I. Beckwith, one of the world’s leading linguists, has made accessible the story of the earliest known steppe empire in what is not only a provocative rethinking of Scythian history but a fascinating exploration of their language, art, and philosophy. Interpretatively audacious, adventurous, and ambitious, The Scythian Empire will generate debates for years and make readers see the history of Eurasia in an entirely unexpected way.”—Marie Favereau, author of The Horde: How the Mongols Changed the World