A classic anthology now available on audio
With narration by Kristin Atherton, who presents the entire range of ancient Greek and Roman stories from myths and fairy tales to jokes 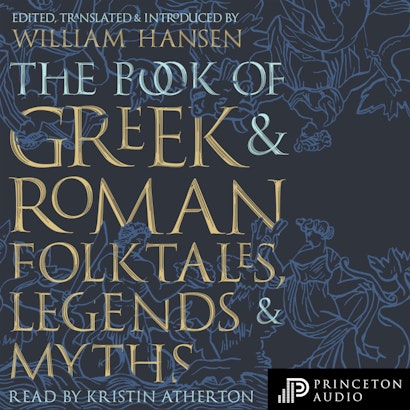 Captured centaurs and satyrs, incompetent seers, people who suddenly change sex, a woman who remembers too much, a man who cannot laugh—these are just some of the colorful characters who feature in the unforgettable stories that ancient Greeks and Romans told in their daily lives. Together they created an incredibly rich body of popular oral stories that include, but range well beyond, mythology—from heroic legends, fairy tales, and fables to ghost stories, urban legends, and jokes. This unique anthology presents the largest collection of these tales ever assembled. Featuring nearly four hundred stories in authoritative and highly readable translations, this is the first book to offer a representative selection of the entire range of traditional classical storytelling. This one-of-a-kind anthology will delight general readers as well as students of classics, fairy tales, and folklore.

William Hansen is professor emeritus of classical studies and folklore at Indiana University, Bloomington, and one of the world's leading authorities on classical folklore. His books include Anthology of Ancient Greek Popular Literature.

"William Hansen's marvelous treasury lets us experience for ourselves the timeless tales that made the ancient Greeks and Romans think, shudder, and laugh."—Adrienne Mayor, author of The Amazons