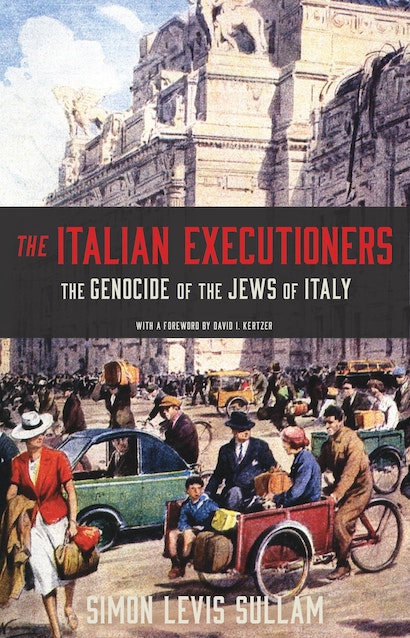 In this gripping revisionist history of Italy’s role in the Holocaust, Simon Levis Sullam presents an unforgettable account of how ordinary Italians actively participated in the deportation of Italy’s Jews between 1943 and 1945, when Mussolini’s collaborationist republic was under German occupation. While most historians have long described Italians as relatively protective of Jews during this time, The Italian Executioners tells a very different story, recounting in vivid detail the shocking events of a period in which Italians set in motion almost half the arrests that sent their Jewish compatriots to Auschwitz.

This brief, beautifully written narrative shines a harsh spotlight on those who turned on their Jewish fellow citizens. These collaborators ranged from petty informers to Fascist intellectuals—and their motives ran from greed to ideology. Drawing insights from Holocaust and genocide studies and combining a historian’s rigor with a novelist’s gift for scene-setting, Levis Sullam takes us into Italian cities large and small, from Florence and Venice to Brescia, showing how events played out in each. Re-creating betrayals and arrests, he draws indelible portraits of victims and perpetrators alike.

Along the way, Levis Sullam dismantles the seductive popular myth of italiani brava gente—the “good Italians” who sheltered their Jewish compatriots from harm. The result is an essential correction to a widespread misconception of the Holocaust in Italy. In collaboration with the Nazis, and with different degrees and forms of involvement, the Italians were guilty of genocide.

Simon Levis Sullam is associate professor of modern history at Ca’ Foscari University of Venice. His previous books include Giuseppe Mazzini and the Origins of Fascism. 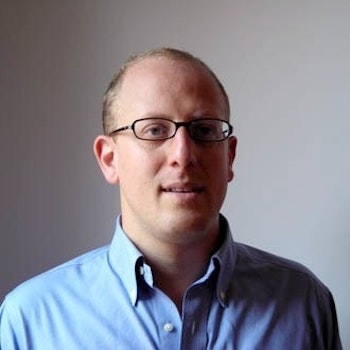 "[A] devastating historiographical counterblast. . . . The picture Levis Sullam paints is layered and locally inflected, rich with regional variation and human stories. . . . The result is an important, proportionate, by turns angry and moving corrective: a call to complete the picture of Italy’s Holocaust, to set alongside the stories of witnesses and righteous rescuers, the portraits of the perpetrators."—Robert Gordon, Times Literary Supplement

"Simon Levis Sullam shatters myths of WWII Italy. . . . Whereas Nazism is completely taboo in Germany, fascism's symbols and ideas remain in full view in contemporary Italy. Right and far right political leaders in recent times, including Silvio Berlusconi, have tried to promote the myth of italiani brava gente in order to obscure the horrific aspects of the Fascism past. In effect, Levis Sullam's Italian Executioners warns against any attempt to make fascism appear normal."—Nick Doumanis, Sydney Morning Herald

"Sullam describes in painstaking detail how ordinary Italians, in collaboration with the fascist police and military, enthusiastically participated in the arrest and persecution of Italian Jews, and how this has been erased from public memory and discourse, replaced by the myth of italiani brava gente—the 'good Italians.'"—Giulia Miller, Times Higher Education

"After decades of silence about Italian citizens’ role in the Holocaust, author Simon Levis Sullam restores the record."—Matt Lebovic, Times of Israel

"At a time when some would prefer to keep ugly facts in the shadows, it is good that Levis Sullam and scholars like him keep working to shine the light of truth."—Michael M. Rosen, Weekly Standard

"These stories are thoroughly sourced and written engagingly, with the myriad anecdotes combining to paint an important picture of Italian complicity in the Nazi-led genocide. The Italian Executioners is a valuable addition to the literature on the Holocaust and a crucial reminder that fascist Italy was no safe haven."—Jeff Fleischer, Foreword Reviews

"Brilliant and authoritative. . . . [Simon Levis Sullam’s] book is short, but it is important for its impressive presentation of factual, largely unknown material and its damning conclusion that Italy failed to come to terms with its complex political and moral responsibilities."—Michael Curtis, American Thinker

"Although this is a relatively short book of 142 pages of text, author Simon Levis Sullam has provided enough research, data and accounts to put the lie to the idea of the ‘good Italians,’ though surely there were some, and has produced a serious indictment and revisionist history of Italy’s collaboration with Germany in committing genocide."—New York Journal of Books

"A well-researched book that shatters the widely-held belief that Italians were brava gente, ‘good people,’ who protected their Jewish fellow citizens from the horrors of the Holocaust. . . . The Italian Executioners was painful reading for me because my 32 years of international interreligious work took me many times to Italy and the Vatican, where I grew to know and admire many leaders of the historic Italian Jewish community who had suffered such great losses. . . . Sullam’s meticulous scholarship, enhanced by his use of Italian language source material, has cast light on a sordid record of bigotry, prejudice, and hatred that until now has remained largely in the shadows. With the current rise of overt anti-Semitism in many parts of Europe, Sullam’s book is a powerful call for Italians to confront their troubled past."—Rabbi A. James Rudin, ReformJudaism.org

"The Holocaust-related book that had the greatest impact on me was The Italian Executioners: The Genocide of the Jews of Italy by Simon Levis Sullam. This short study challenges the common understanding that Italians did not share in the genocidal intentions of their Nazi allies. Sullam details the many ways in which Italians at all levels of society participated in the persecution of Jews, and he explains how the memory of these efforts was suppressed in the aftermath of World War II."—Howard Freedman, Jewish News of Northern California

"The Italian Executioners is a short book. But it’s long enough to make a convincing argument for how frequently ordinary Italians, in Sullam’s words, served as ‘agents and accomplices of the Holocaust.’ There’s an understandable tone of anger, but it’s certainly warranted."—Gordon Haber, Forward

"It is a short book, but hopefully it will be widely read as it is an important contribution to the Holocaust studies and hopefully it will encourage students to look at what happened in other European countries."—Kevin Winter, Manhattan Book Review

"A detailed, harrowing account of the active participation of ordinary Italians in the deportation of Italian Jews between 1943 and 1945, as well as of the subsequent erasure of their responsibilities and absolution of all guilt during the postwar years."—Sergio Parussa, EuropeNow

“In this thoroughly researched and authoritative book, Simon Levis Sullam describes the murderous anti-Jewish policy of the Italian state from 1943 to 1945 and the widespread amnesia that followed the war.”—Saul Friedländer, University of California, Los Angeles

“This nuanced, fine-grained history provides detailed evidence of how Italians collaborated with the Nazis in the deportation of Jews from Italy. The Italian Executioners makes an important contribution to dismantling the idea of italiani brava gente—the ‘good Italians’ who presumably were less eager to collaborate than their French counterparts. Levis Sullam vividly describes how a whole network of Italians—from Fascist officials and police to bus drivers and next-door neighbors—participated in the genocide of Jews.”—Barbara Spackman, University of California, Berkeley

“Combining trenchant writing and scholarly rigor, The Italian Executioners is a brilliant exposure of how Italians were not always the ‘nice people’ of the brava gente myth. One of the many virtues of Levis Sullam’s fine book is its accounts of such places as Venice and Florence, where it is time to accept that there is past darkness to go with all the light.”—Richard J. B. Bosworth, author of Mussolini’s Italy

“If the myth of Italy as an innocent state and of Italians as “good people” (brava gente) lives on, it is in part because Simon Levis Sullam’s book on the Italian executioners has yet to be absorbed, or accepted, by a country still haunted by the specter of Fascism and intent on burying its awkward past. English-language readers will gratefully welcome, as history and warning, this fine new translation of Levis Sullam’s work.”—Kevin Madigan, Harvard University