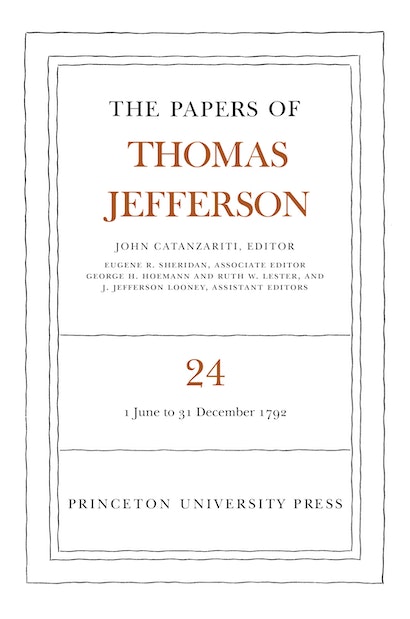 This volume finds Thomas Jefferson grappling with problems arising from the radicalization of the French Revolution in Europe and the polarization of domestic politics in the United States. The overthrow of the French monarchy leads the Secretary of State to suspend debt payments to that nation and to formulate a diplomatic recognition policy that will long guide American diplomacy. After an abortive effort to initiate negotiations with the British minister in Philadelphia on the execution of the Treaty of Paris, Jefferson deflects a British proposal to establish a neutral Indian barrier state in the Northwest Territory. As he awaits the start of negotiations on major diplomatic issues with Spain, he deals with a Spanish effort to incite hostilities between the Southern Indians and the United States. The conflict between Jefferson and Alexander Hamilton reaches a new stage when the Secretary of the Treasury brings the cabinet struggle into full public view with four series of pseudonymous newspaper attacks on Jefferson. In letters to President Washington, Jefferson insists that Hamiltonian policies pose a fundamental threat to American republicanism, and in other documents he sets forth remedies for the defects he sees in Hamilton’s system. During this period he also finds time to investigate the ravages of the Hessian fly on American wheat and to make plans to remodel Monticello.