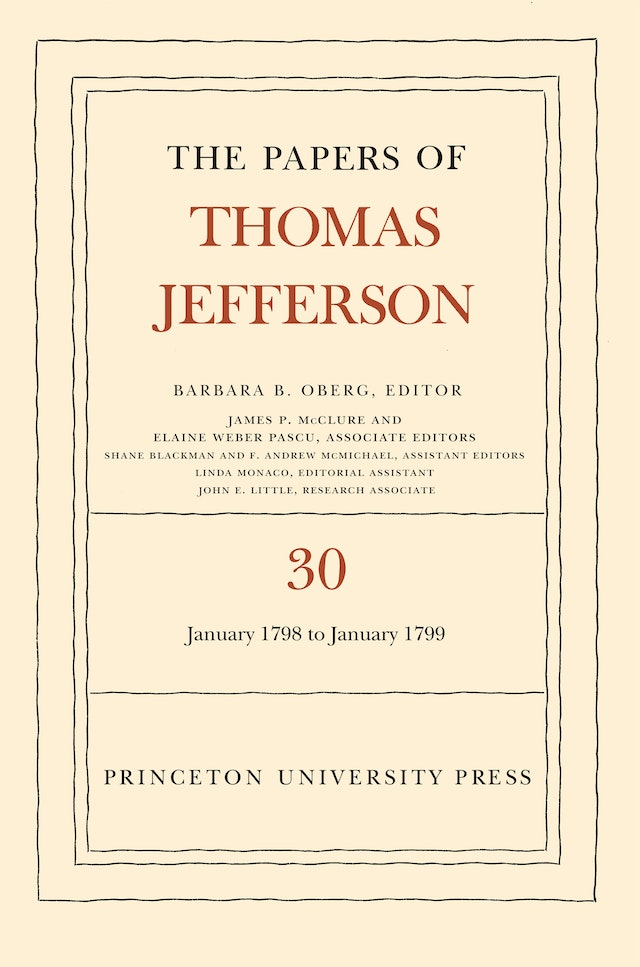 During the thirteen months covered by this volume, Thomas Jefferson spent more than half of his time in Philadelphia serving as vice president under President John Adams and presiding over a Senate that was dominated by his political opponents, the Federalists. Debates in Congress took place against a backdrop of bitter partisan rivalry, characterized most famously by the near-brawl on the floor of the House between Matthew Lyon and Roger Griswold. Congress and the nation waited, in a “state of extraordinary suspense,” for dispatches from the American envoys in France. When the accounts of the XYZ Affair became public, the nation prepared for war. Two days after the Alien Friends Act was signed into law Jefferson left for Monticello, stopping at Montpelier to convey the latest news to James Madison. Disheartened and frustrated by the Alien and Sedition Acts, Jefferson penned the famous resolutions adopted in November by the Kentucky legislature. He kept his authorship a secret, however, seeking to avoid any appearance of “rashness” by Republicans. This endeavor reflected his struggle to make sense of the political direction of the nation in times he could neither comprehend nor accept.


Jefferson continued to engage in scientific pursuits and fulfill his role as a promoter of American science and learning. He was reelected to the presidency of the American Philosophical Society, to which he presented his paper on the moldboard plow. He corresponded on American Indian languages, astronomy, and the Anglo-Saxon language. He longed for Monticello, and, as Jefferson had learned before, his property fell into neglect when he was away on public business. Renovations to the house slowed, supplies for the nailery were disrupted, and he had to arrange for the sale of his crops through intermediaries. With the prices of wheat low, he was drawn back into financial dependence on tobacco.