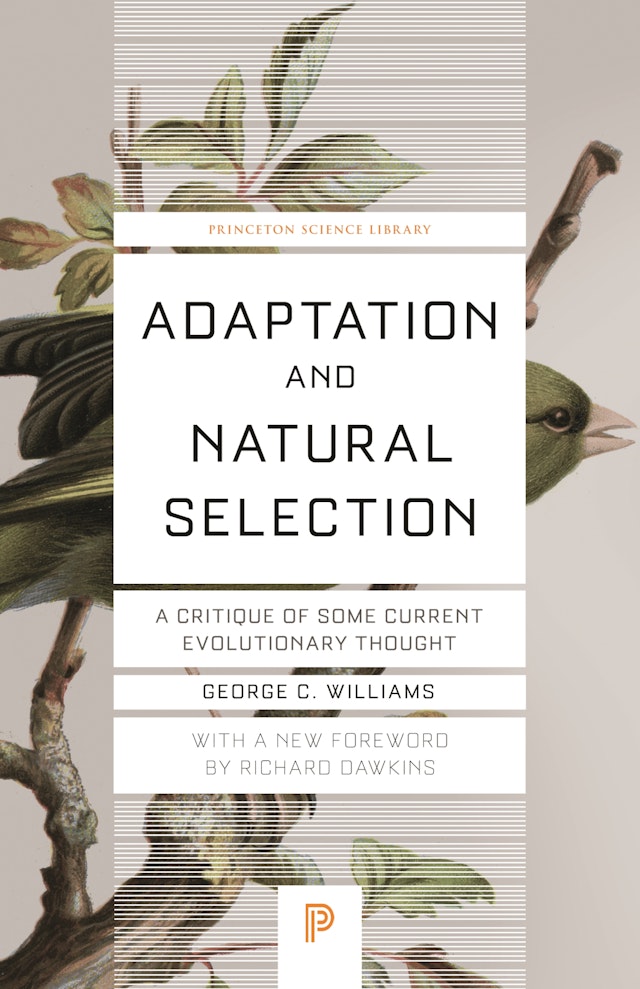 Buy This
Biological evolution is a fact—but the many conflicting theories of evolution remain controversial even today. When Adaptation and Natural Selection was first published in 1966, it struck a powerful blow against those who argued for the concept of group selection—the idea that evolution acts to select entire species rather than individuals. Williams’s famous work in favor of simple Darwinism over group selection has become a classic of science literature, valued for its thorough and convincing argument and its relevance to many fields outside of biology. Now with a new foreword by Richard Dawkins, Adaptation and Natural Selection is an essential text for understanding the nature of scientific debate.
George C. Williams (1926–2010) was professor emeritus of ecology and evolution at the State University of New York at Stony Brook. Richard Dawkins is professor emeritus at the University of Oxford. An evolutionary biologist, he is the bestselling author of many books, including The Selfish Gene, The God Delusion, and The Extended Phenotype.

“A beautifully written and excellently reasoned essay in defense of Darwinian selection as a sufficient theory to explain evolution without the necessity of group selection, population adaptation, or progress.”—R. C. Lewontin, Science

“This is an exciting, significant, and important work…. On the whole it will have a very beneficial influence on biology with a rich supply of subjects and targets for some years to come…. This is a carefully constructed, carefully written scholarly work, in the best sense of these words.”—L. B. Slobodkin, Quarterly Review of Biology