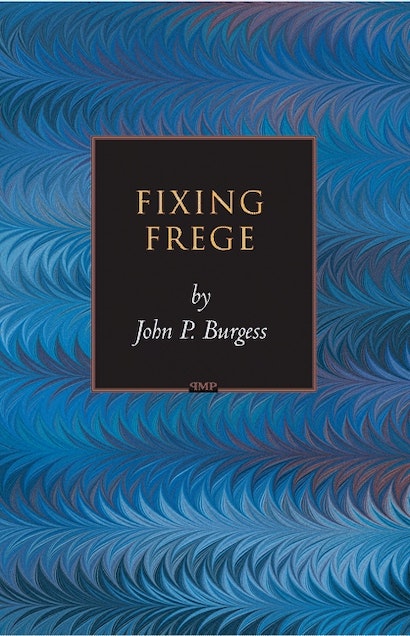 The great logician Gottlob Frege attempted to provide a purely logical foundation for mathematics. His system collapsed when Bertrand Russell discovered a contradiction in it. Thereafter, mathematicians and logicians, beginning with Russell himself, turned in other directions to look for a framework for modern abstract mathematics. Over the past couple of decades, however, logicians and philosophers have discovered that much more is salvageable from the rubble of Frege’s system than had previously been assumed. A variety of repaired systems have been proposed, each a consistent theory permitting the development of a significant portion of mathematics.


This book surveys the assortment of methods put forth for fixing Frege’s system, in an attempt to determine just how much of mathematics can be reconstructed in each. John Burgess considers every proposed fix, each with its distinctive philosophical advantages and drawbacks. These systems range from those barely able to reconstruct the rudiments of arithmetic to those that go well beyond the generally accepted axioms of set theory into the speculative realm of large cardinals. For the most part, Burgess finds that attempts to fix Frege do less than advertised to revive his system. This book will be the benchmark against which future analyses of the revival of Frege will be measured.

John P. Burgess is Professor of Philosophy at Princeton University. He is the author of numerous articles on mathematical and philosophical logic and philosophy of mathematics and coauthor of A Subject with No Object.

"Fixing Frege fills a serious gap in the Frege's literature (always increasing but perhaps with an excessive attention paid to semantics and the philosophy of language) and should remain for a long time a necessary reference for scholars in the field."—Ignacio Angelelli, Review of Modern Logic