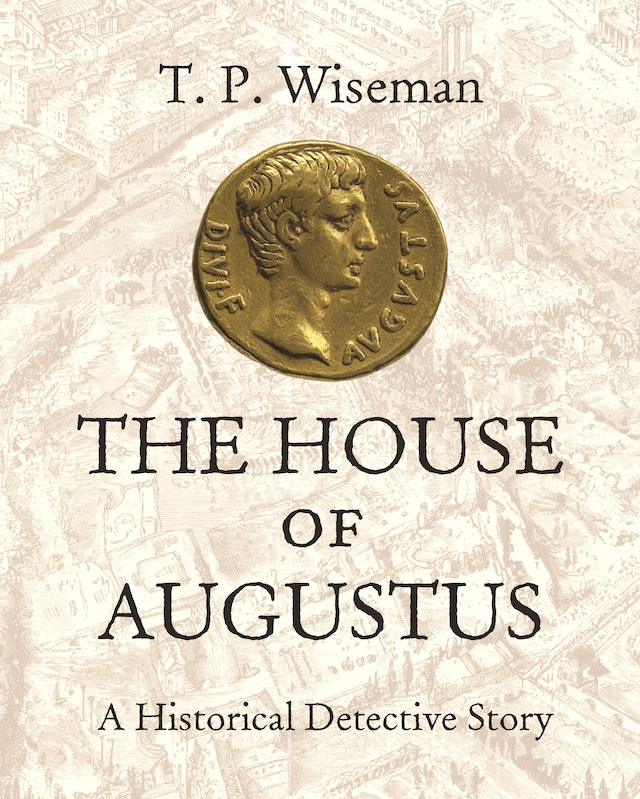 Caesar Augustus (63 BC–AD 14), who is usually thought of as the first Roman emperor, lived on the Palatine Hill, the place from which the word “palace” originates. A startling reassessment of textual and archaeological evidence, The House of Augustus demonstrates that Augustus was never an emperor in any meaningful sense of the word, that he never had a palace, and that the so-called “Casa di Augusto” excavated on the Palatine was a lavish aristocratic house destroyed by the young Caesar in order to build the temple of Apollo. Exploring the Palatine from its first occupation to the present, T. P. Wiseman proposes a reexamination of the “Augustan Age,” including much of its literature.

Wiseman shows how the political and ideological background of Augustus’ rise to power offers a radically different interpretation of the ancient evidence about the Augustan Palatine. Taking a long historical perspective in order to better understand the topography, Wiseman considers the legendary stories of Rome’s origins—in particular Romulus’ foundation and inauguration of the city on the summit of the Palatine. He examines the new temple of Apollo and the piazza it overlooked, as well as the portico around it with its library used as a hall for Senate meetings, and he illustrates how Commander Caesar, who became Caesar Augustus, was the champion of the Roman people against an oppressive oligarchy corrupting the Republic.

A decisive intervention in a critical debate among ancient historians and archaeologists, The House of Augustus recalibrates our views of a crucially important period and a revered public space.

T. P. Wiseman is Professor Emeritus of Classics and Ancient History at the University of Exeter. His many books include The Roman Audience and Julius Caesar.

"[The House of Augustus] offers a learned, exciting and convincing demolition of the standard modern view of the ancient Palatine, and of the living arrangements of Rome’s first emperor."—Mary Beard, Times Literary Supplement

"The House of Augustus is a book of outstanding scholarship and independent but well-judged opinions, in which every chapter offers fresh information and insights. It is highly recommended."—Stuart Lyons, Classics for All

"A most splendid book. . . . I am sure that in the future, all writers about Augustus will have to take this book into consideration."—Andrew Selkirk, Current World Archaeology

"A highly engaging journey through the history of Rome and the Palatine, and particularly the spectacular career of Augustus . . . . Few historical detective stories could be as enjoyably informative and absorbing as this one."—Diana Bentley, Minerva

"[Wiseman] publicly rights the archaeological record. . . . there is no doubt [that The House of Augustus] will challenge and reshape our understanding of the Palatine for a long time to come."—Nandini Pandey, Mnemosyne

"[Wiseman] traces brilliantly how, as so often, past scholarly hypotheses slowly crystallized into assumptions that eventually petrified into facts. . . . This is an important book."—James Corke-Webster, Greece and Rome

"T. P. Wiseman is the Hercule Poirot of classicists. The House of Augustus is the perfect demonstration of Wiseman’s methods: a mystery identified where no one else had thought to identify it, clues expertly marshaled, and a solution provided. This is a fascinating and thrilling read."—Tom Holland, author of Dynasty: The Rise and Fall of the House of Caesar

"This tour de force skillfully interweaves a radical reassessment of the principate founded by 'Commander Caesar' with the historical, literary, and archaeological evidence for the development of the Palatine Hill in the Augustan period, as we have never understood it before. Not everything is resolved, but through The House of Augustus an exciting new era dawns."—Amanda Claridge, author of Rome: An Oxford Archaeological Guide

“The House of Augustus seeks to rescue the reputation of Augustus as a man who restored the Republic on behalf of the people of Rome, and to rewrite the topography of Rome. With impeccable scholarship, this book will create controversy and transform everything we thought we knew about the Augustan Palatine.”—Christopher Smith, author of The Etruscans: A Very Short Introduction

“The topography of the Palatine and the identification of the house of Augustus have become in recent years a bloody battlefield of debate, and Wiseman himself has delivered some of the most telling blows. This accessible and highly polished book, by one of the masters of the field, presents a radical new interpretation for anyone interested in the Roman world and Augustan Rome.”—Andrew Wallace-Hadrill, author of Rome’s Cultural Revolution