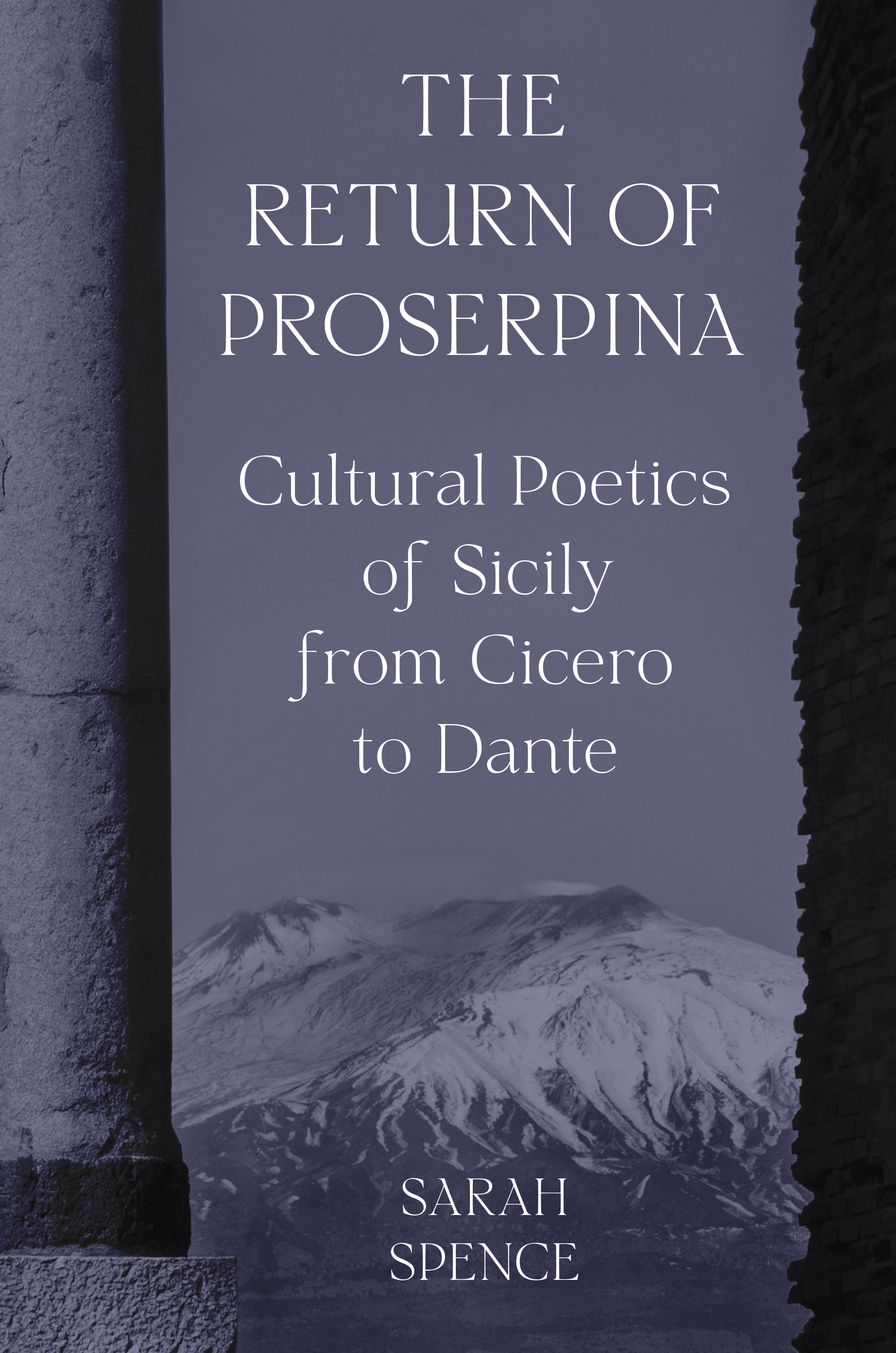 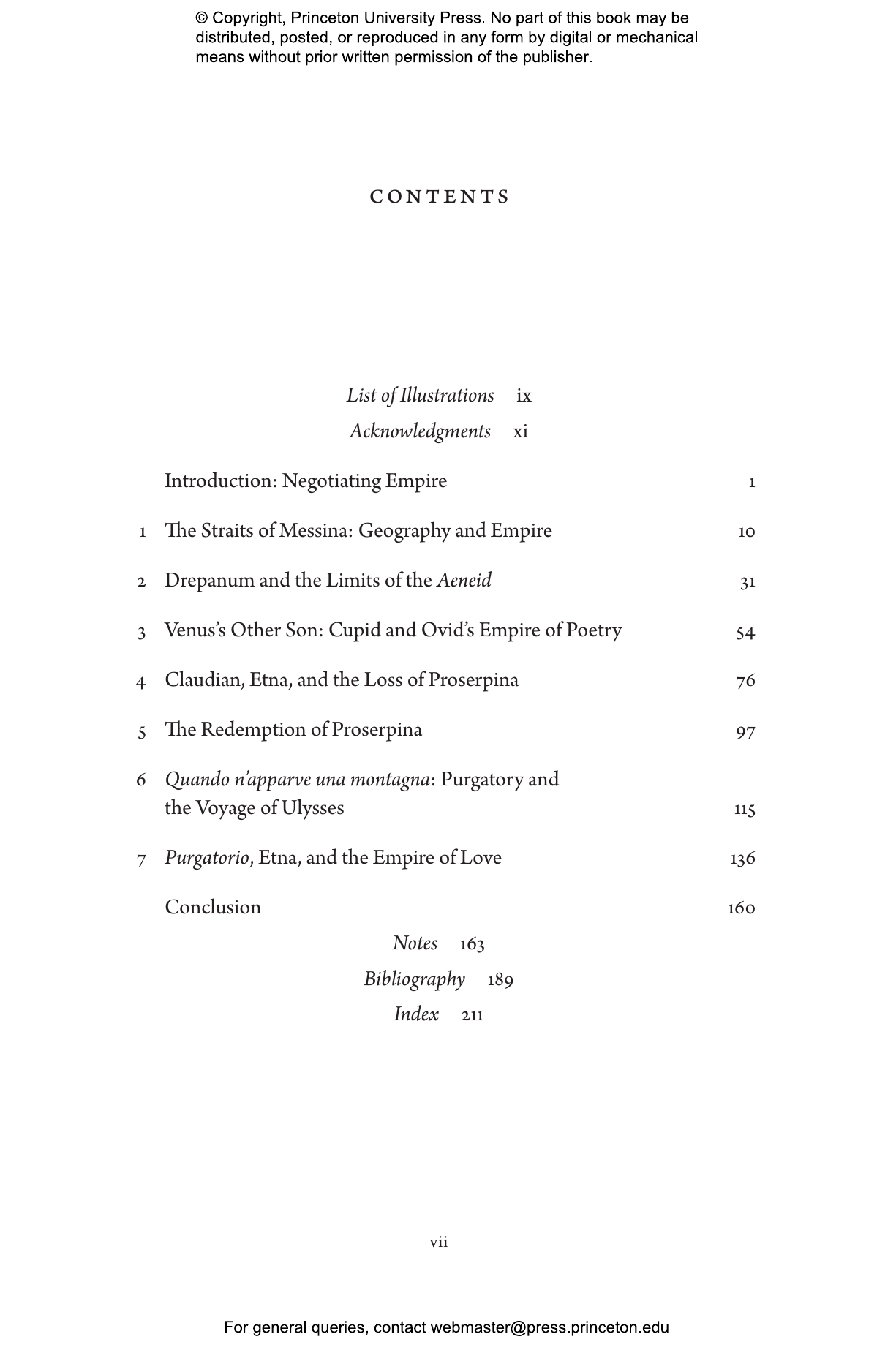 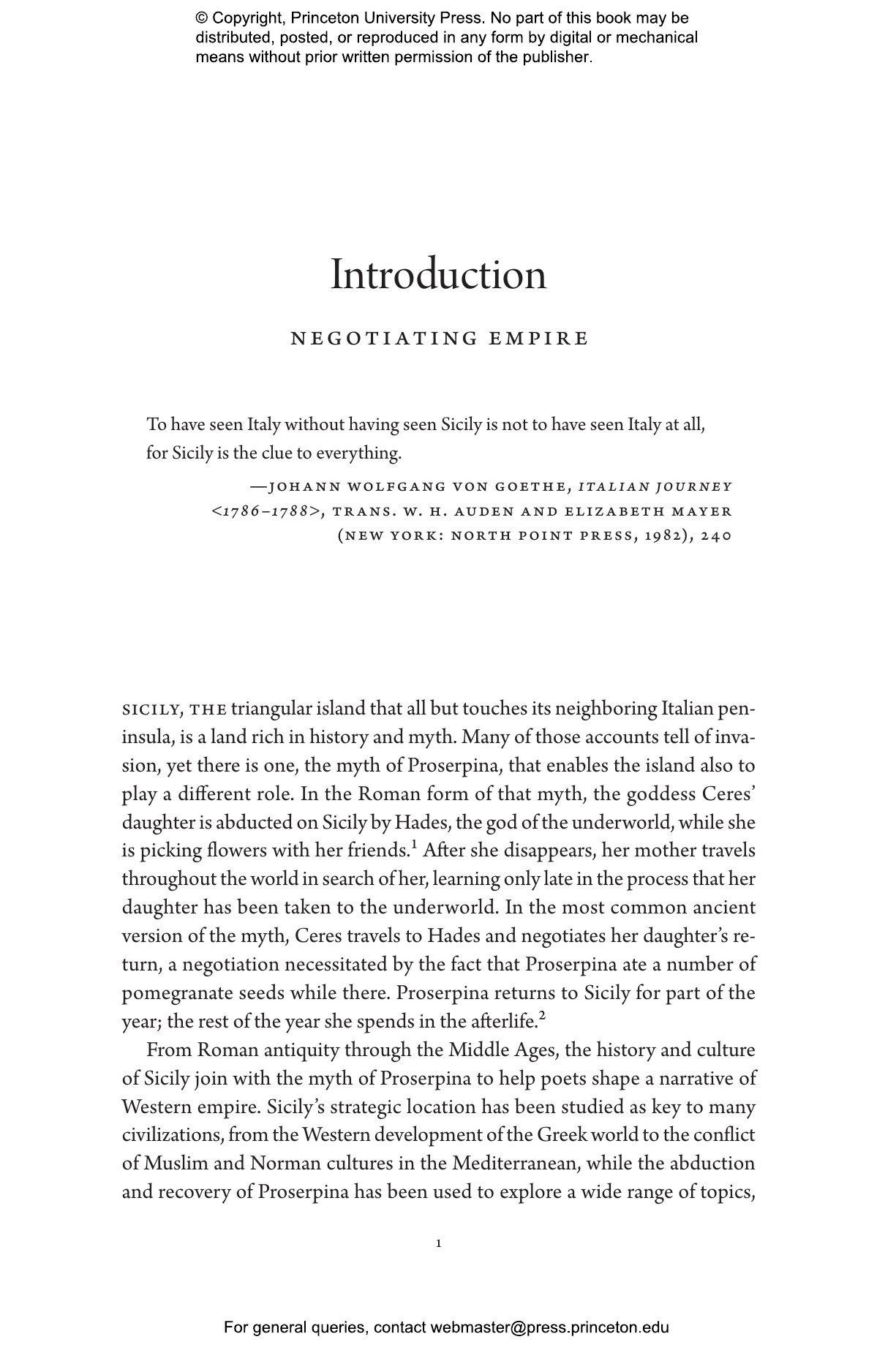 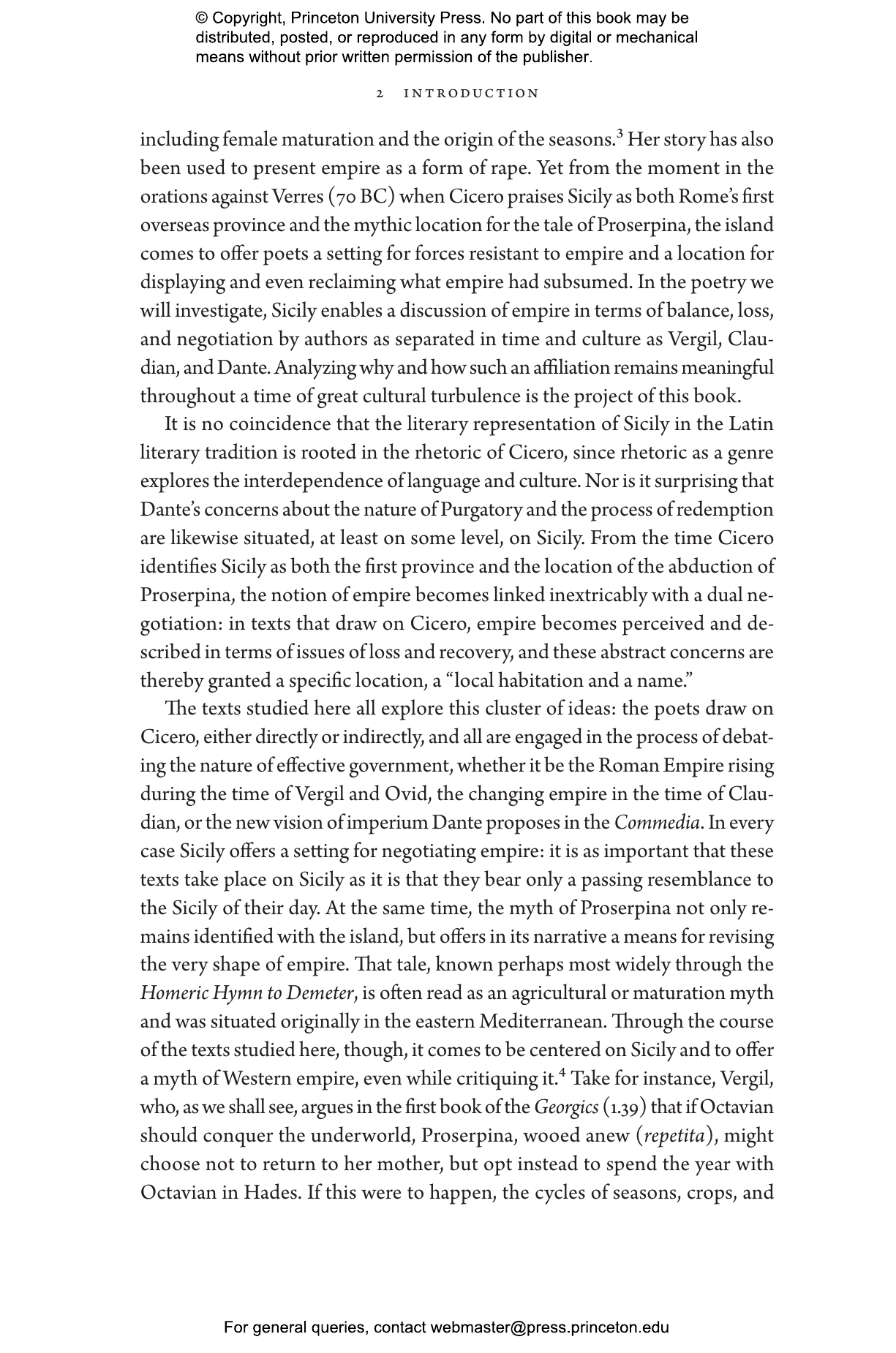 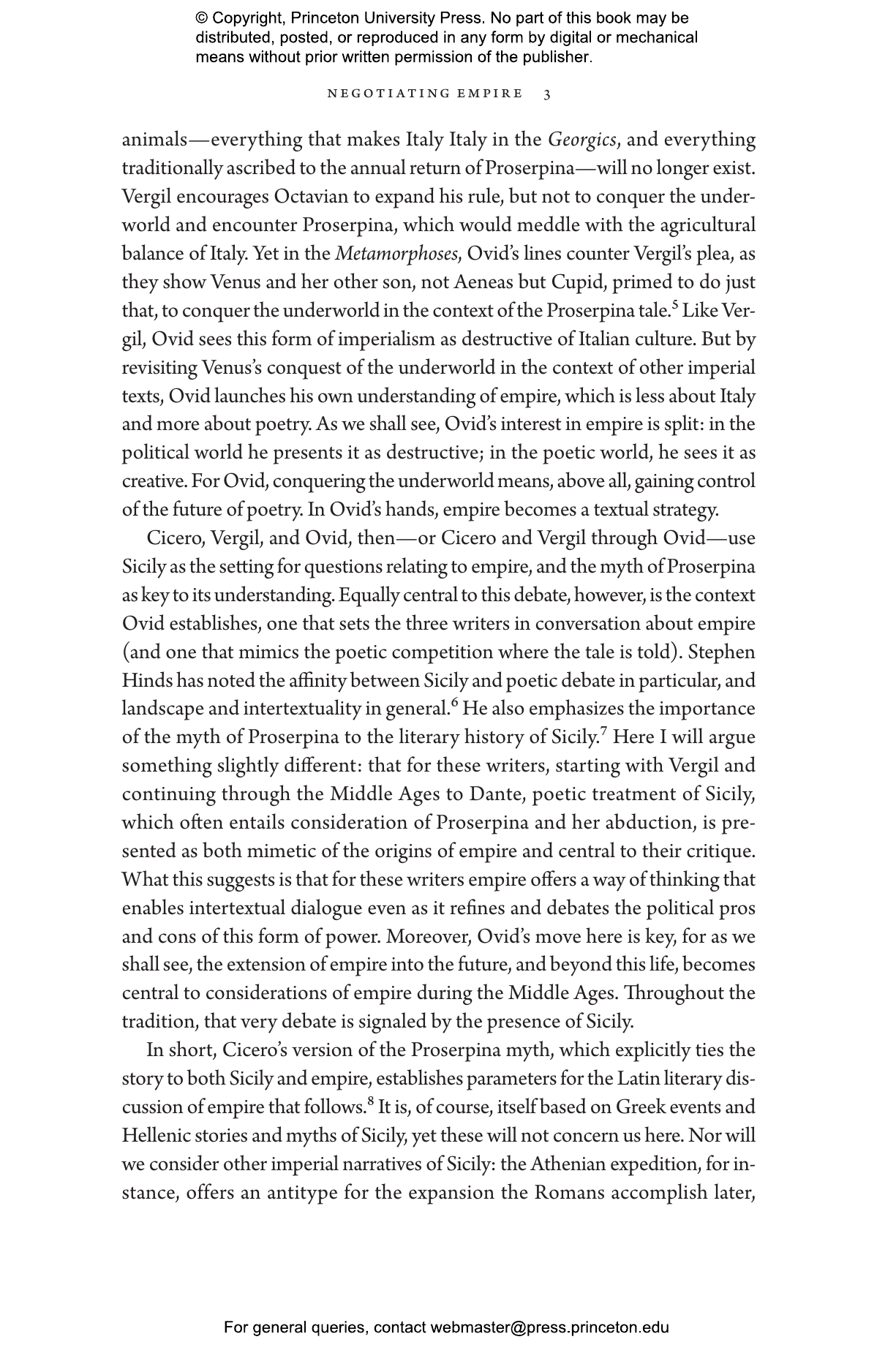 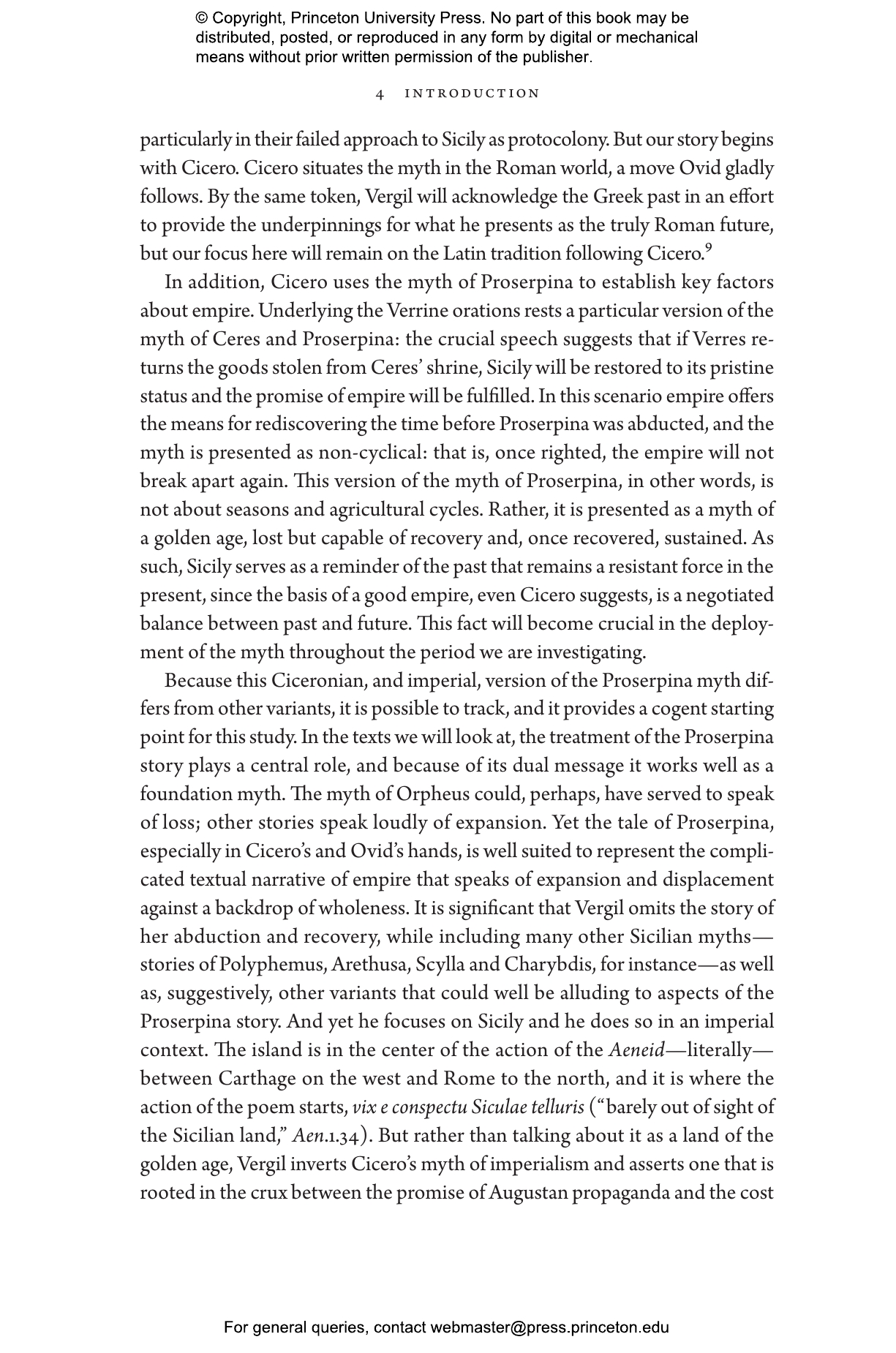 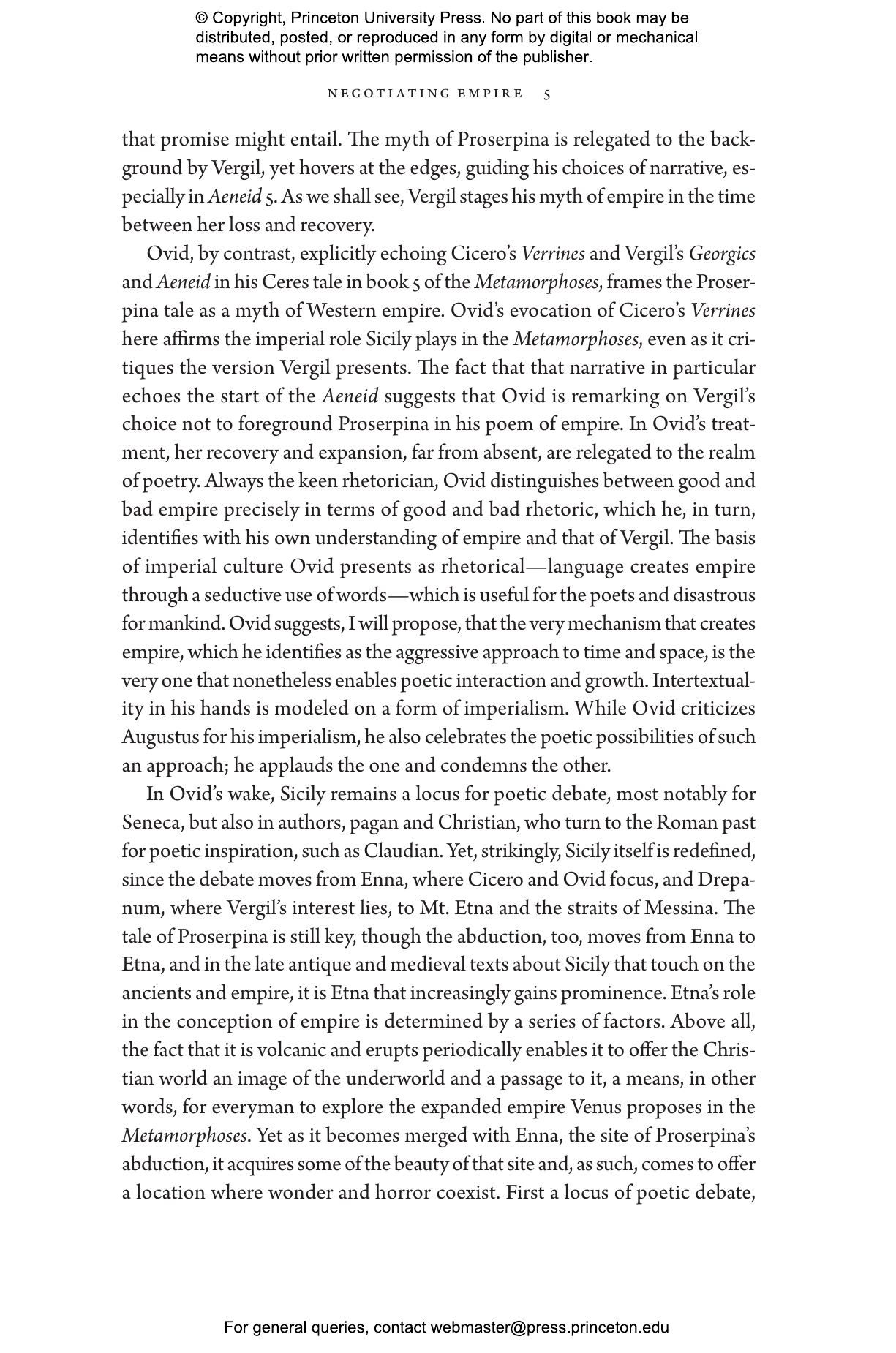 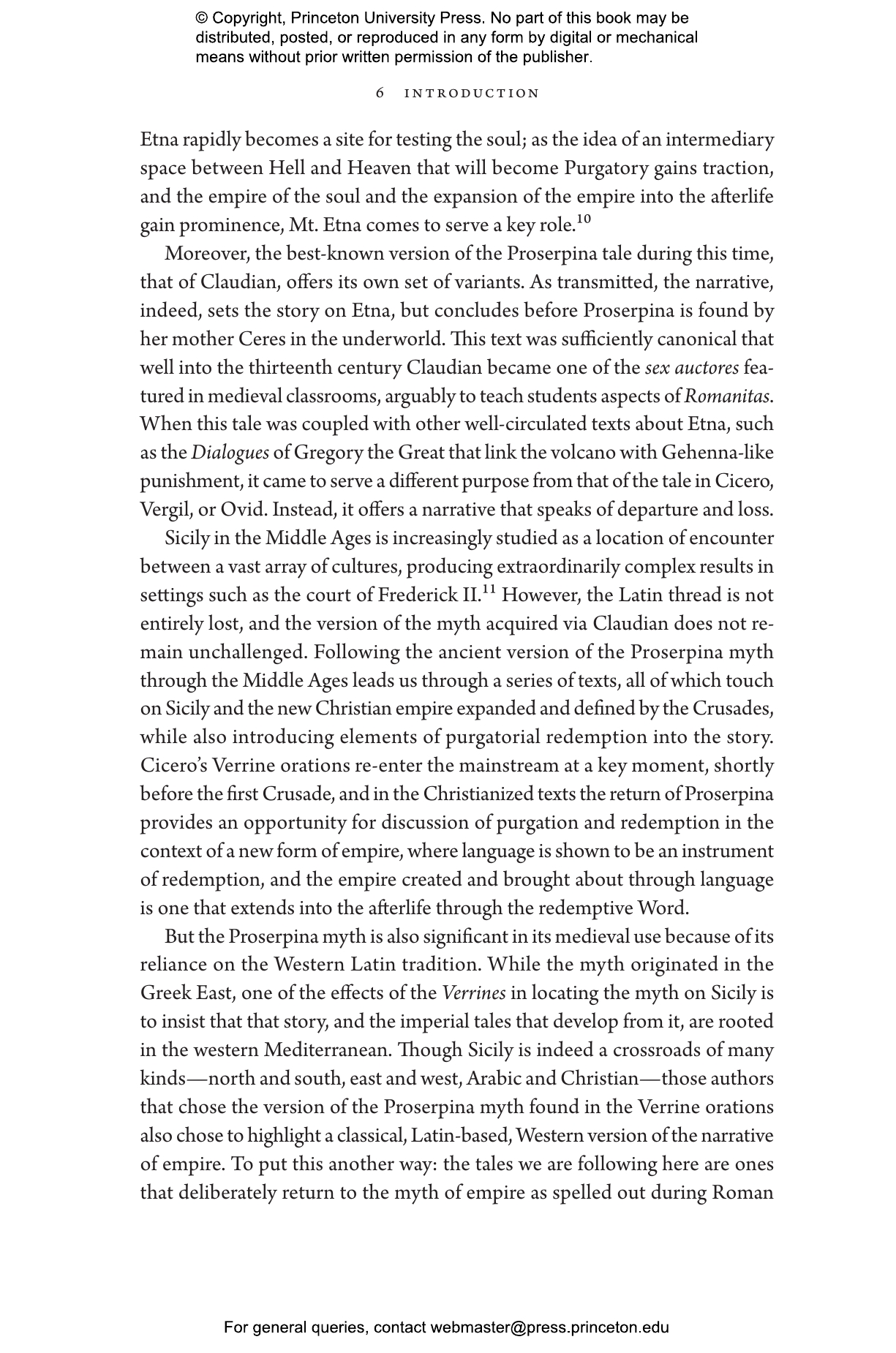 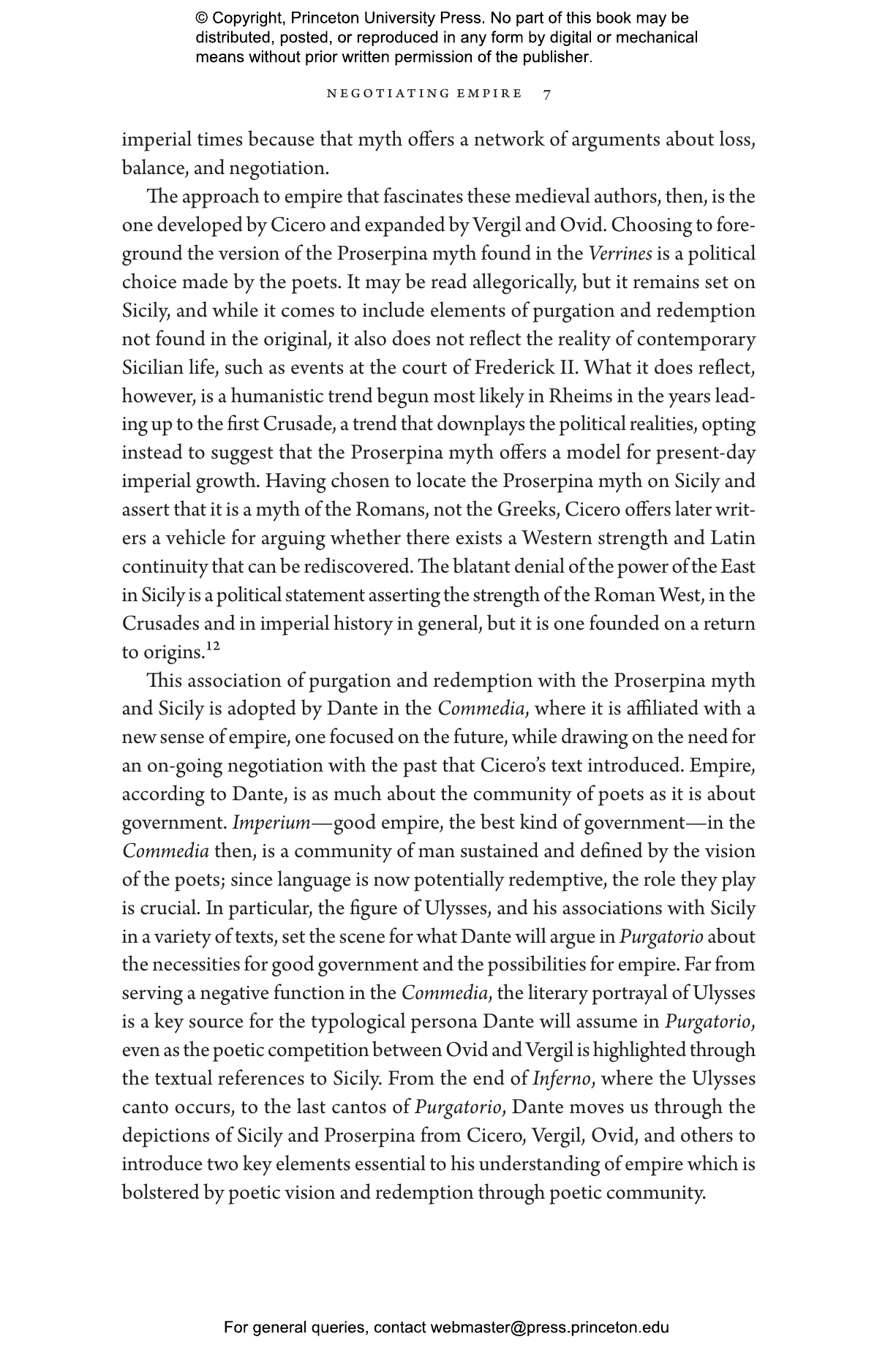 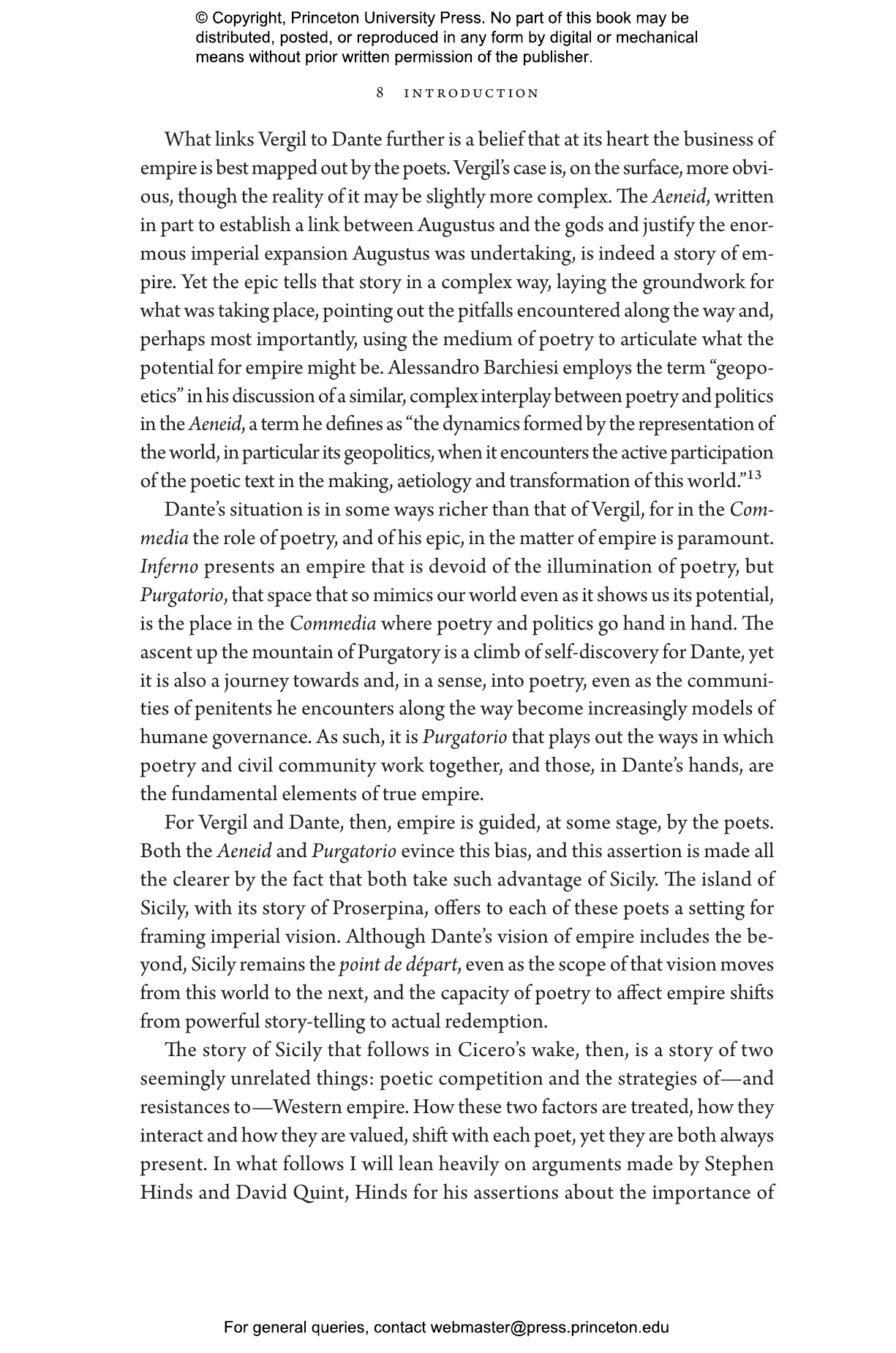 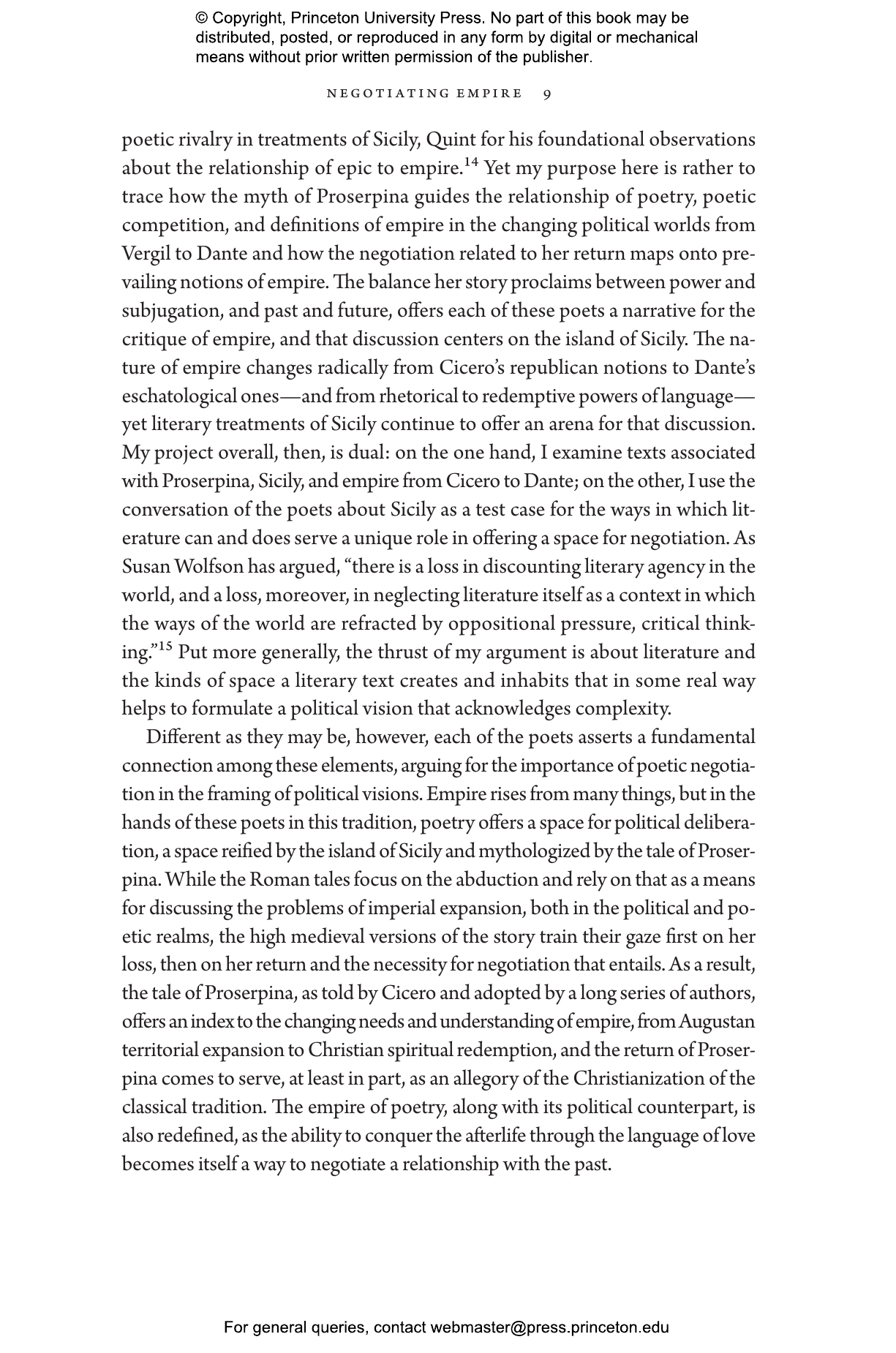 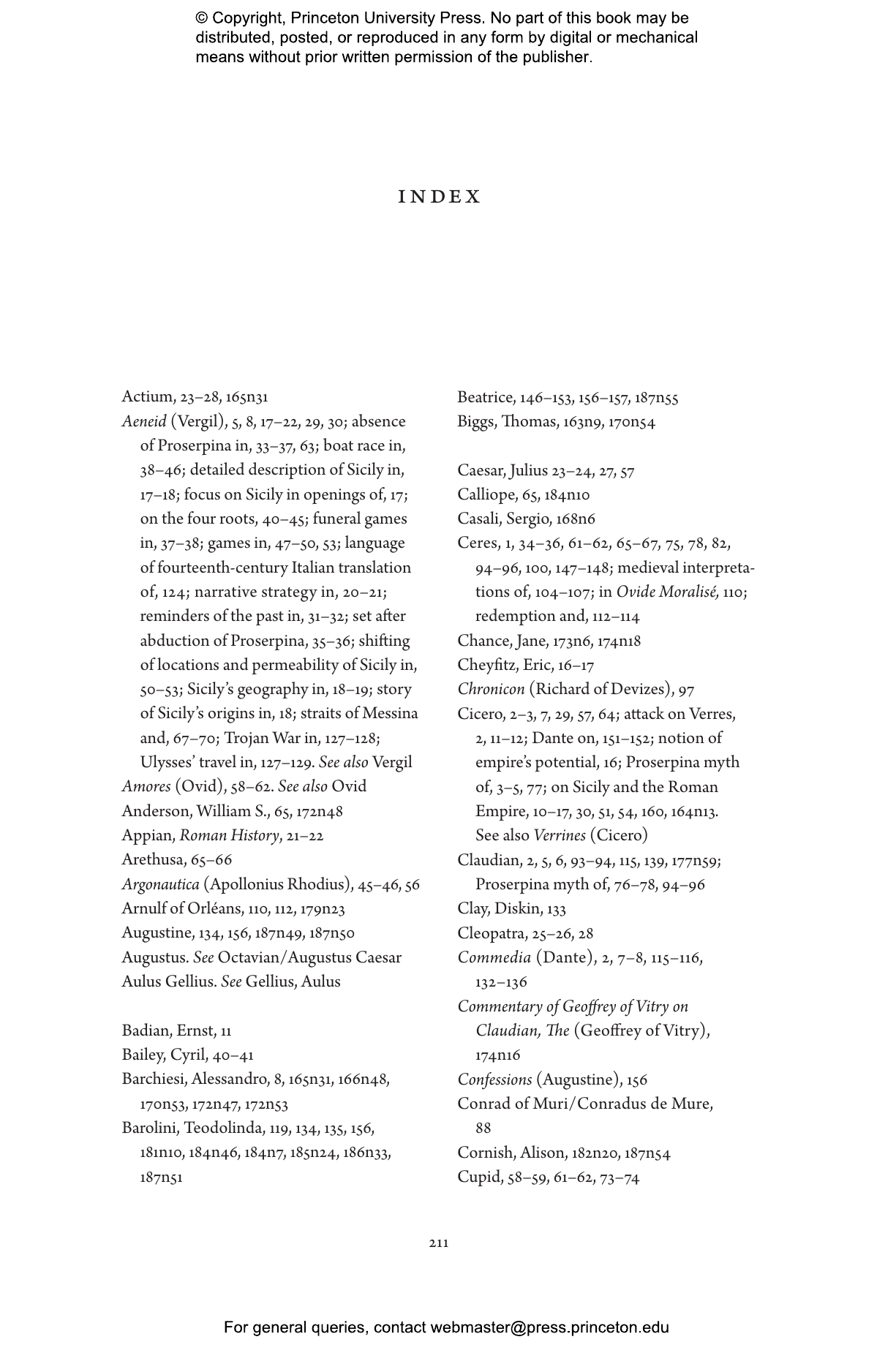 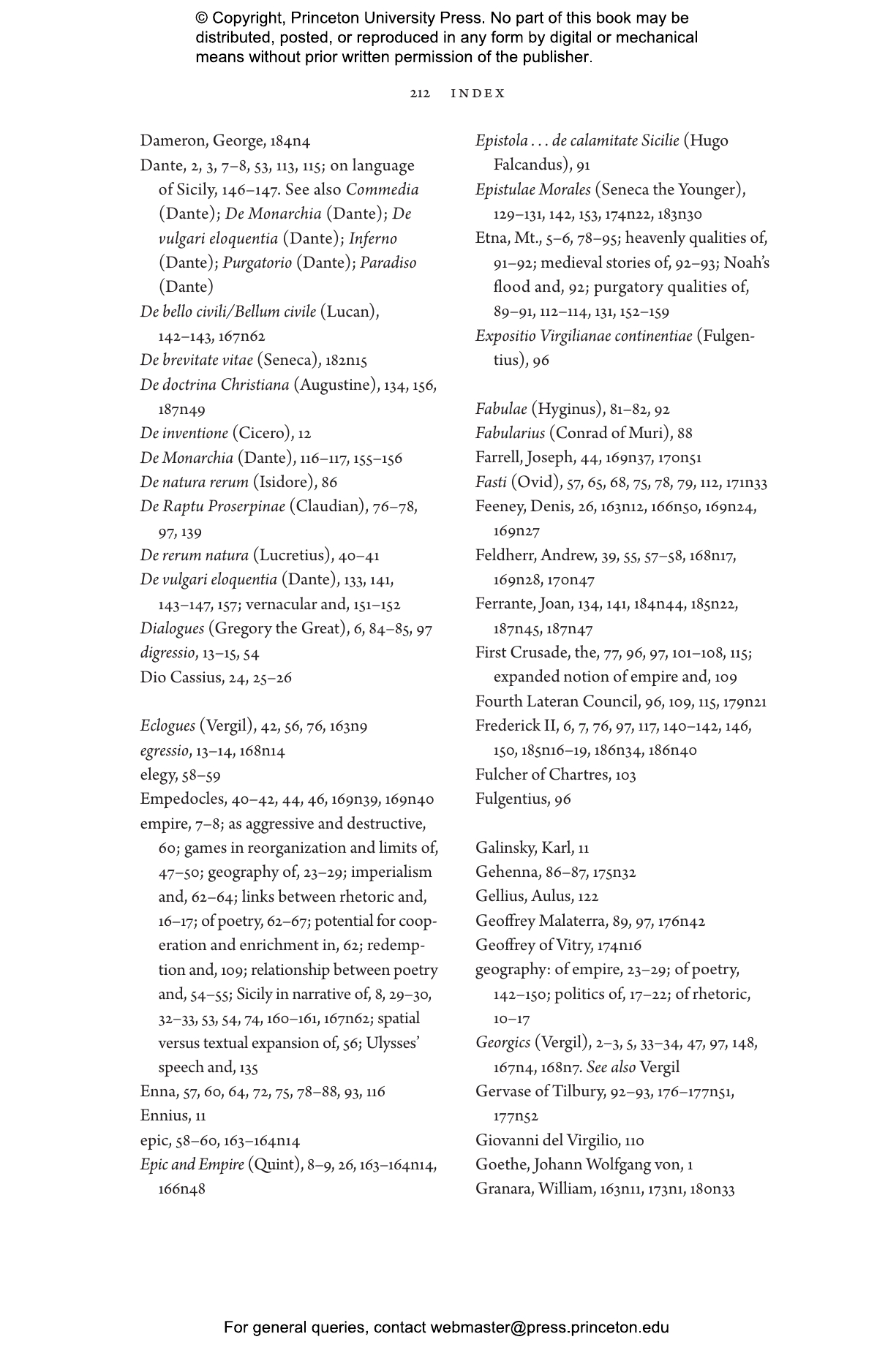 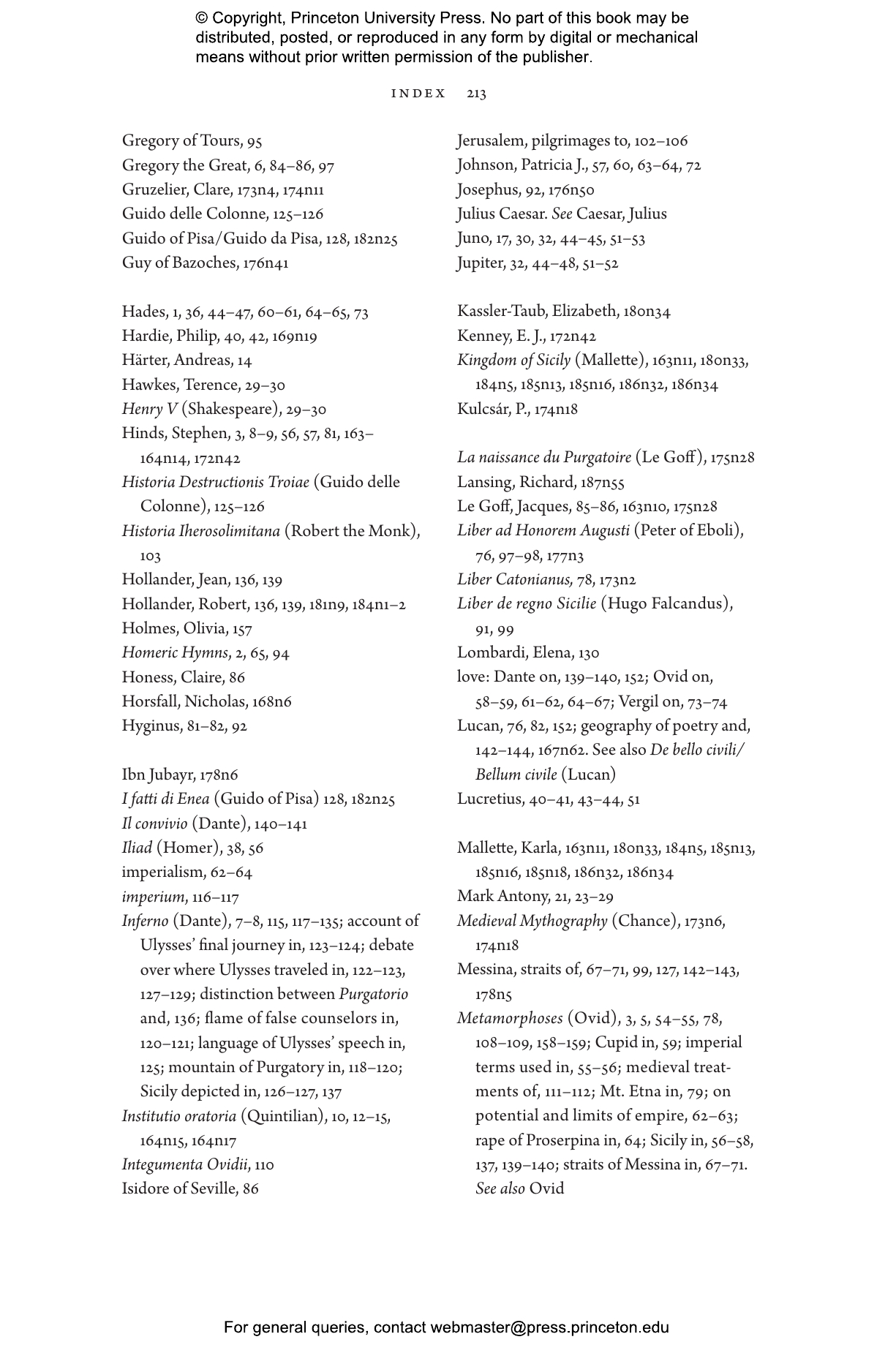 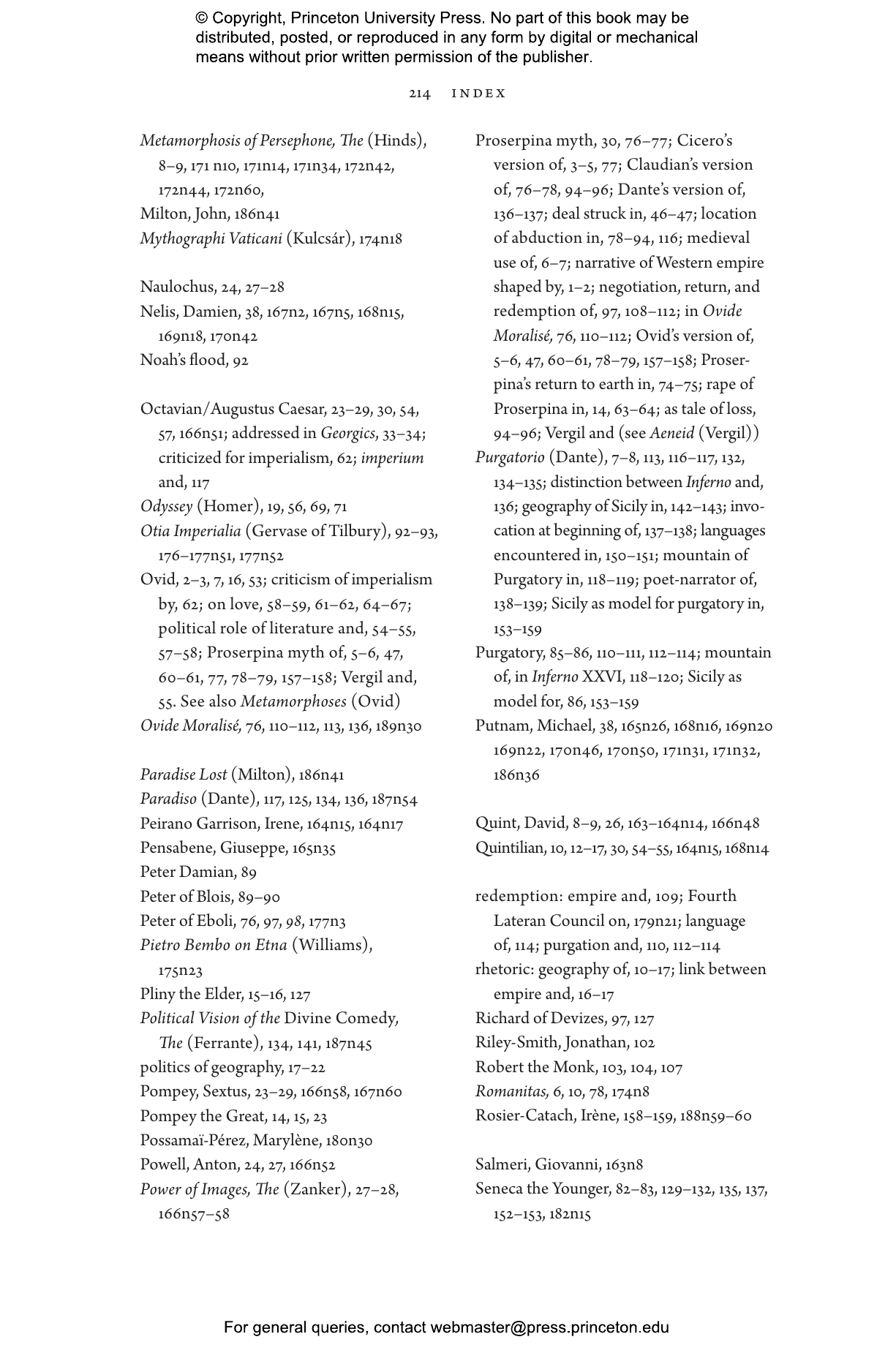 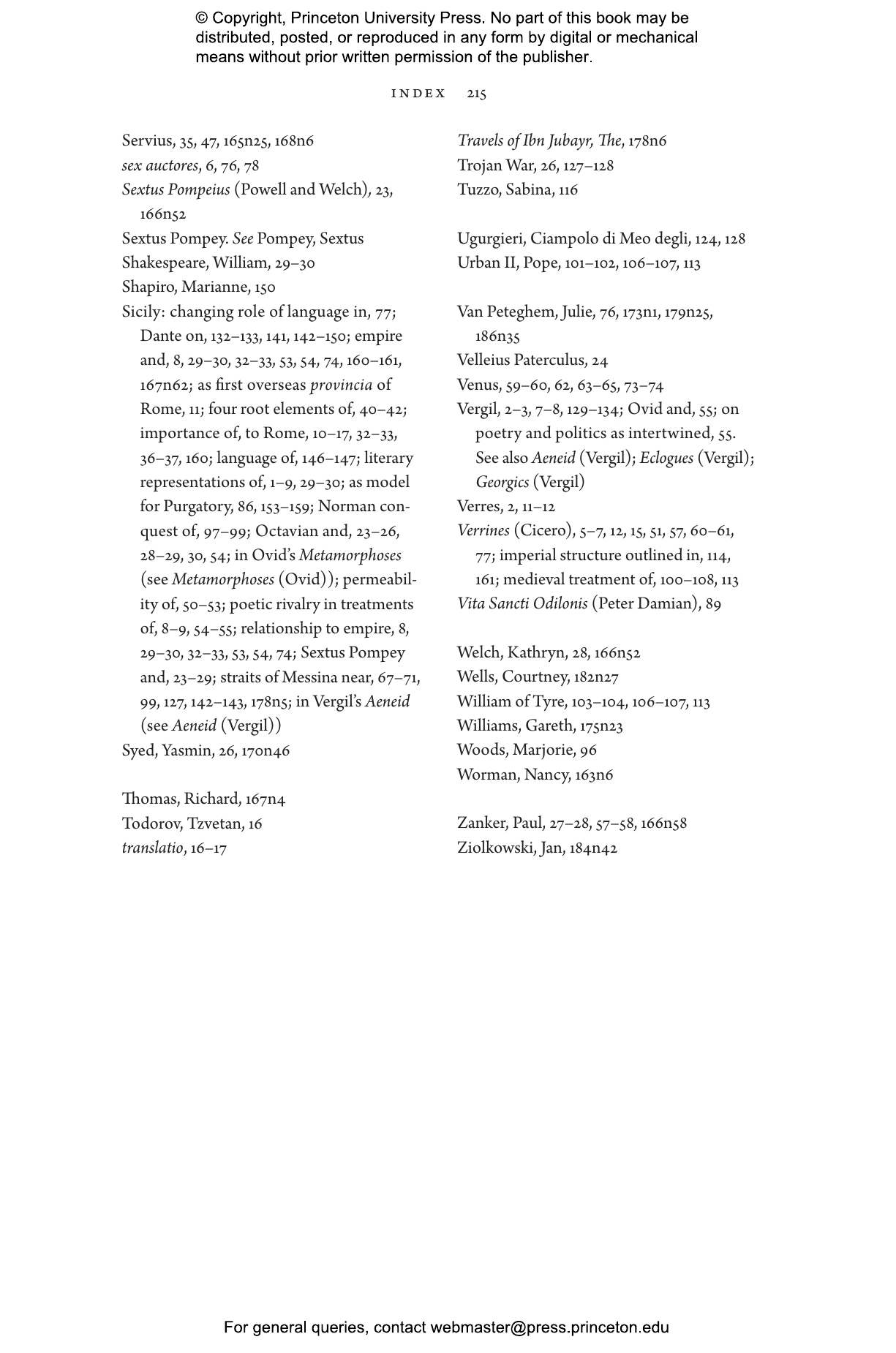 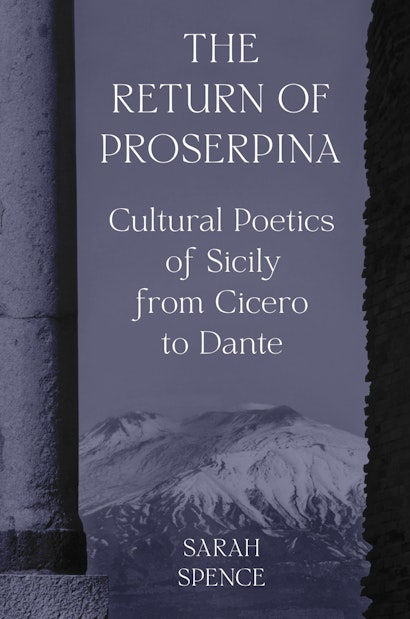 In the first century BC, Cicero praised Sicily as Rome’s first overseas province and confirmed it as the mythic location for the abduction of Proserpina, known to the Greeks as Persephone, by the god of the underworld. The Return of Proserpina takes readers from Roman antiquity to the late Middle Ages to explore how the Mediterranean island offered authors a setting for forces resistant to empire and a location for displaying and reclaiming what has been destroyed.

Using the myth of Proserpina as a through line, Sarah Spence charts the relationship Western empire held with its myths and its own past. She takes an in-depth, panoramic look at a diverse range of texts set on Sicily, demonstrating how the myth of Proserpina enables a discussion of empire in terms of balance, loss, and negotiation. Providing new readings of authors as separated in time and culture as Vergil, Claudian, and Dante, Spence shows how the shape of Proserpina’s tale and perceptions of the island change from a myth of loss to one of redemption, with the volcanic Mt. Etna playing an increasingly central role.

Delving into the ways that myth and geography affect politics and poetics, The Return of Proserpina explores the power of language and the written word during a period of tremendous cultural turbulence.

Sarah Spence is Distinguished Research Professor Emerita of Classics and Comparative Literature at the University of Georgia. Her books include Texts and the Self in the Twelfth Century and Rhetorics of Reason and Desire: Vergil, Augustine, and the Troubadours.

“Highly original. Sarah Spence takes us on a literary, political, and geographic journey from Cicero to Dante, tracing the manner in which the myth of Proserpina enabled the island of Sicily to play a poetic and cultural role in the redefinition of empire.”—Brian Stock, University of Toronto and Collège de France

“Spence illuminates the threads that bind Sicily to the imperial future of Rome and ultimately, through the long receptions of Latin poetry, to medieval ideas of redemption. This courageous and delicately argued book affirms the value of humanistic study, showing how political realities are made and live on through poetic language.”—Rita Copeland, University of Pennsylvania, author of Emotion and the History of Rhetoric in the Middle Ages

“Lively and engaging. Spence is that rare scholar able to write with equal competence and command about Dante and Ovid while also bridging poetry and prose. Readers will be grateful for this learned yet accessible book, and will find illuminating the many discussions of politicized landscapes and imperial panoramas.”—Alessandro Barchiesi, author of Homeric Effects in Vergil’s Narrative