The first global history of the middle class 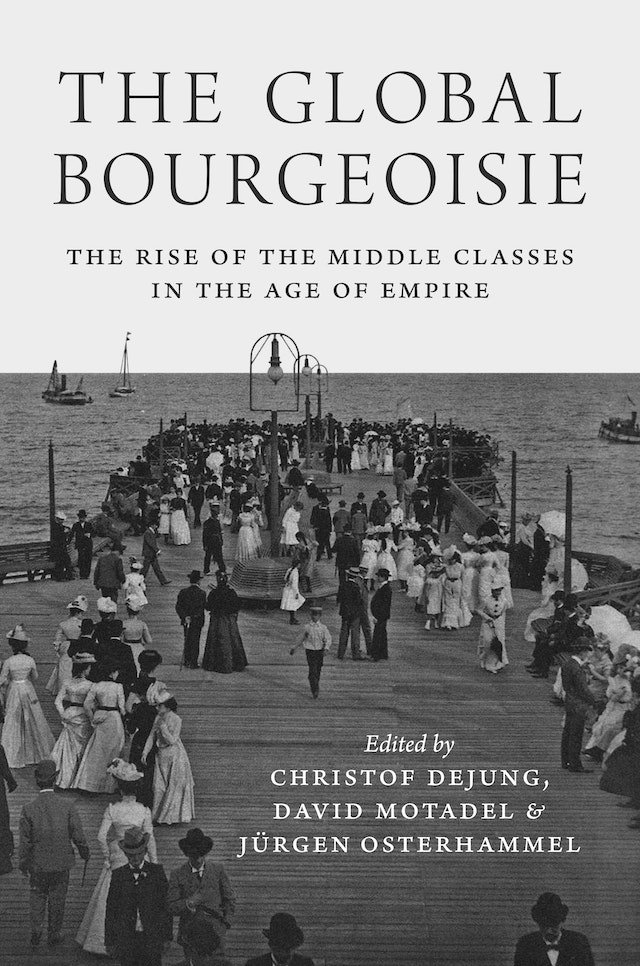 While the nineteenth century has been described as the golden age of the European bourgeoisie, the emergence of the middle class and bourgeois culture was by no means exclusive to Europe. The Global Bourgeoisie explores the rise of the middle classes around the world during the age of empire. Bringing together eminent scholars, this landmark essay collection compares middle-class formation in various regions, highlighting differences and similarities, and assesses the extent to which bourgeois growth was tied to the increasing exchange of ideas and goods. The contributors indicate that the middle class was from its very beginning, even in Europe, the result of international connections and entanglements.

Essays are grouped into six thematic sections: the political history of middle-class formation, the impact of imperial rule on the colonial middle class, the role of capitalism, the influence of religion, the obstacles to the middle class beyond the Western and colonial world, and, lastly, reflections on the creation of bourgeois cultures and global social history. Placing the establishment of middle-class society into historical context, this book shows how the triumph or destabilization of bourgeois values can shape the liberal world order.

The Global Bourgeoisie irrevocably changes the understanding of how an important social class came to be.

"This fascinating book offers readers a genuine global history of social stratification and class structure. A must-read."—Thomas Piketty, author of Capital in the Twenty-First Century

"The first comparative history of the global bourgeoisie, this tour de force opens new vistas on the modern era’s most powerful social class. Taking us into the worlds of Chinese textile industrialists, Ottoman merchants, bourgeois Muslims in Berlin, and Bengali economic elites, among others, the authors chart how a connected but hierarchical bourgeoisie emerged in the nineteenth and twentieth centuries. This milestone of a book demonstrates the great promise of global social history."—Sven Beckert, Harvard University

"The middle classes have long been studied in their own national contexts. This rich collection of erudite, perceptive essays marks a radical departure from that tradition by producing a global history of these classes. It pays scrupulous attention to imperial and universal connections without flattening out any of the historical particularities. Not an empty provocation, the title of this book invites and helps readers to focus on the shared disposition of the middle class. A timely intervention."—Dipesh Chakrabarty, University of Chicago

"The arguments and content of this exciting and groundbreaking edited volume are new and original. Looking at Europe, North America, Africa, the Middle East, South America, the Indian subcontinent, and East Asia, The Global Bourgeoisie’s breadth and range is truly impressive. Historians concerned with class, imperial and bourgeois cultures, global and transnational history, area studies, and the nineteenth century will be interested in this book."—Gareth Curless, University of Exeter

"The Global Bourgeoisie provides a comparative view of the middle classes and bourgeois cultures that emerged during the nineteenth century. Examining their interconnections, differences, and similarities, this seminal reference gives a profound inside look into diverse parts of the world."—Angelika Epple, Bielefeld University

"This ambitious book will attract a wide readership and not only among those interested in global history. Specialists in many regions around the world will find work pertinent to their scholarship and benefit from the volume’s many comparisons and approaches to class formation."—Harry Liebersohn, University of Illinois, Urbana-Champaign