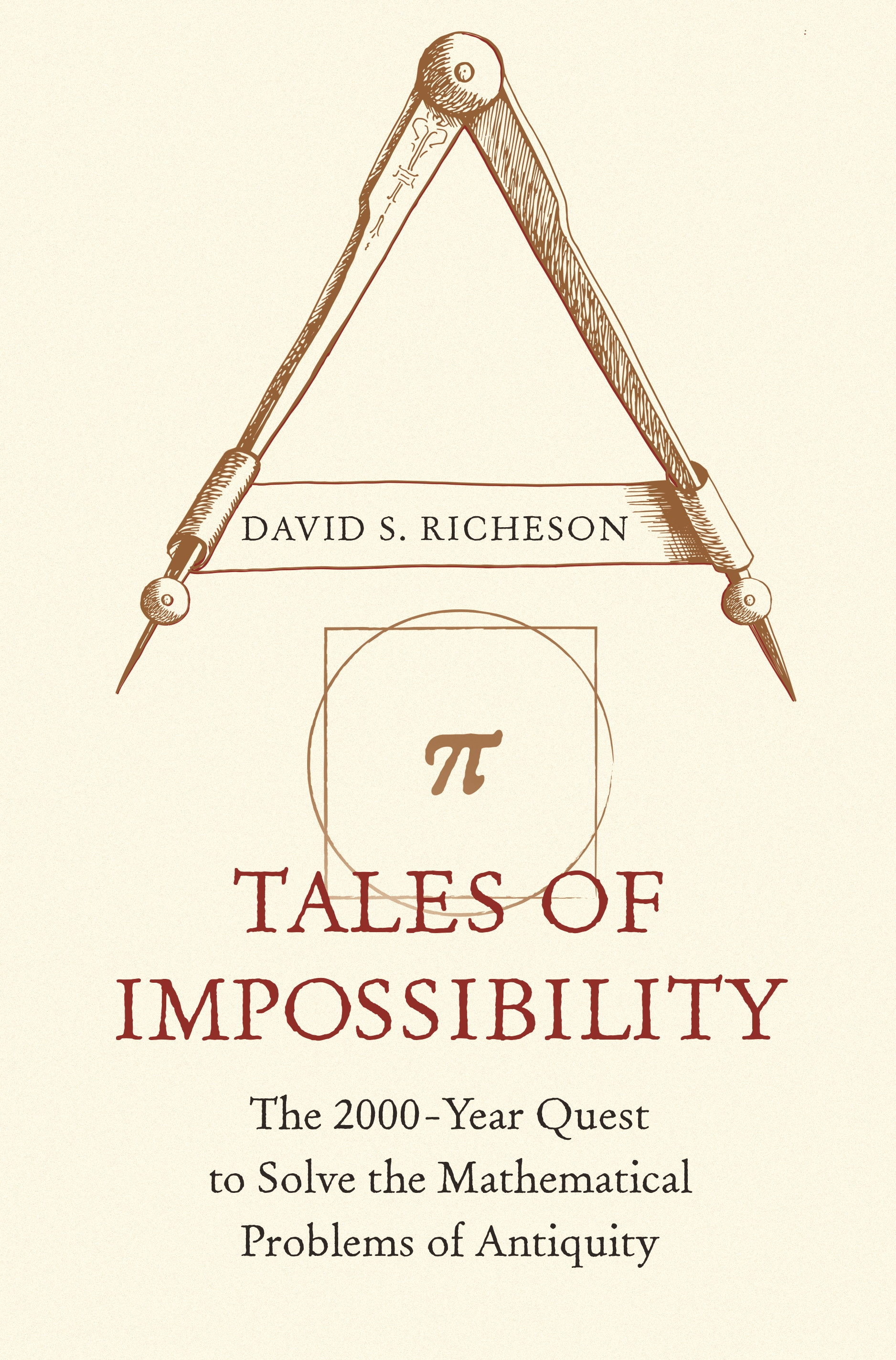 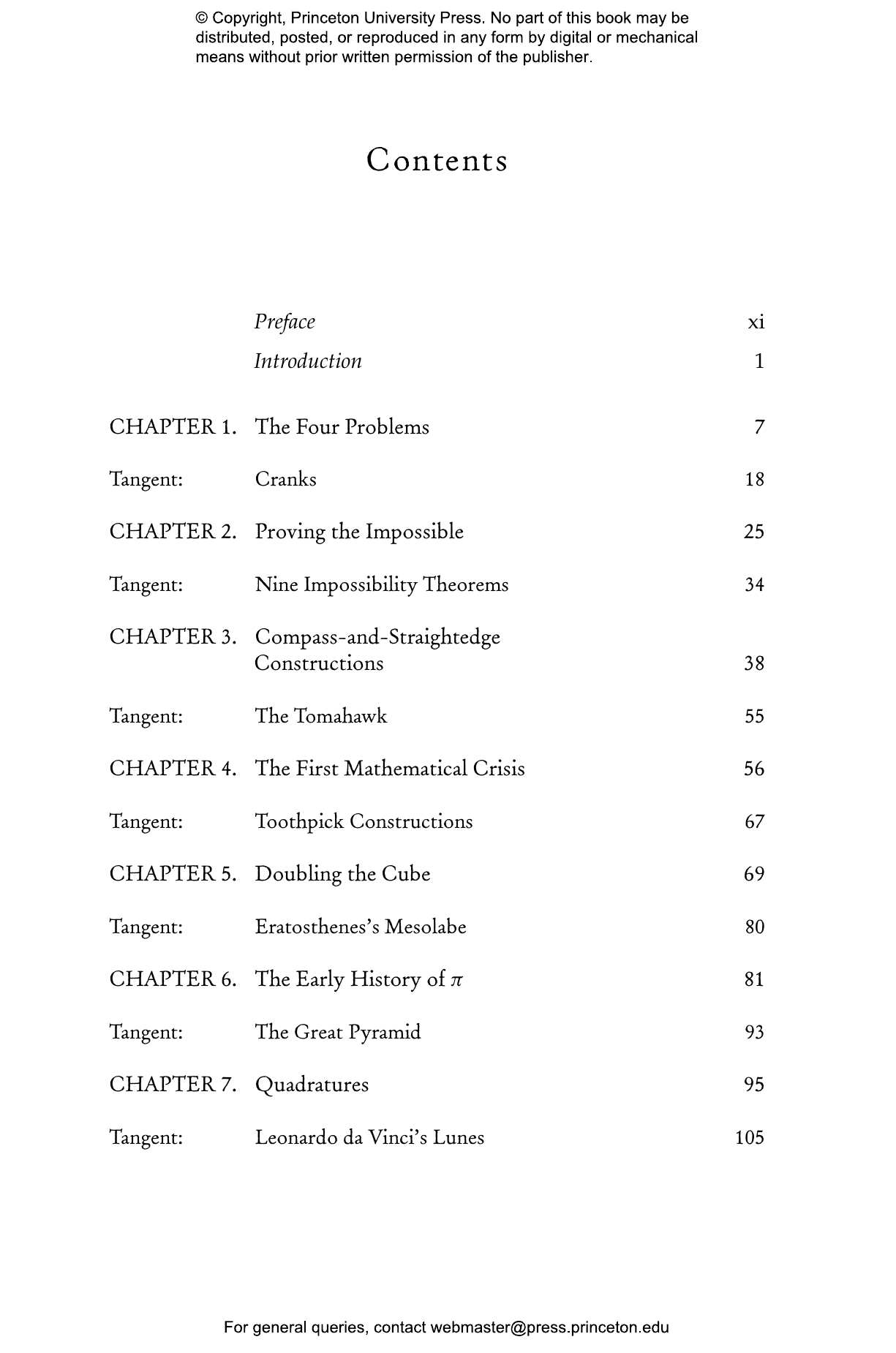 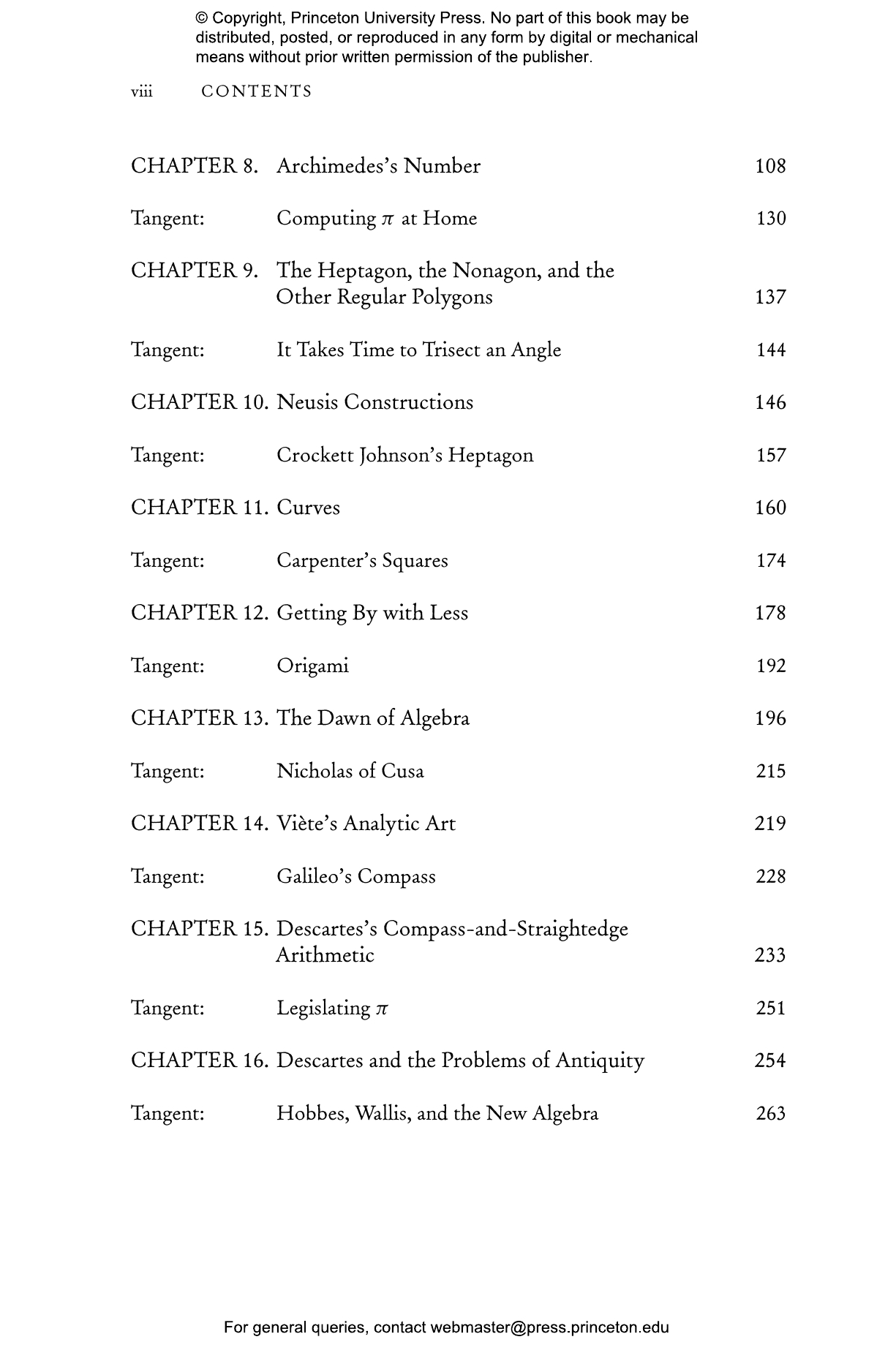 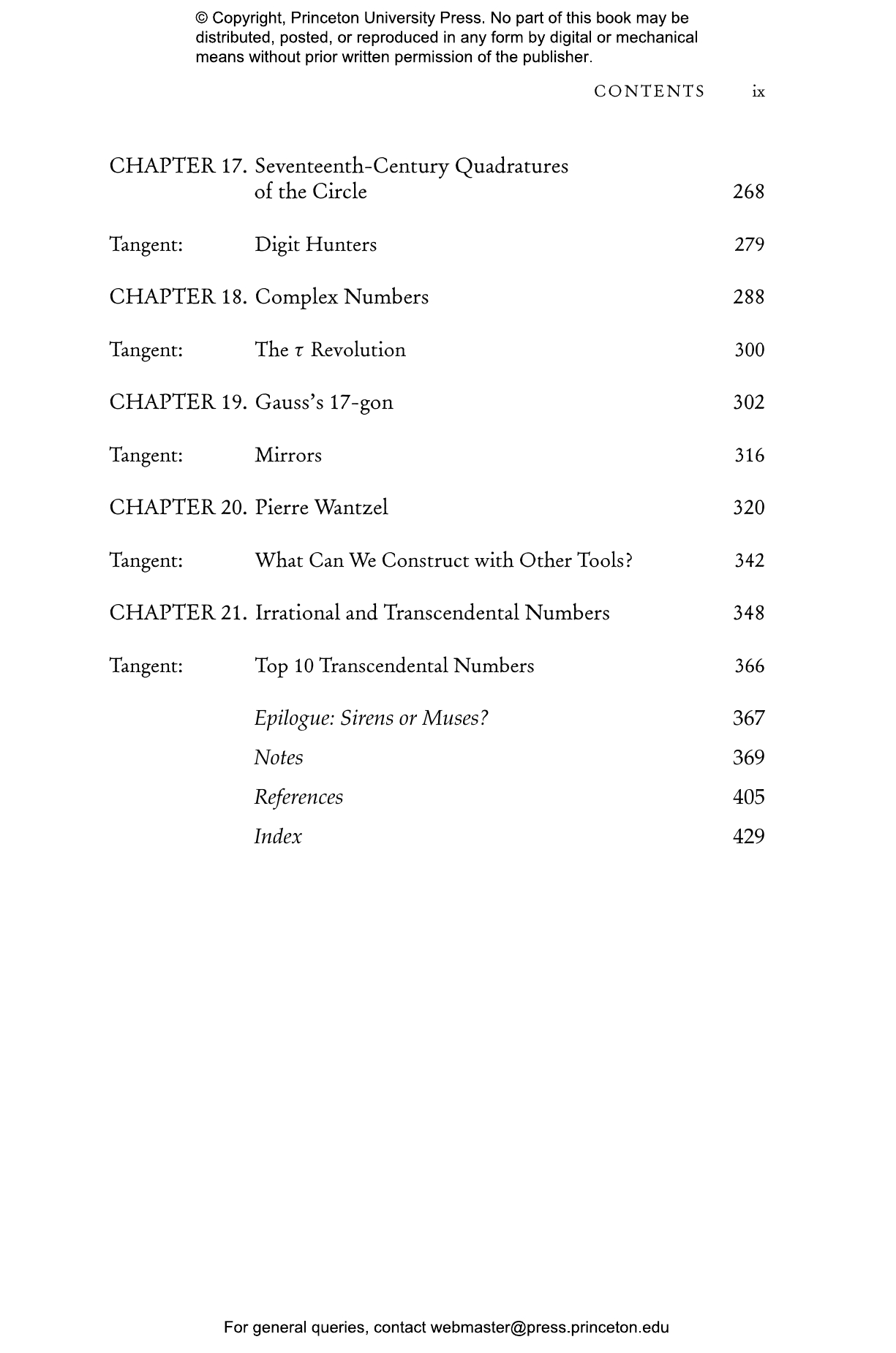 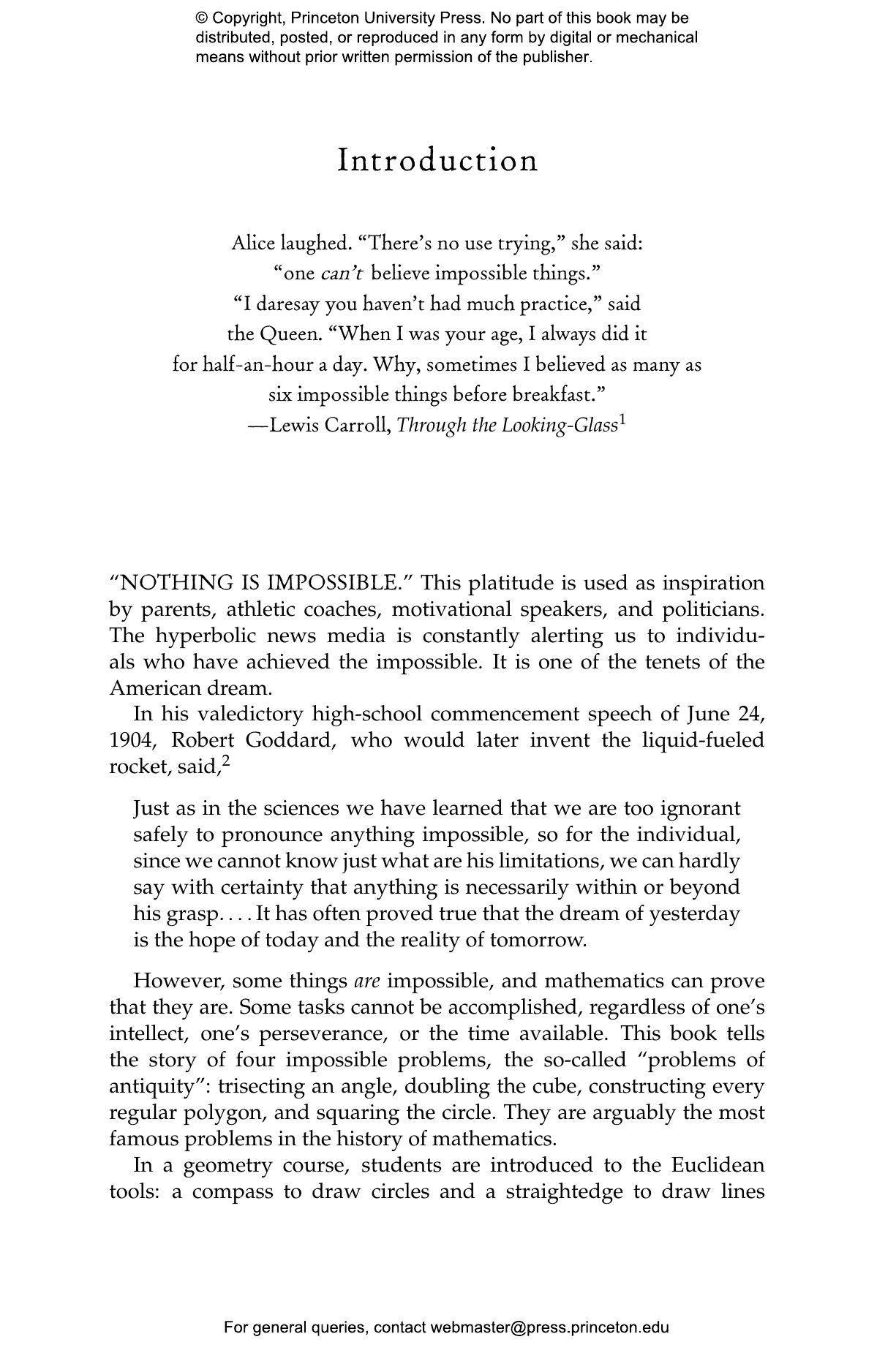 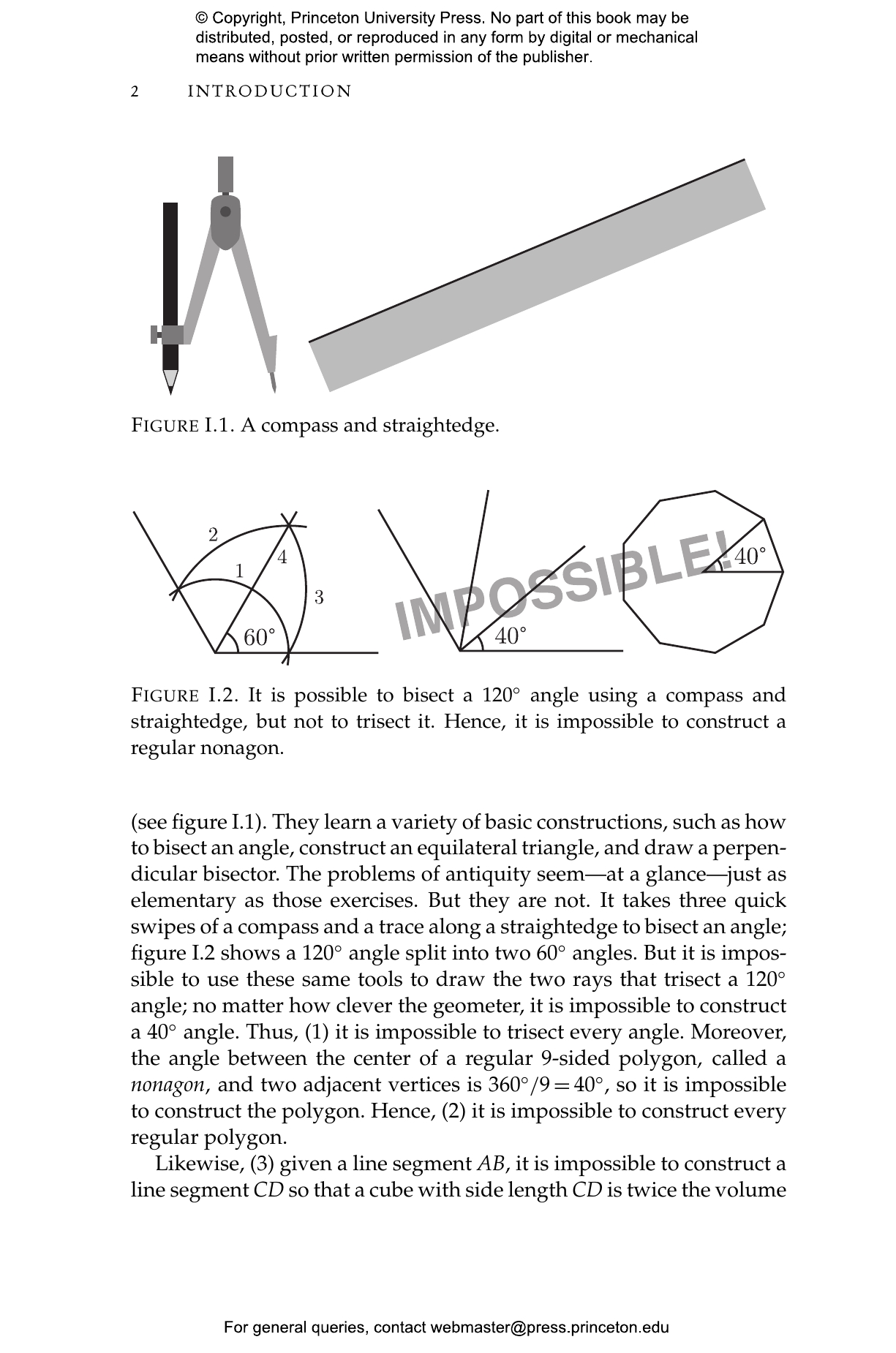 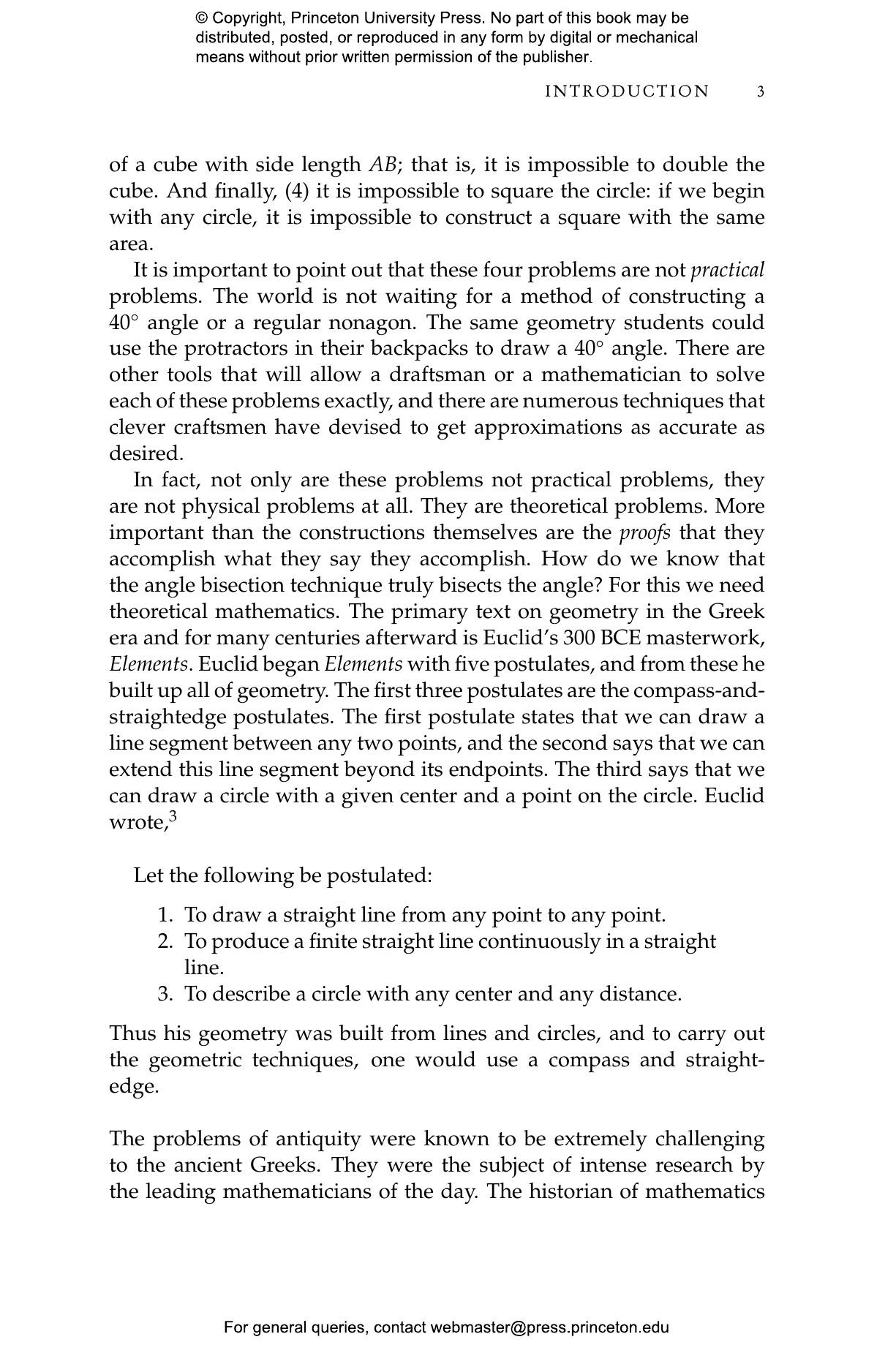 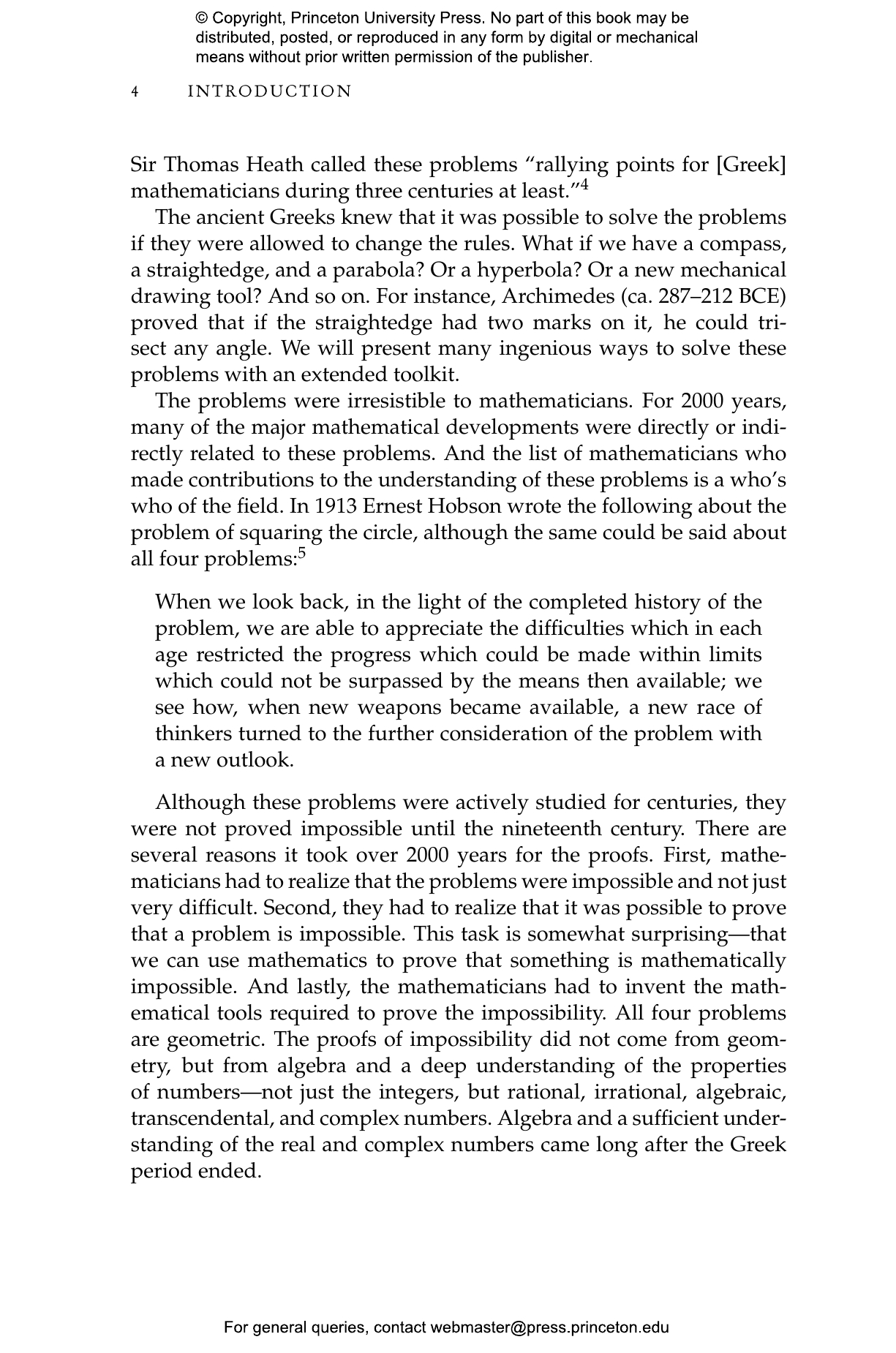 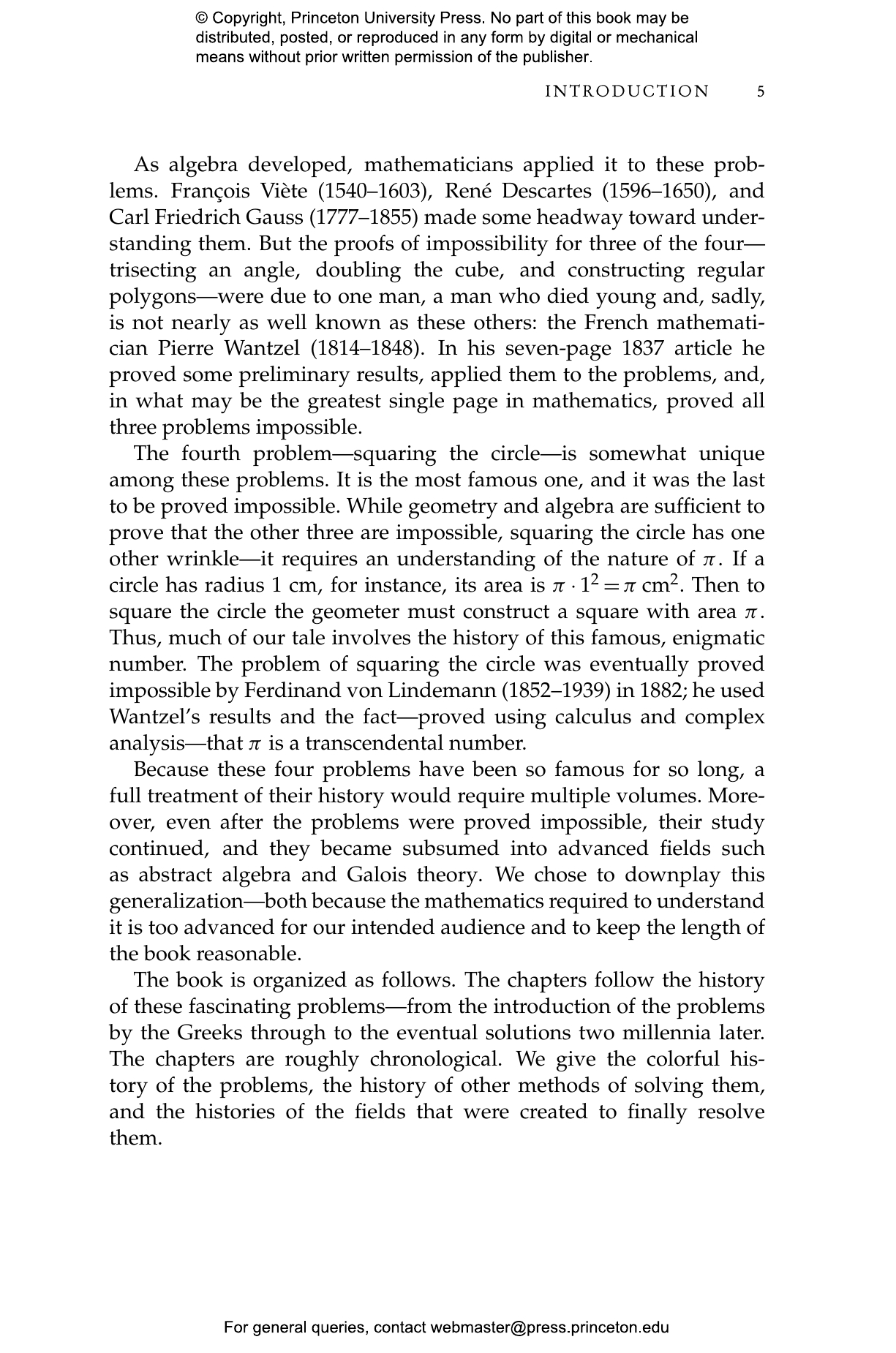 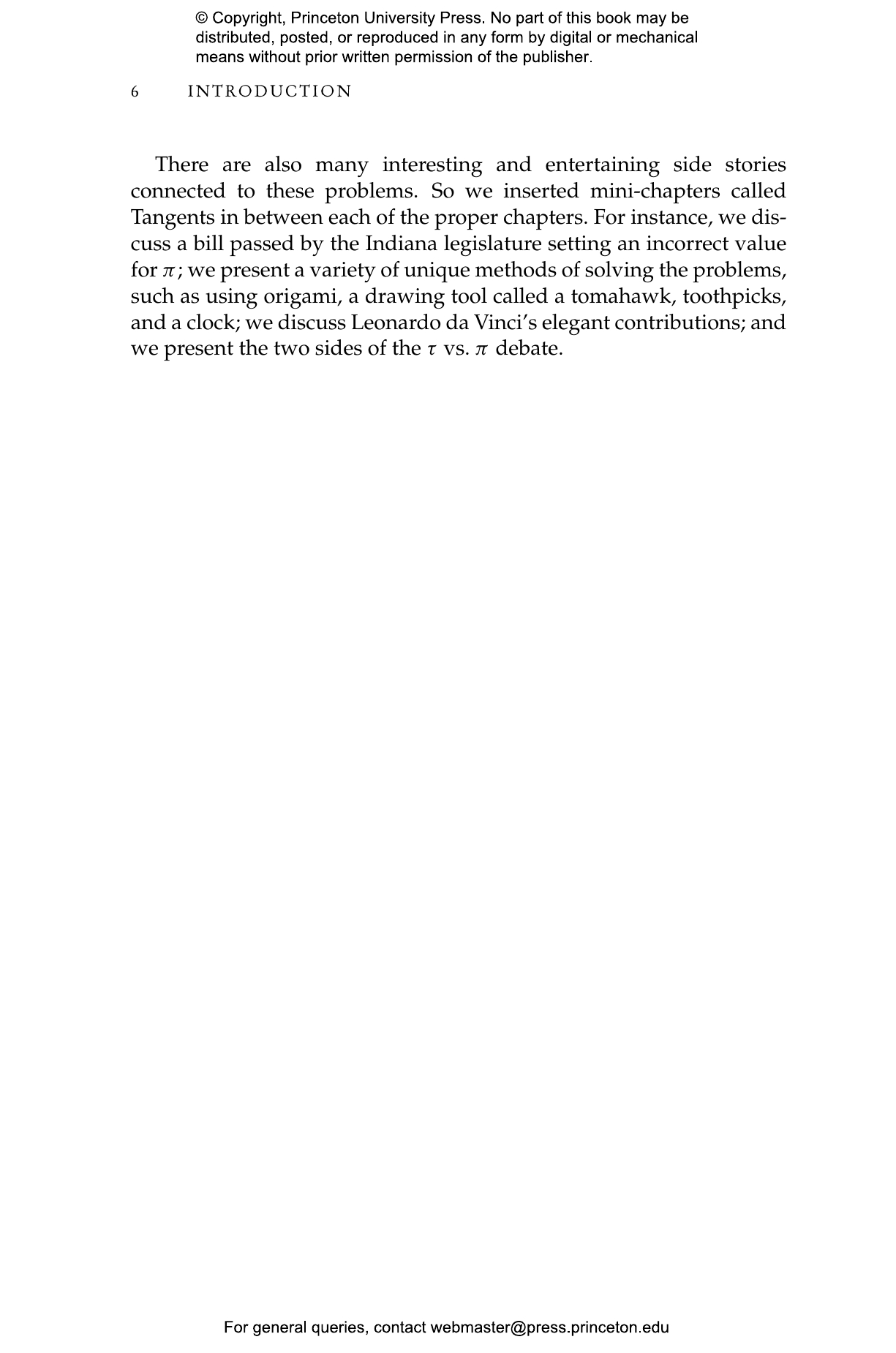 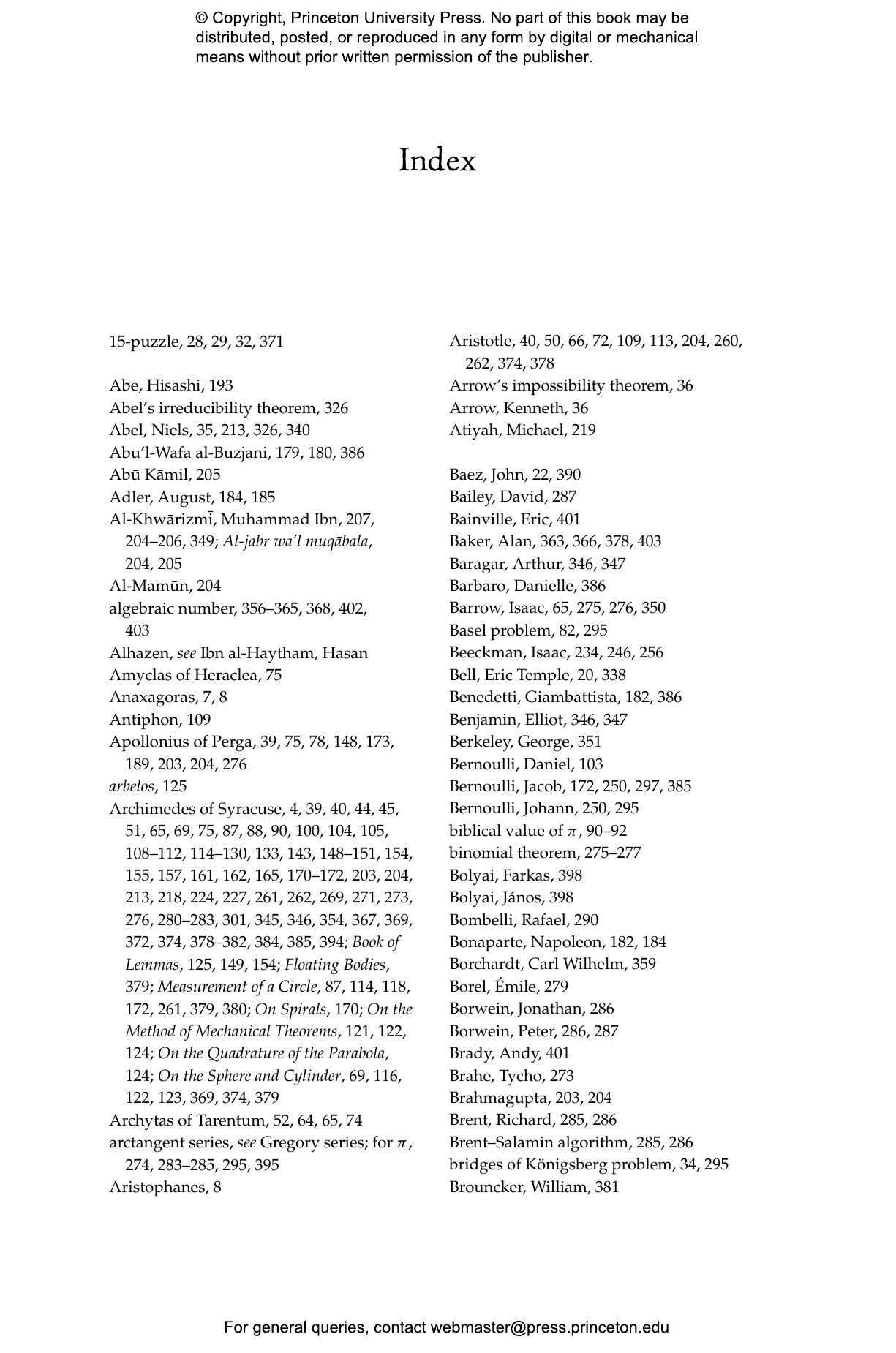 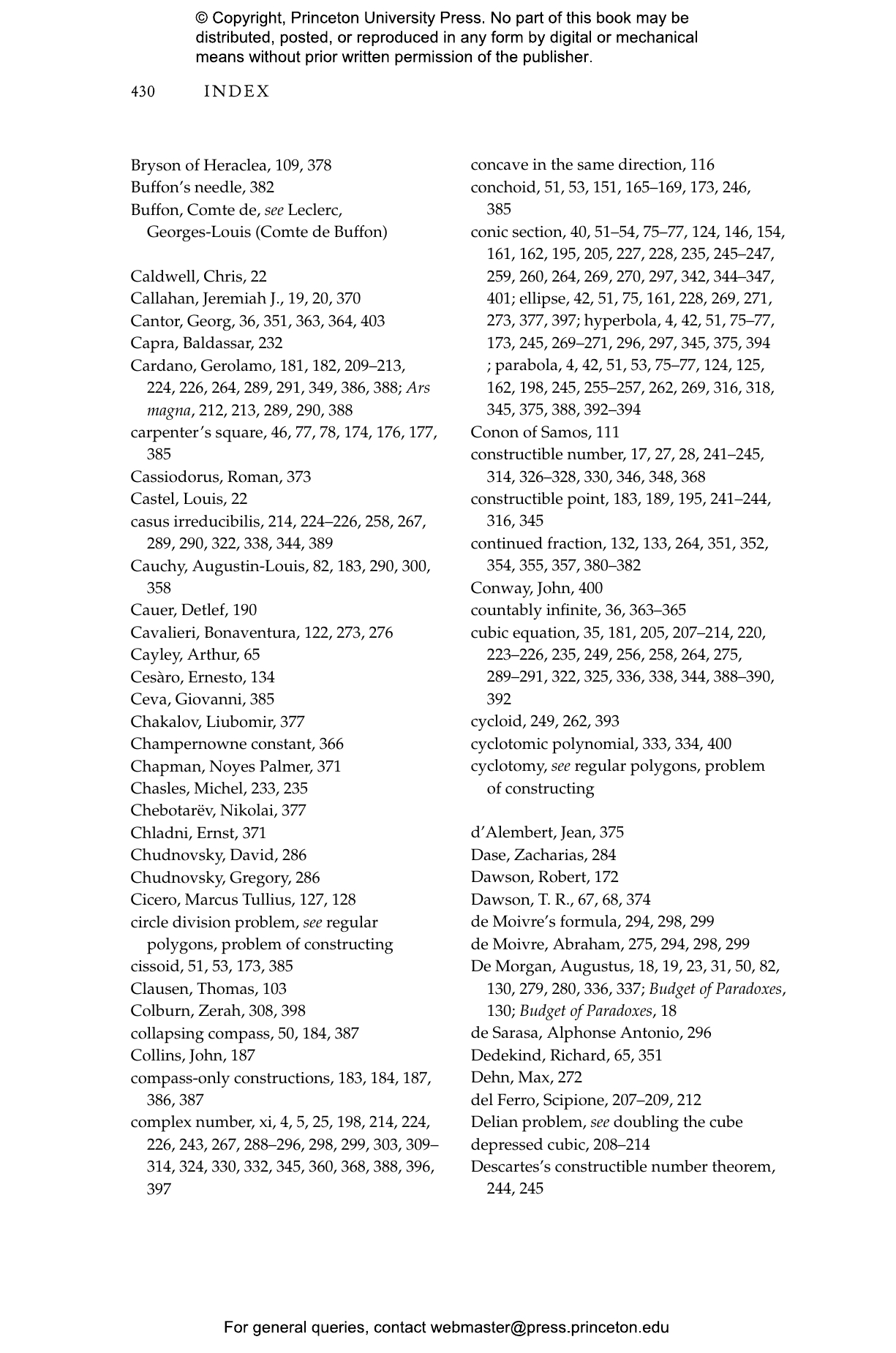 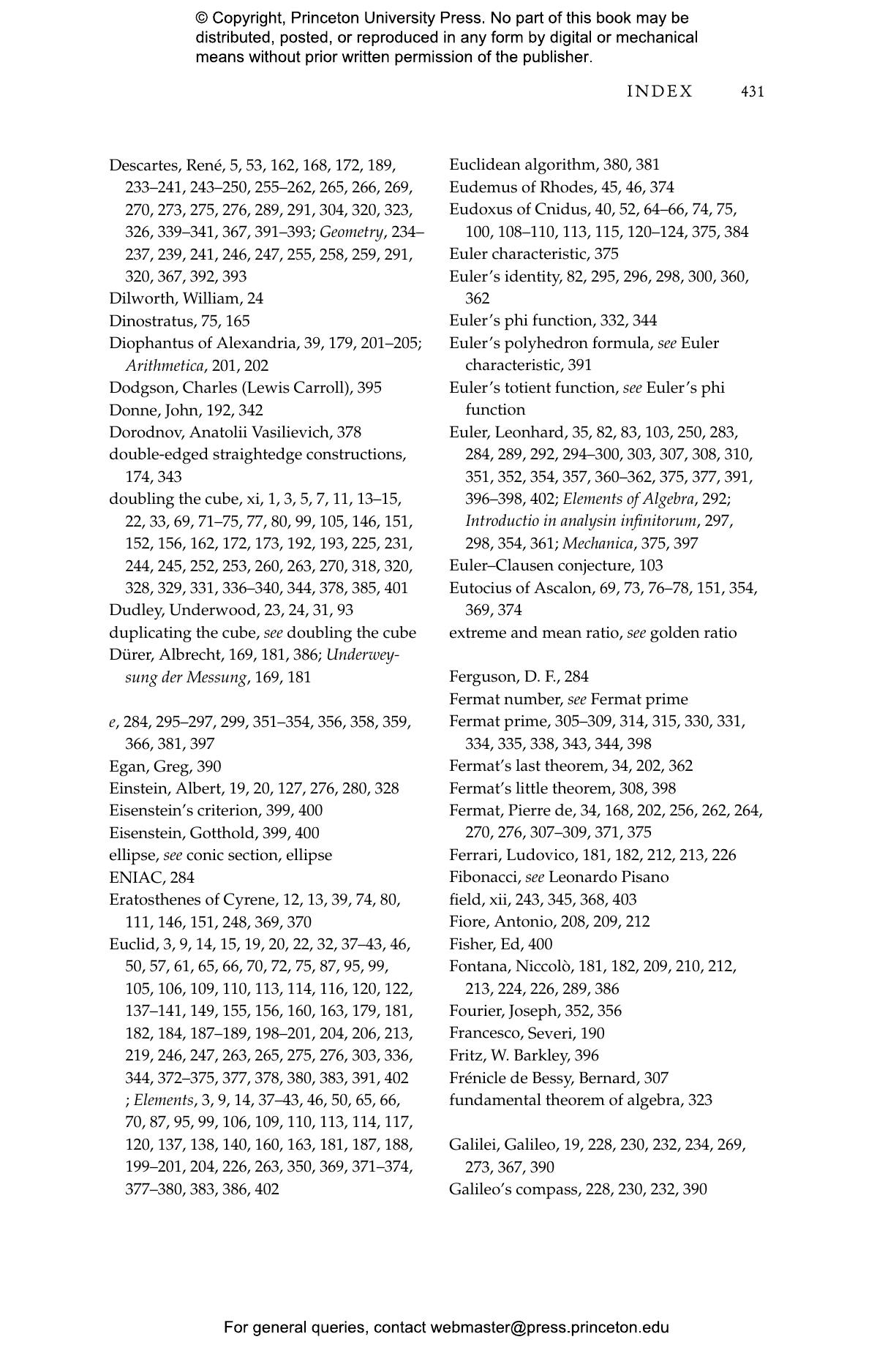 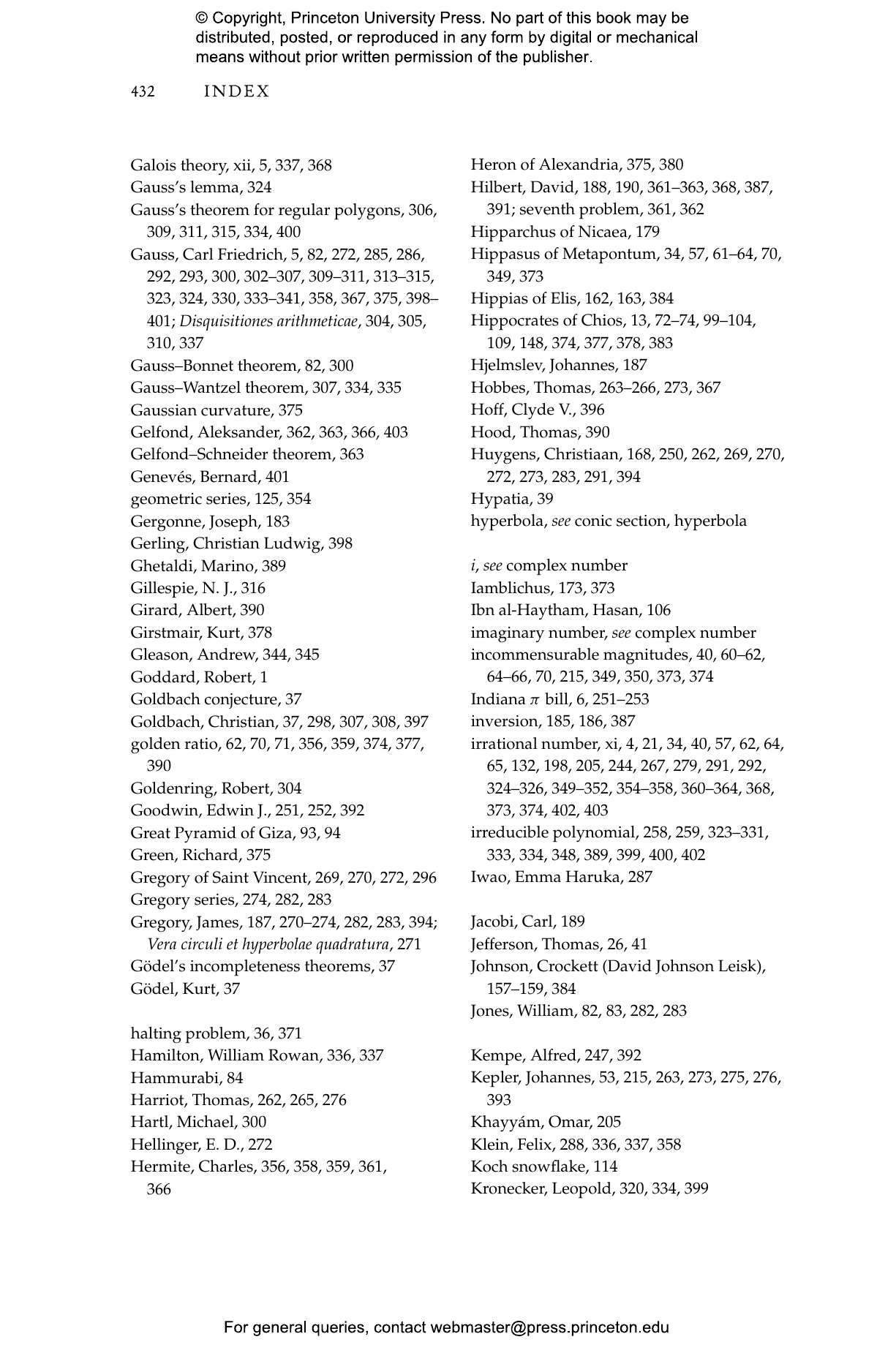 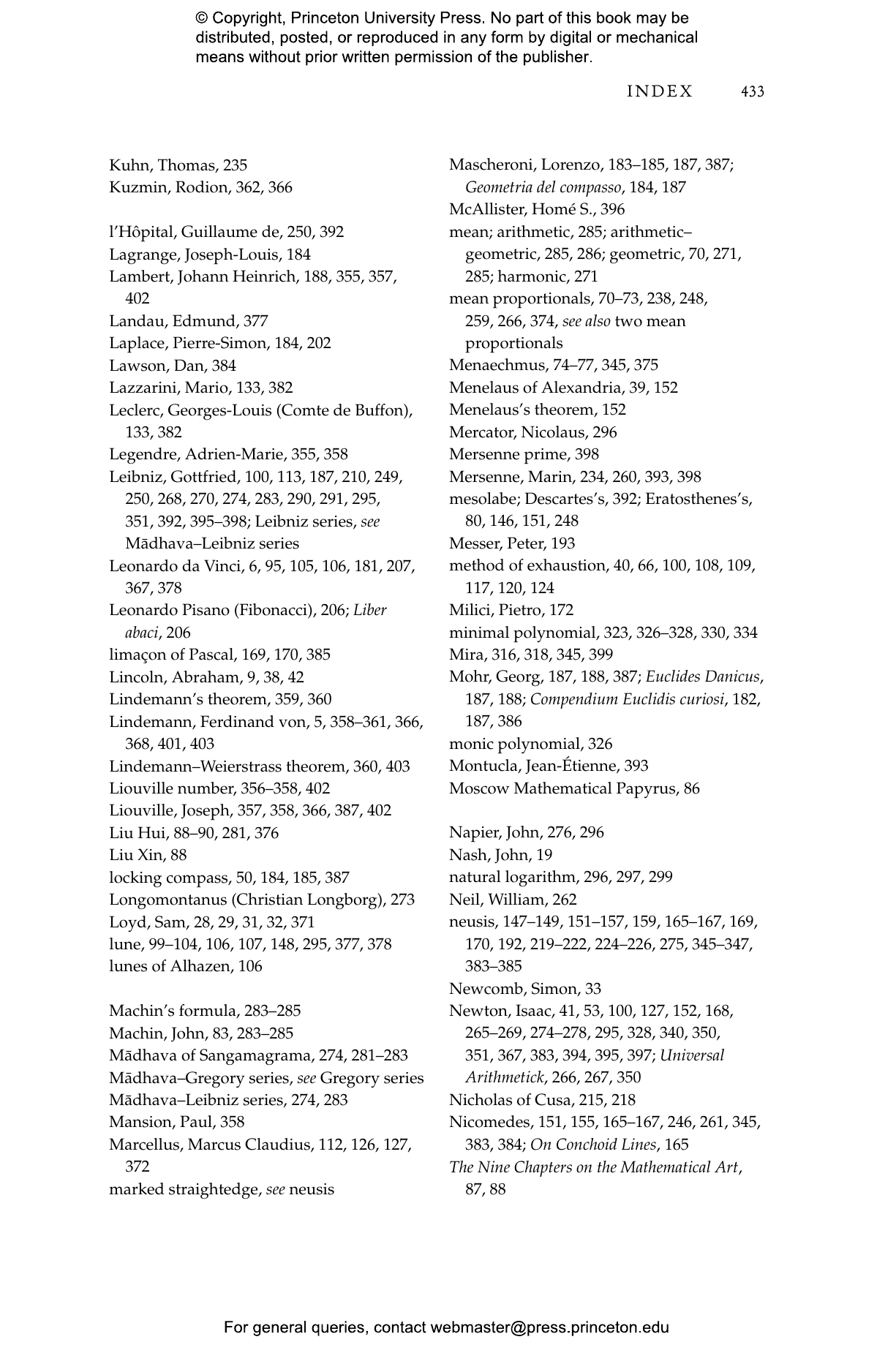 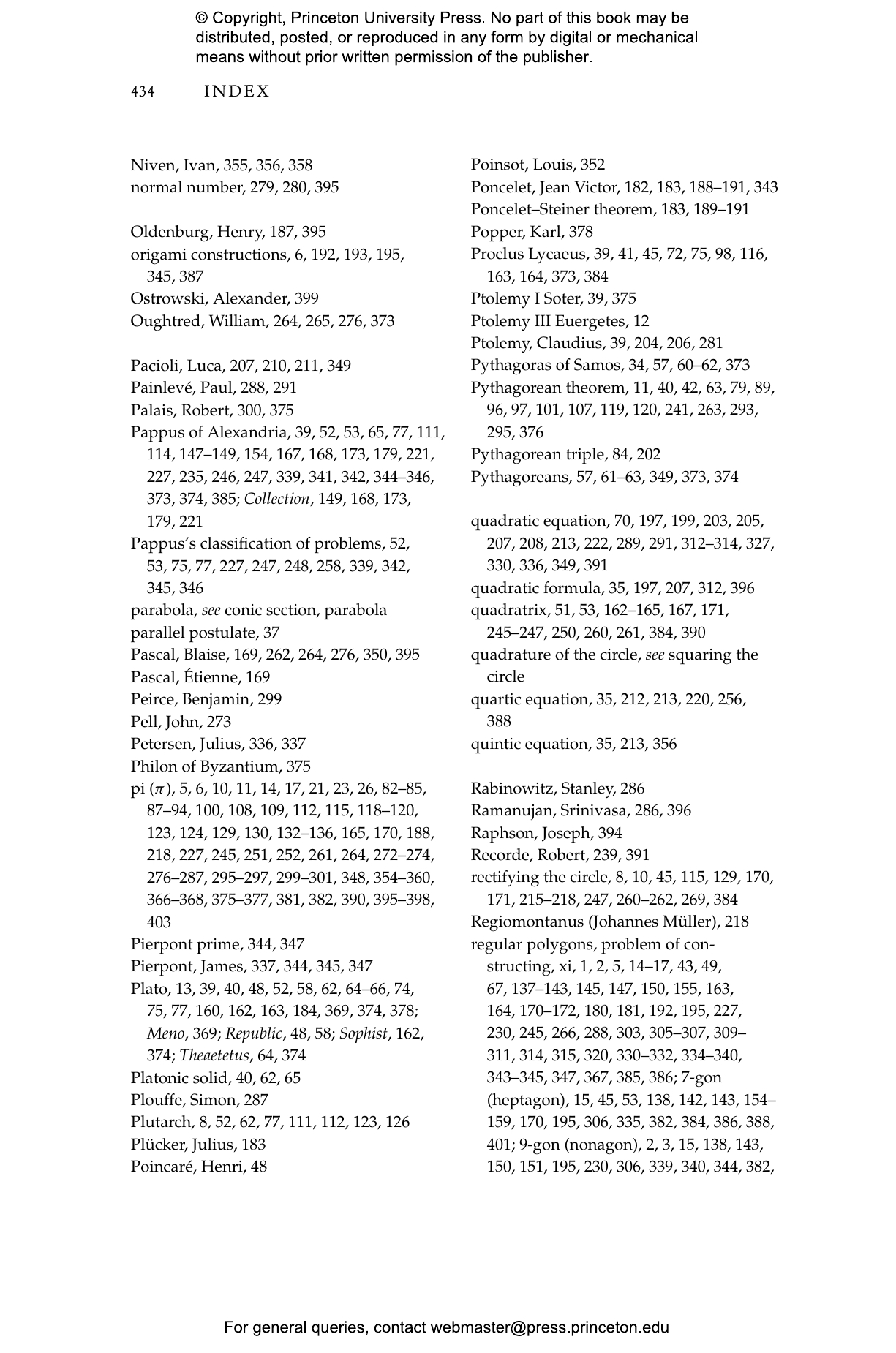 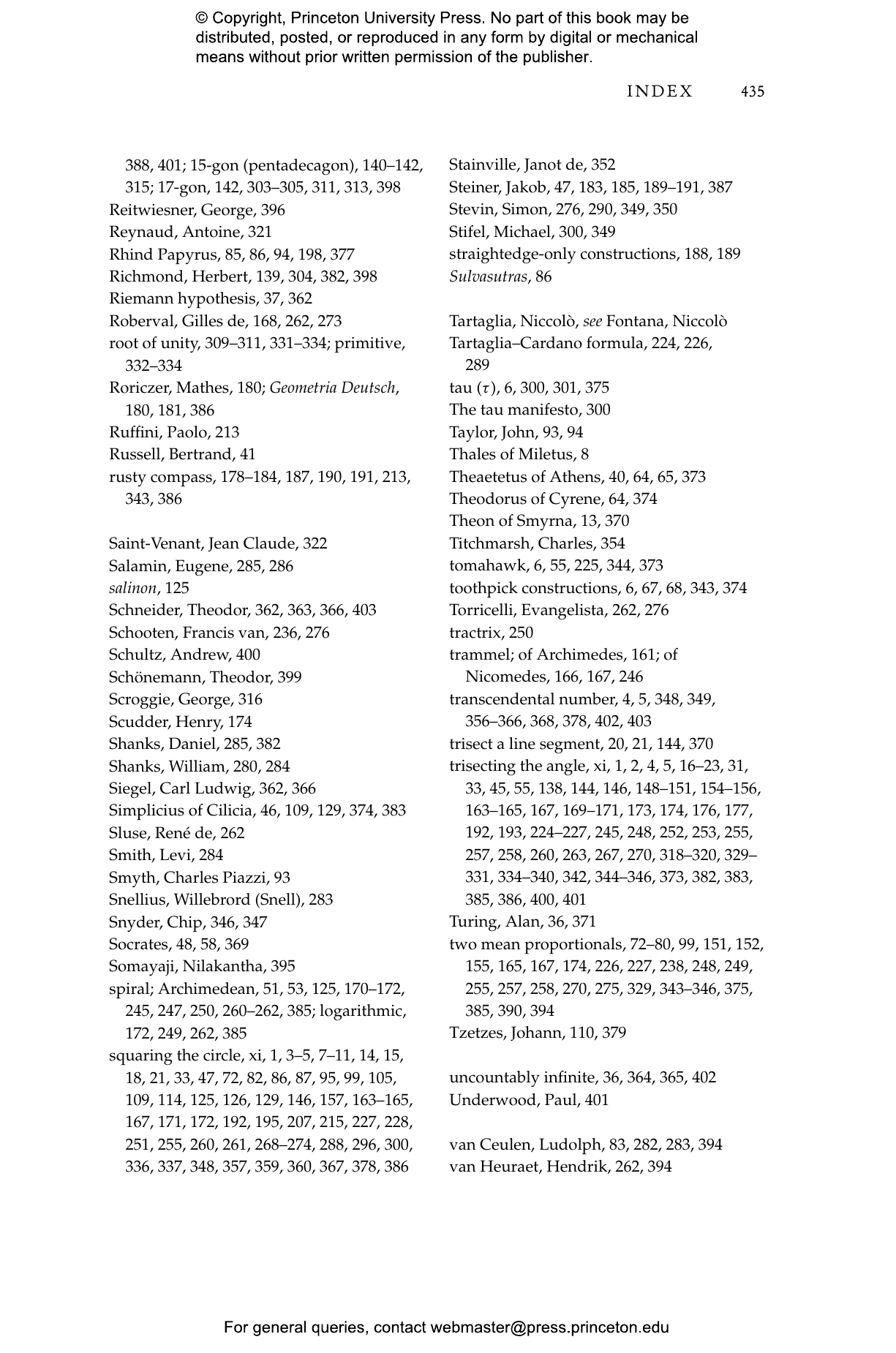 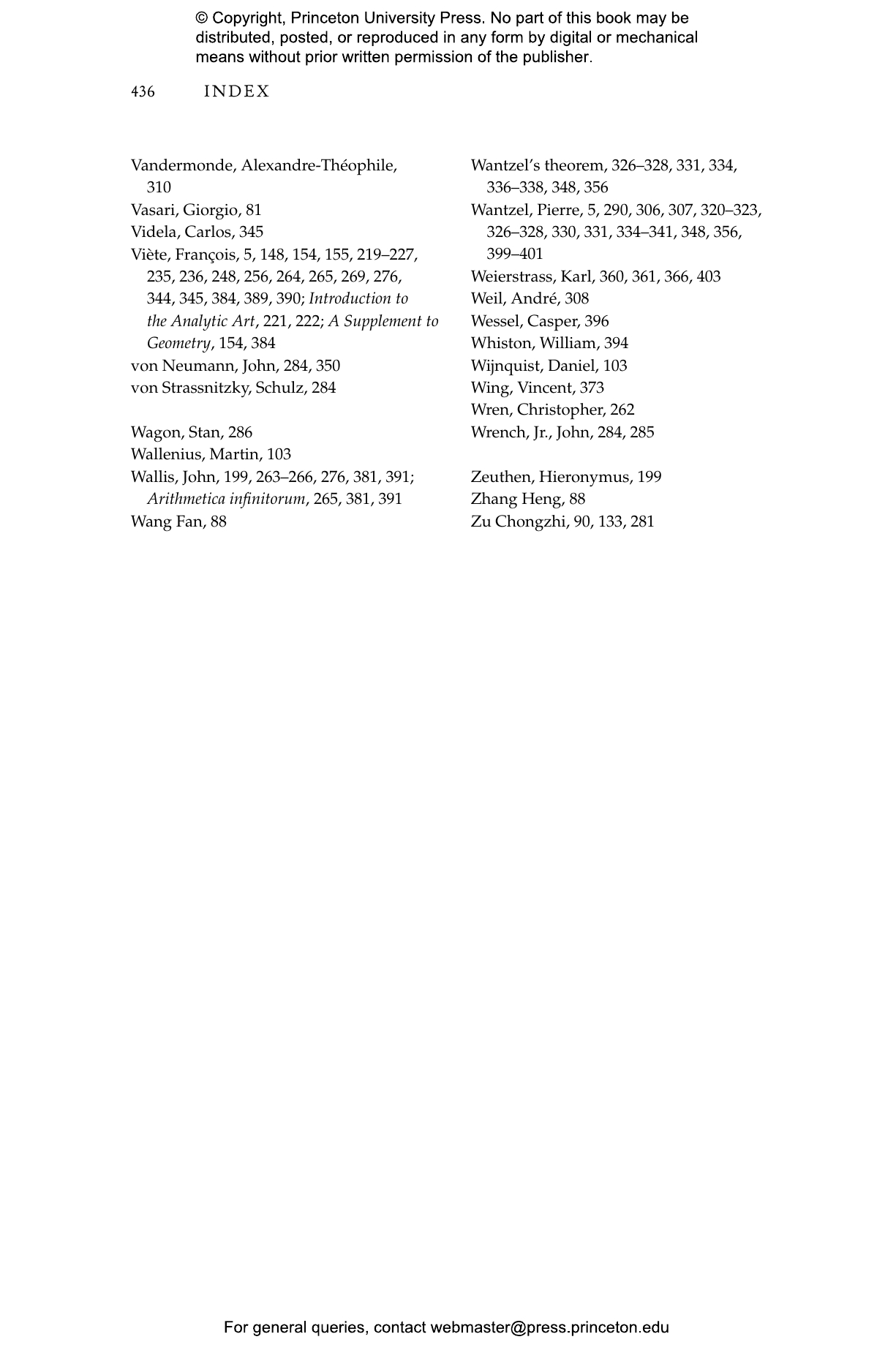 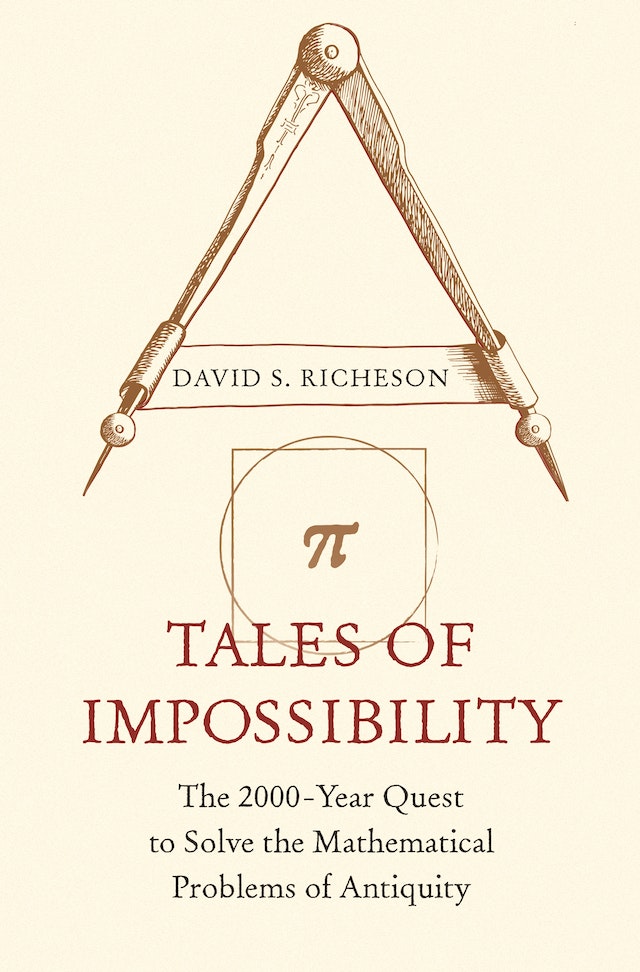 Tales of Impossibility recounts the intriguing story of the renowned problems of antiquity, four of the most famous and studied questions in the history of mathematics. First posed by the ancient Greeks, these compass and straightedge problems—squaring the circle, trisecting an angle, doubling the cube, and inscribing regular polygons in a circle—have served as ever-present muses for mathematicians for more than two millennia. David Richeson follows the trail of these problems to show that ultimately their proofs—demonstrating the impossibility of solving them using only a compass and straightedge—depended on and resulted in the growth of mathematics.

David S. Richeson is professor of mathematics at Dickinson College. He is the author of Euler’s Gem: The Polyhedron Formula and the Birth of Topology (Princeton). Twitter @divbyzero 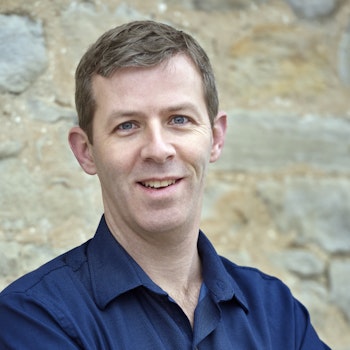