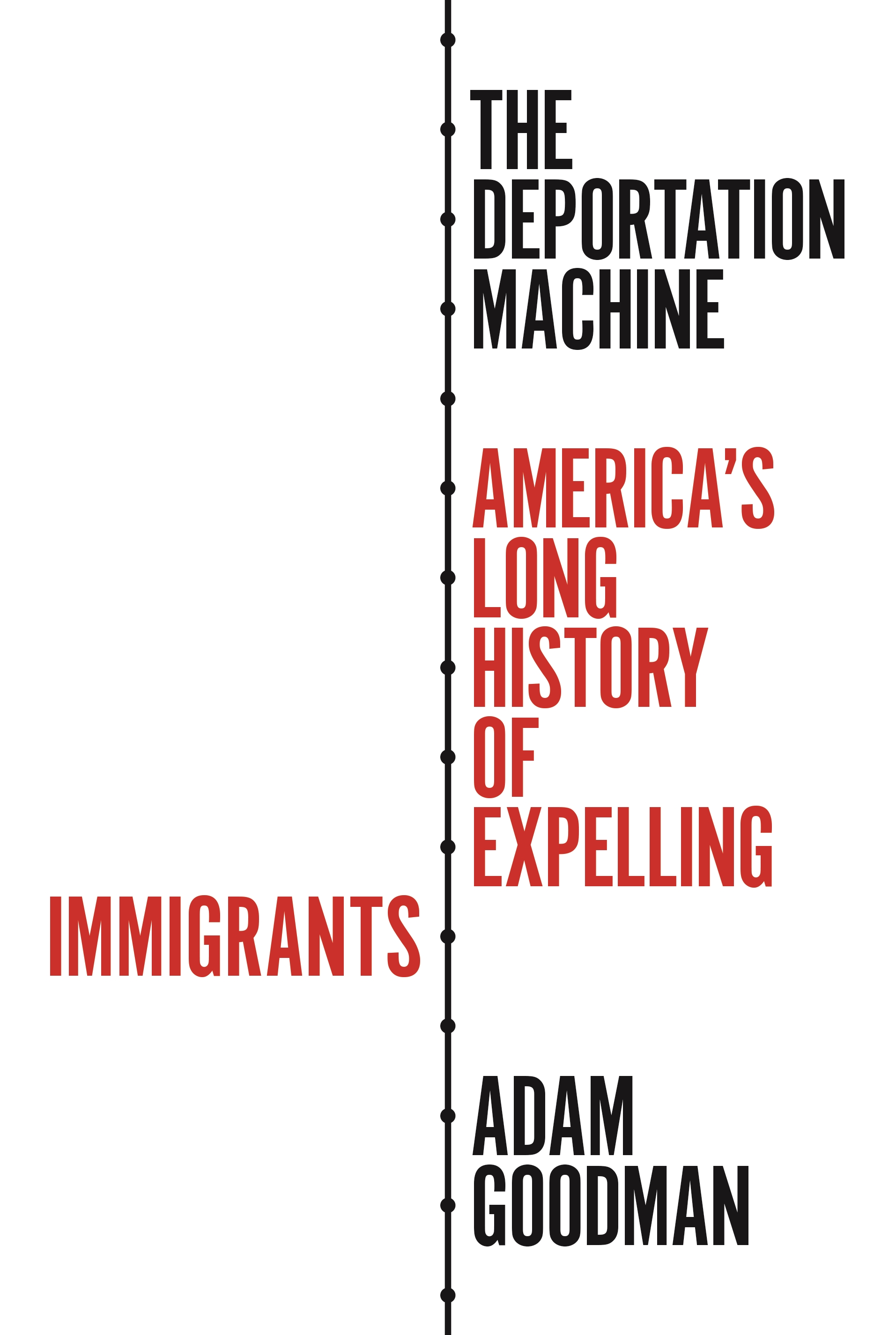 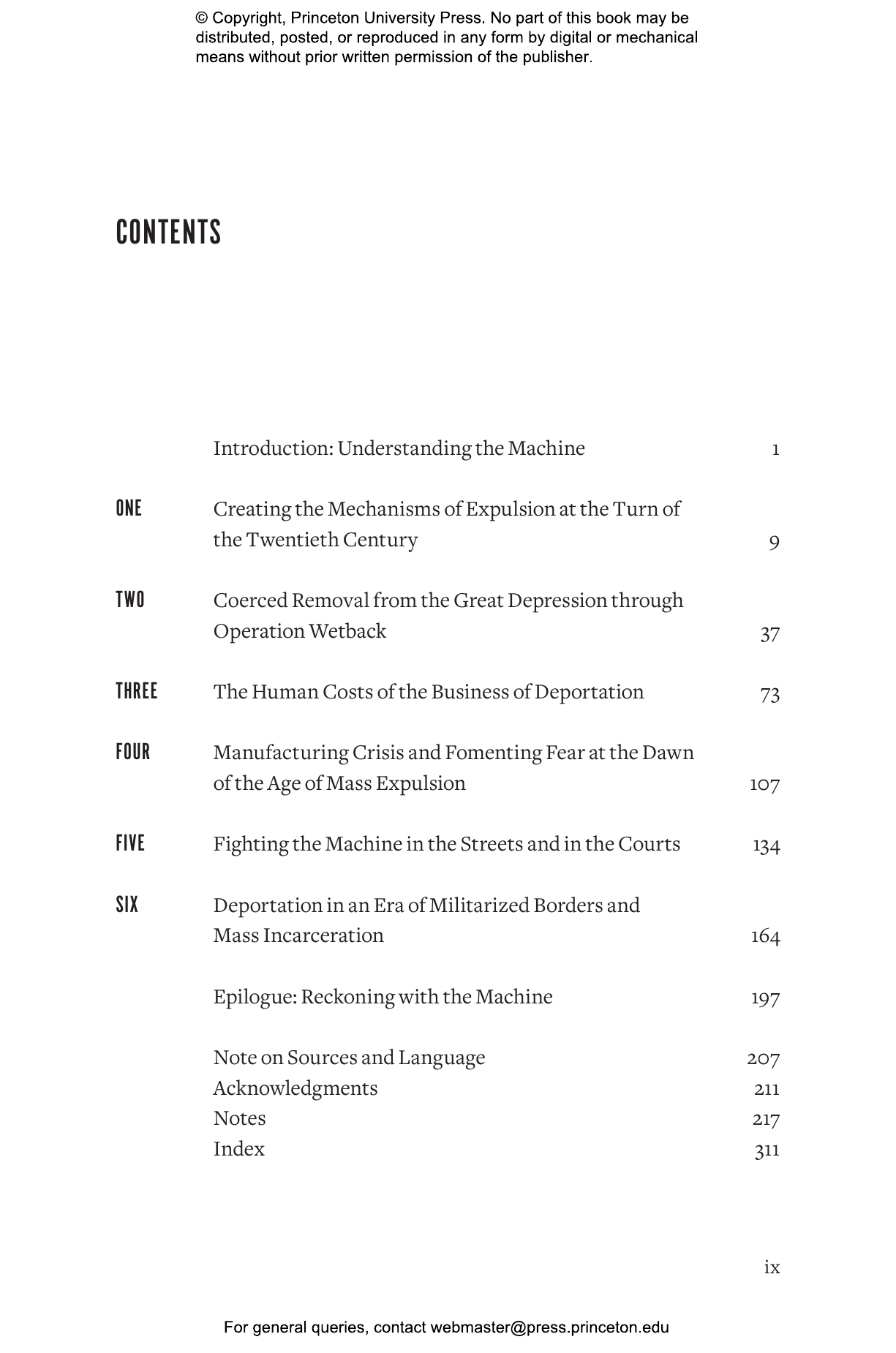 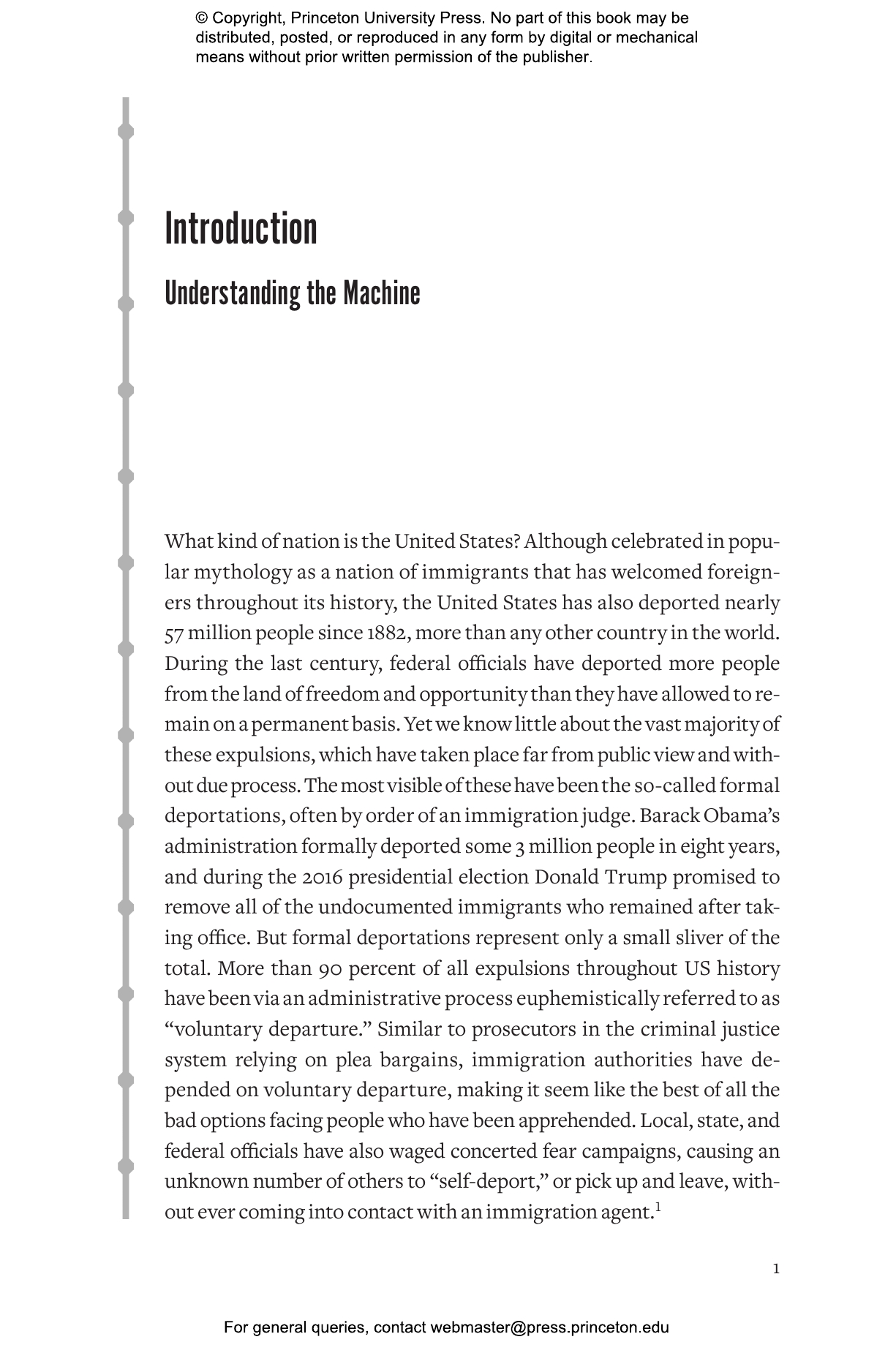 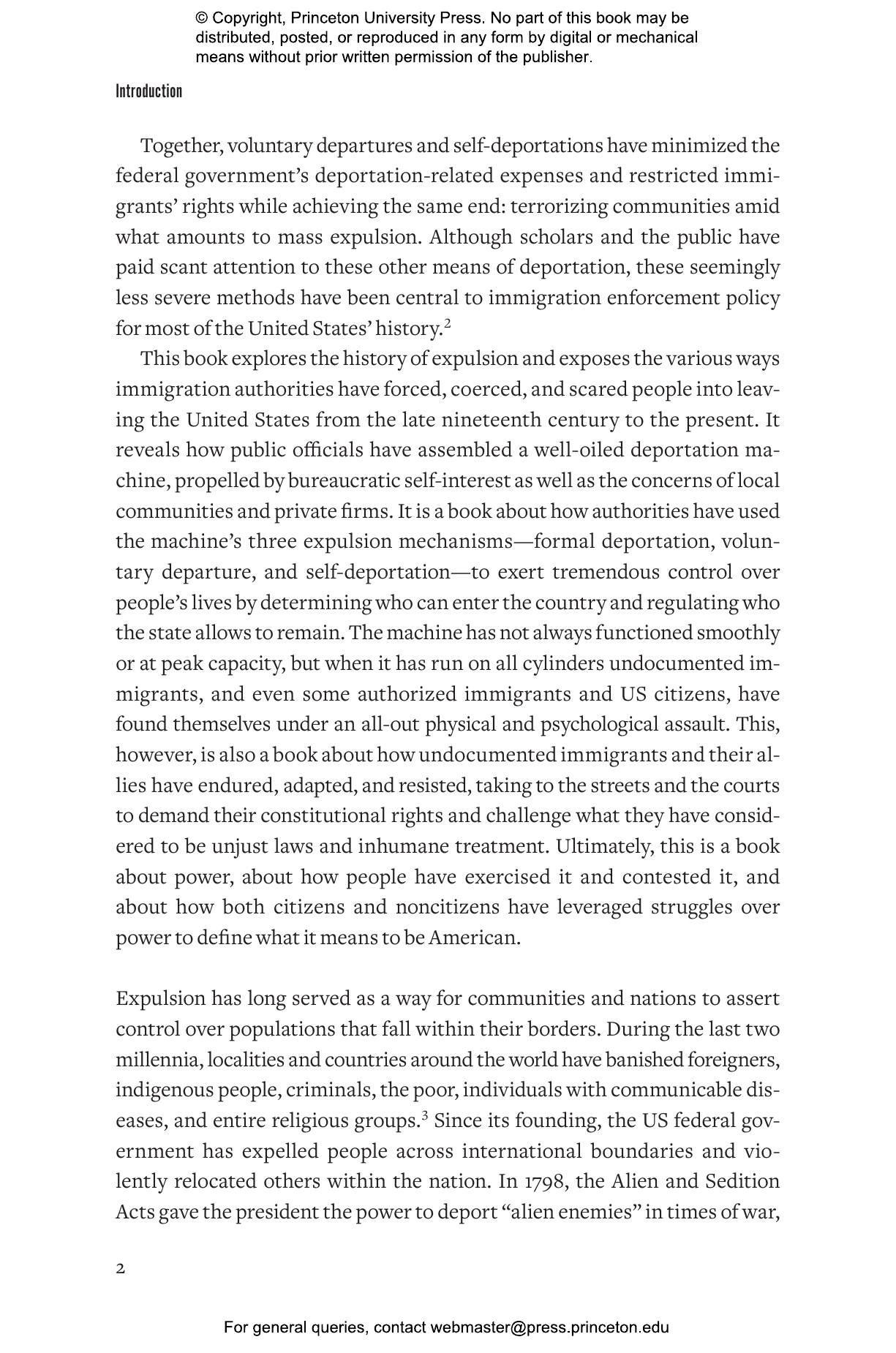 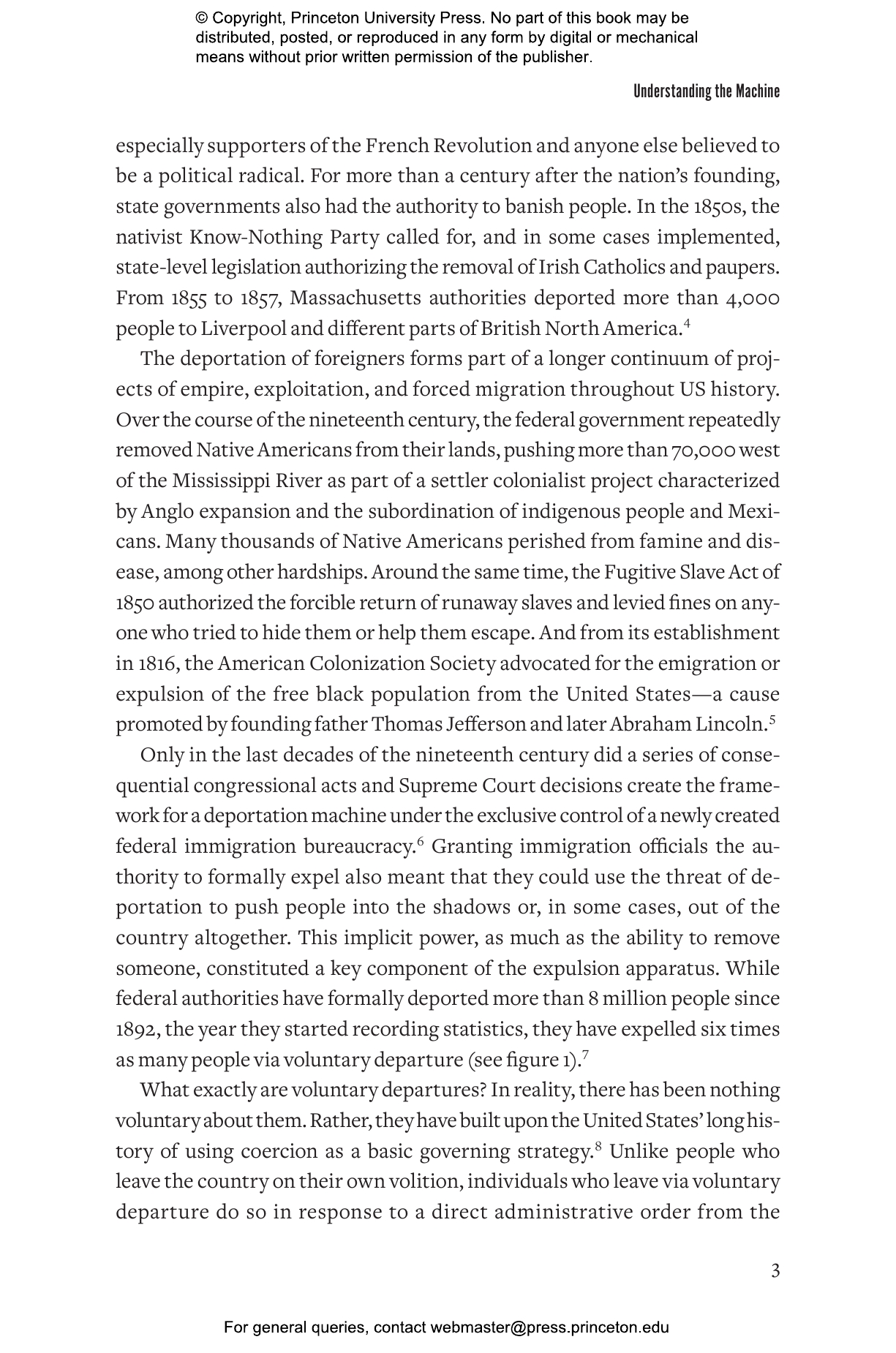 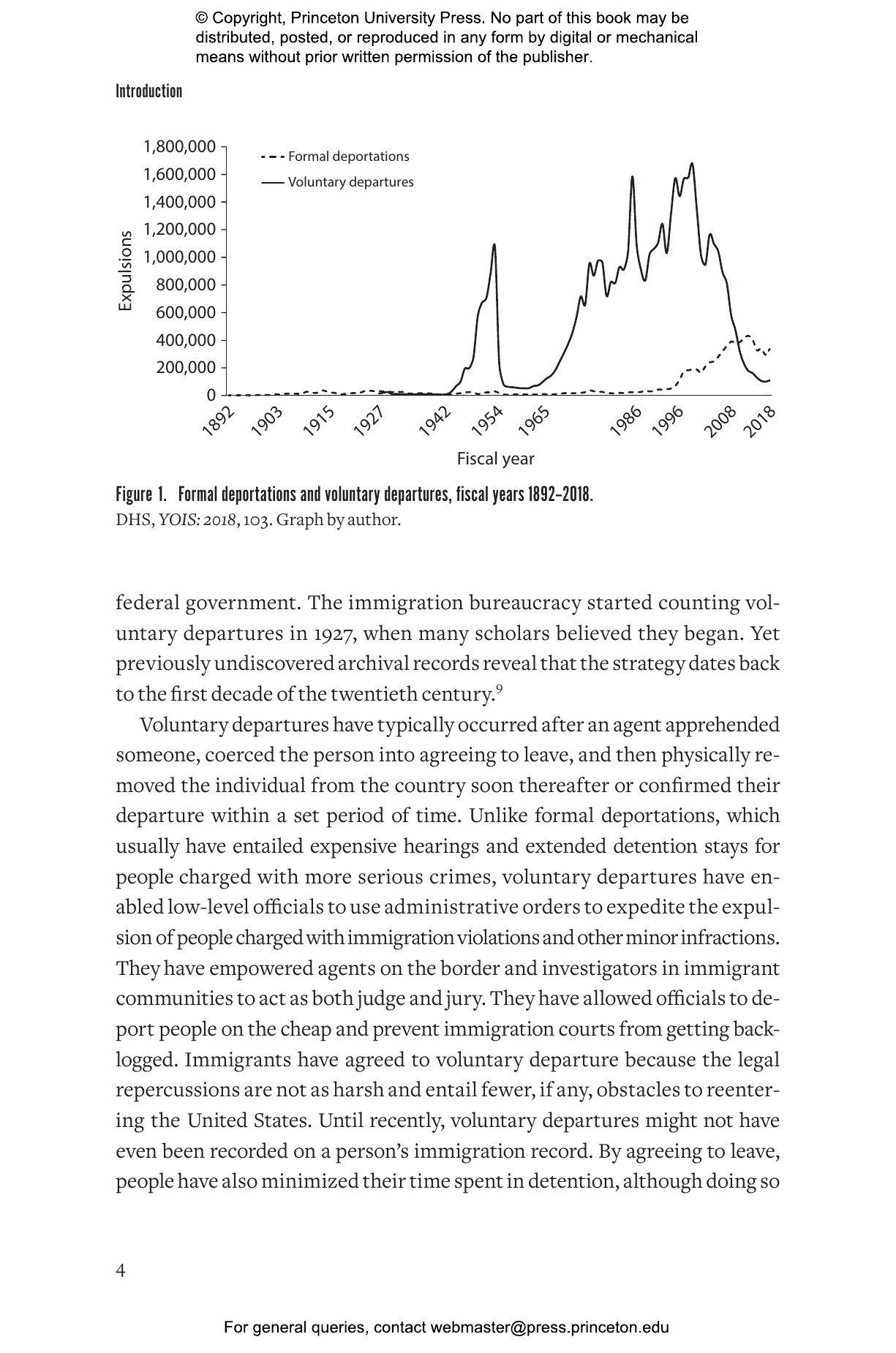 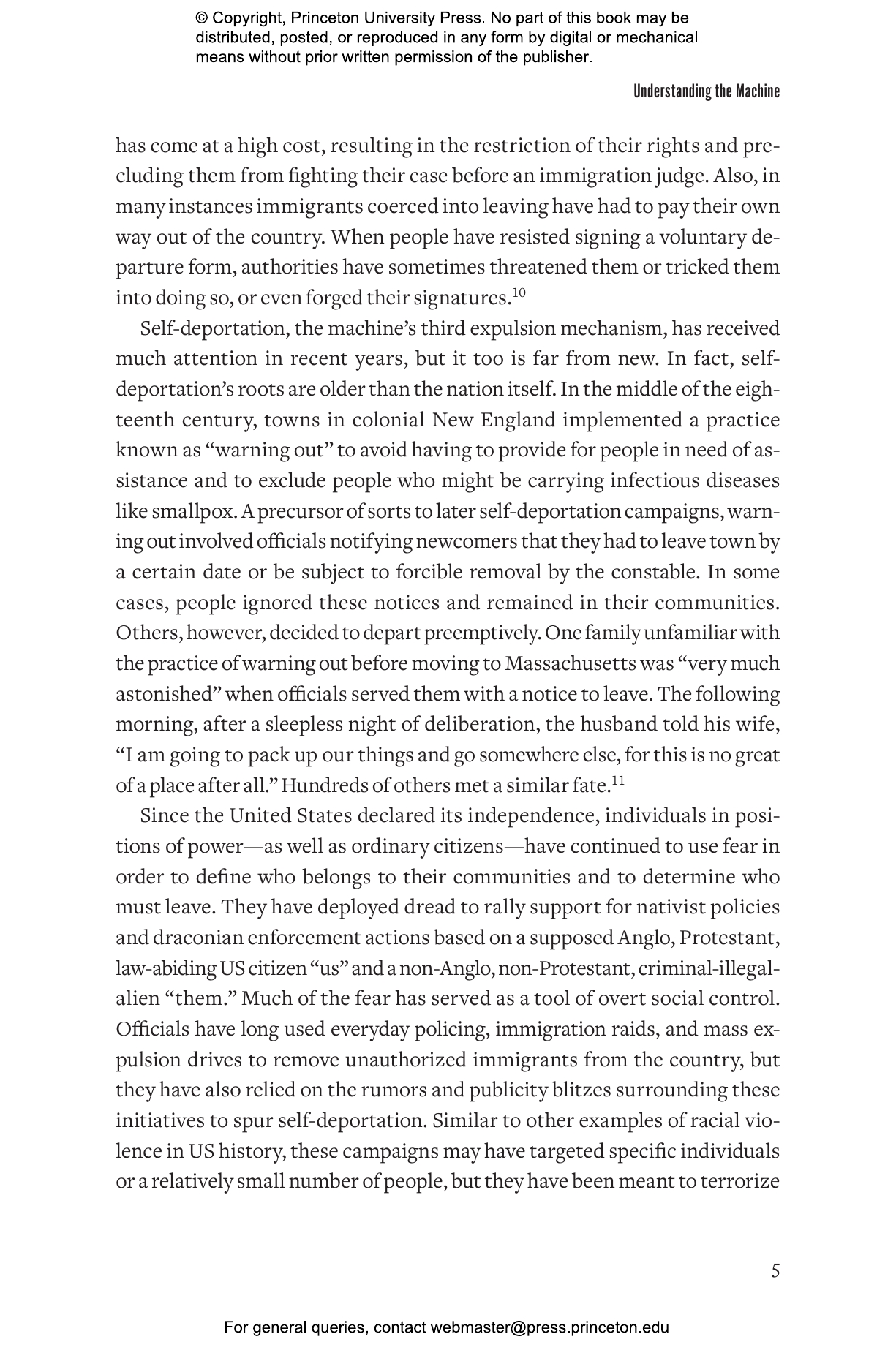 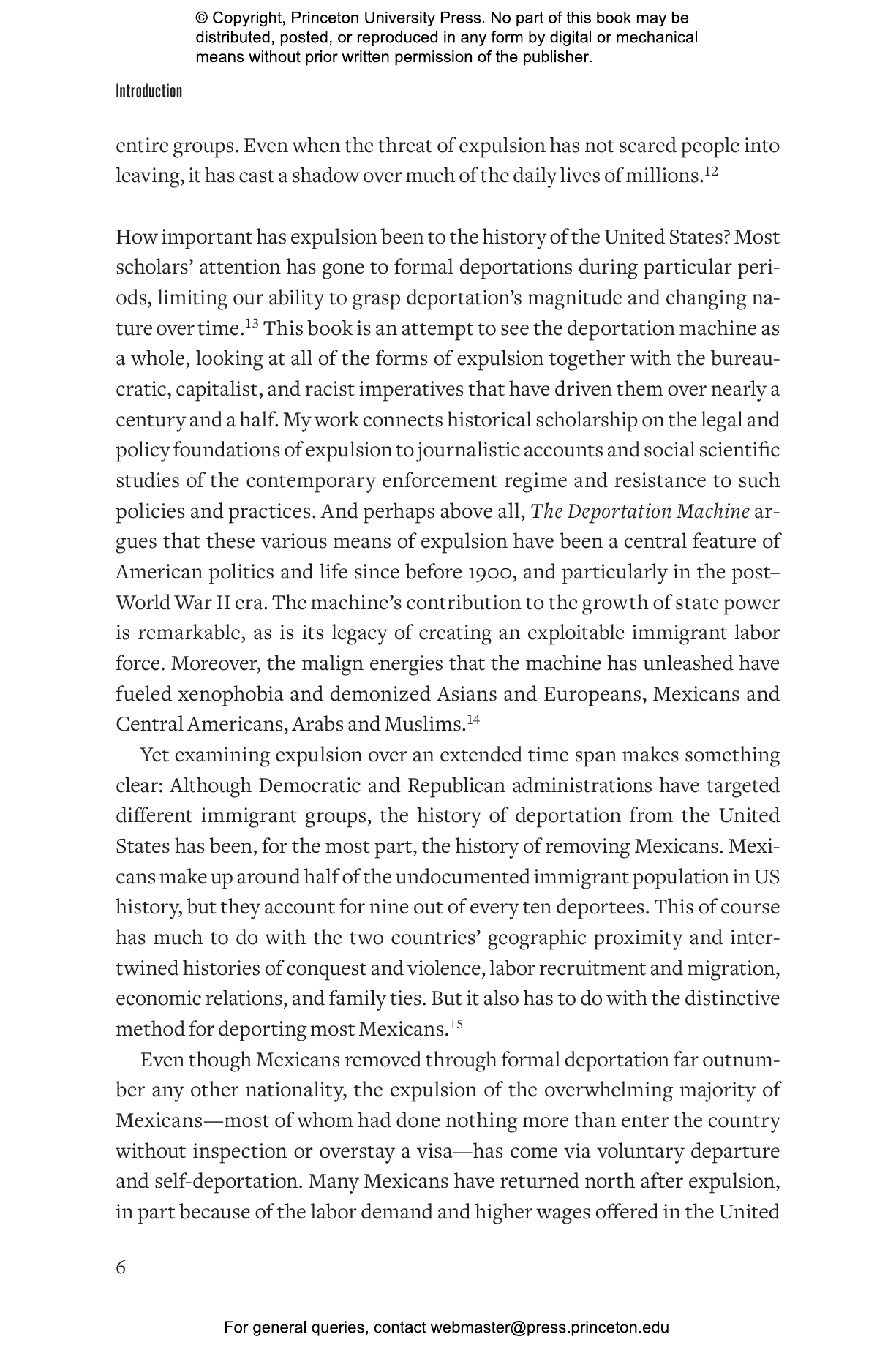 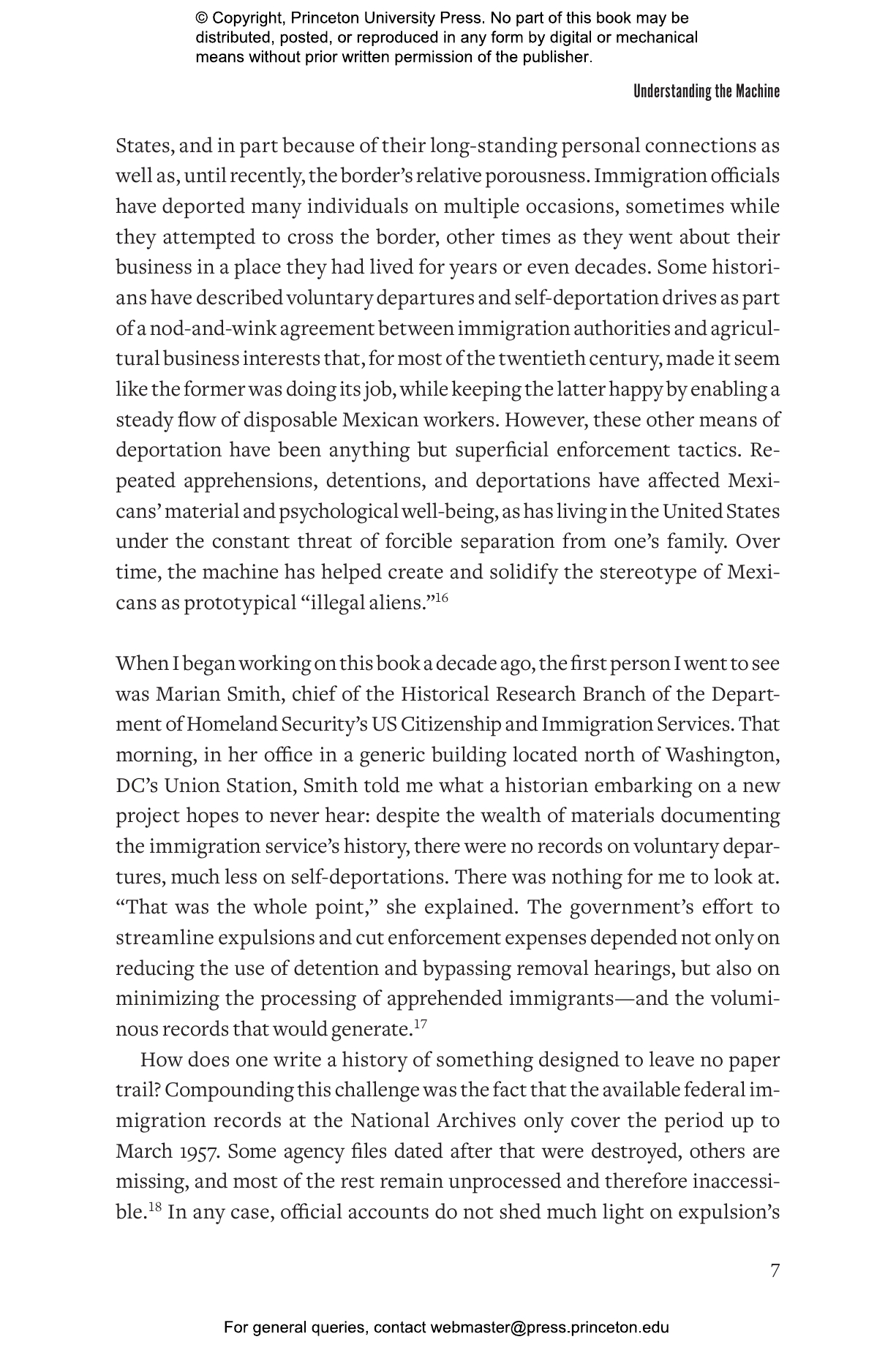 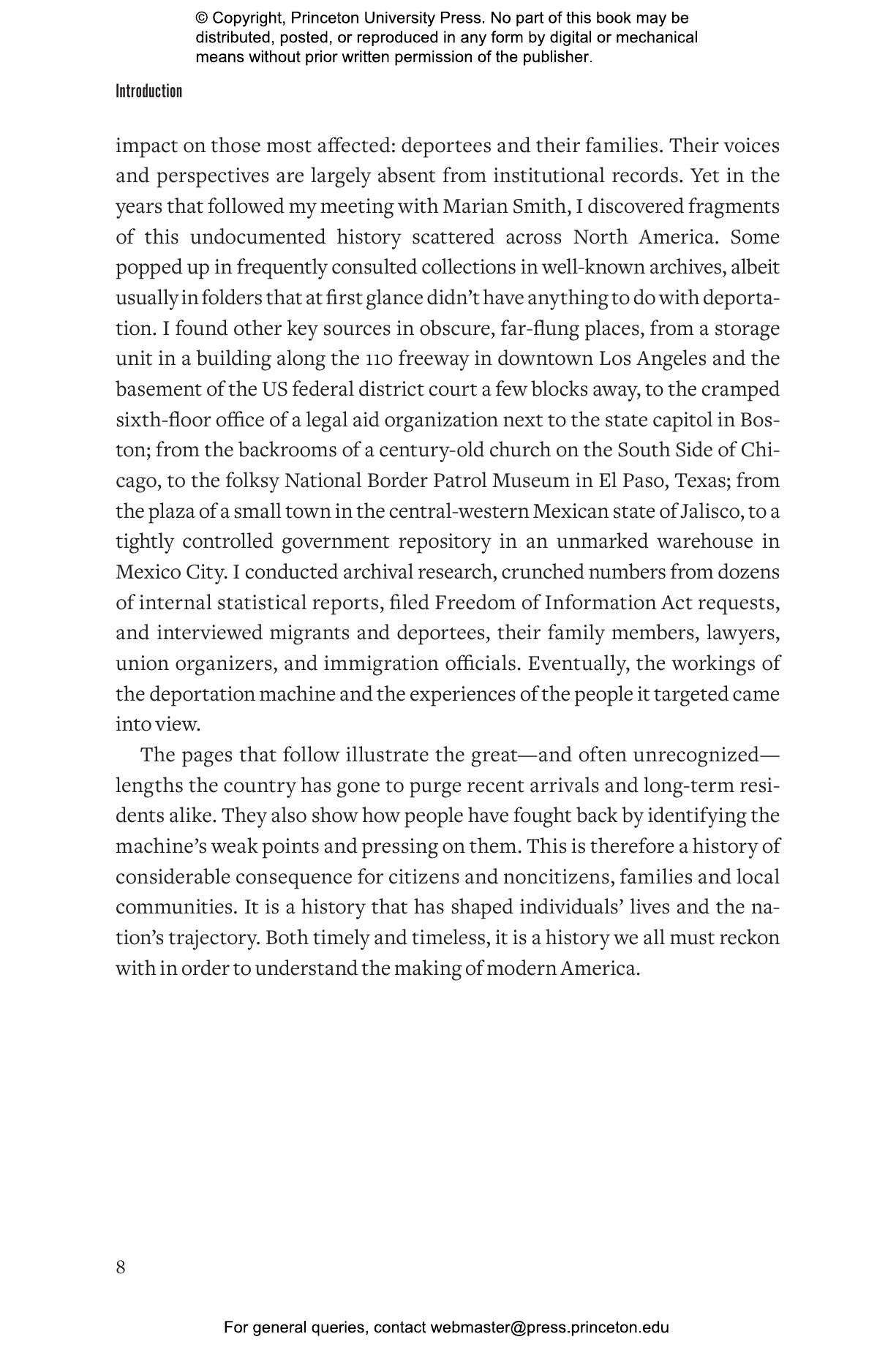 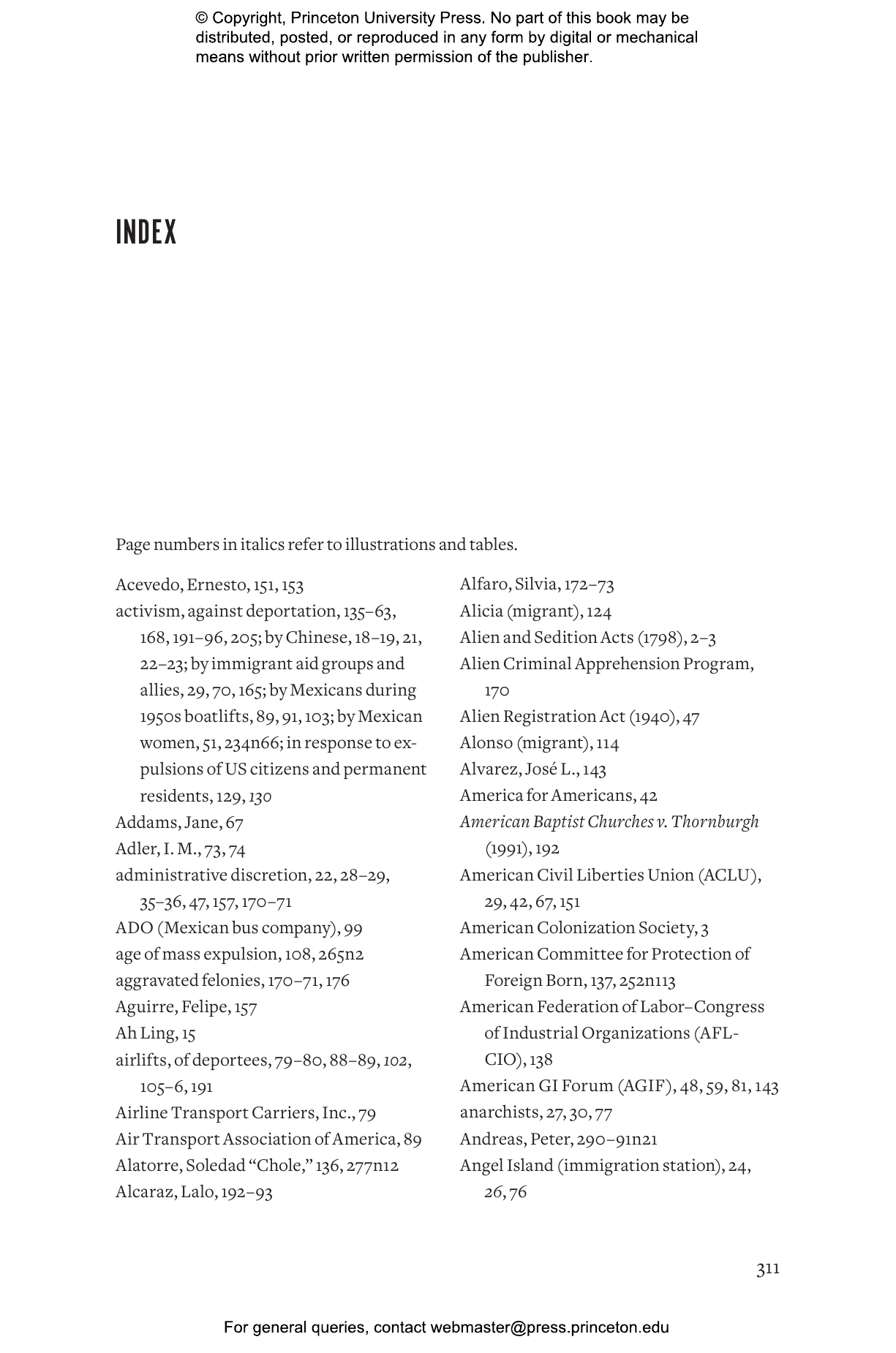 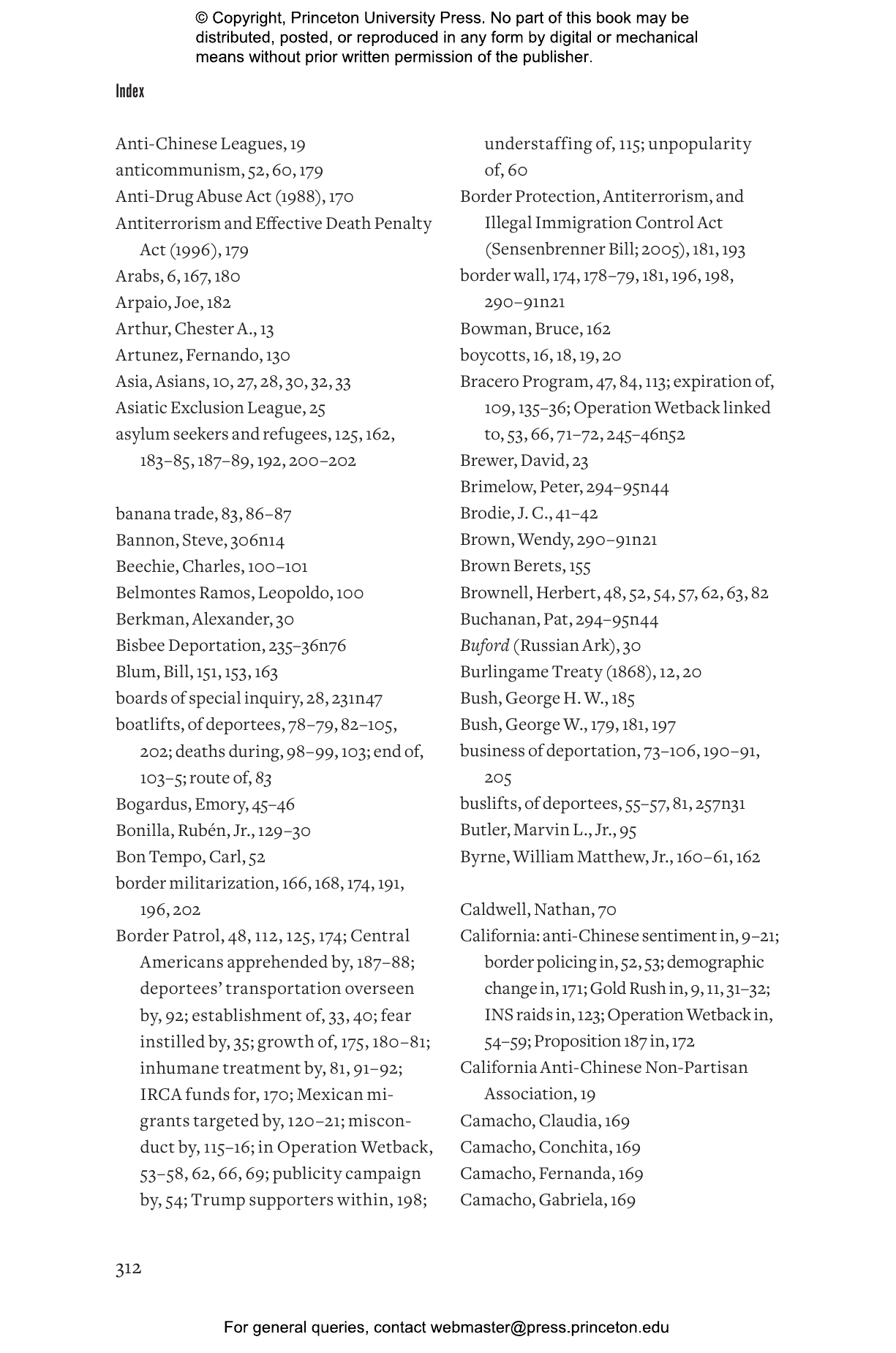 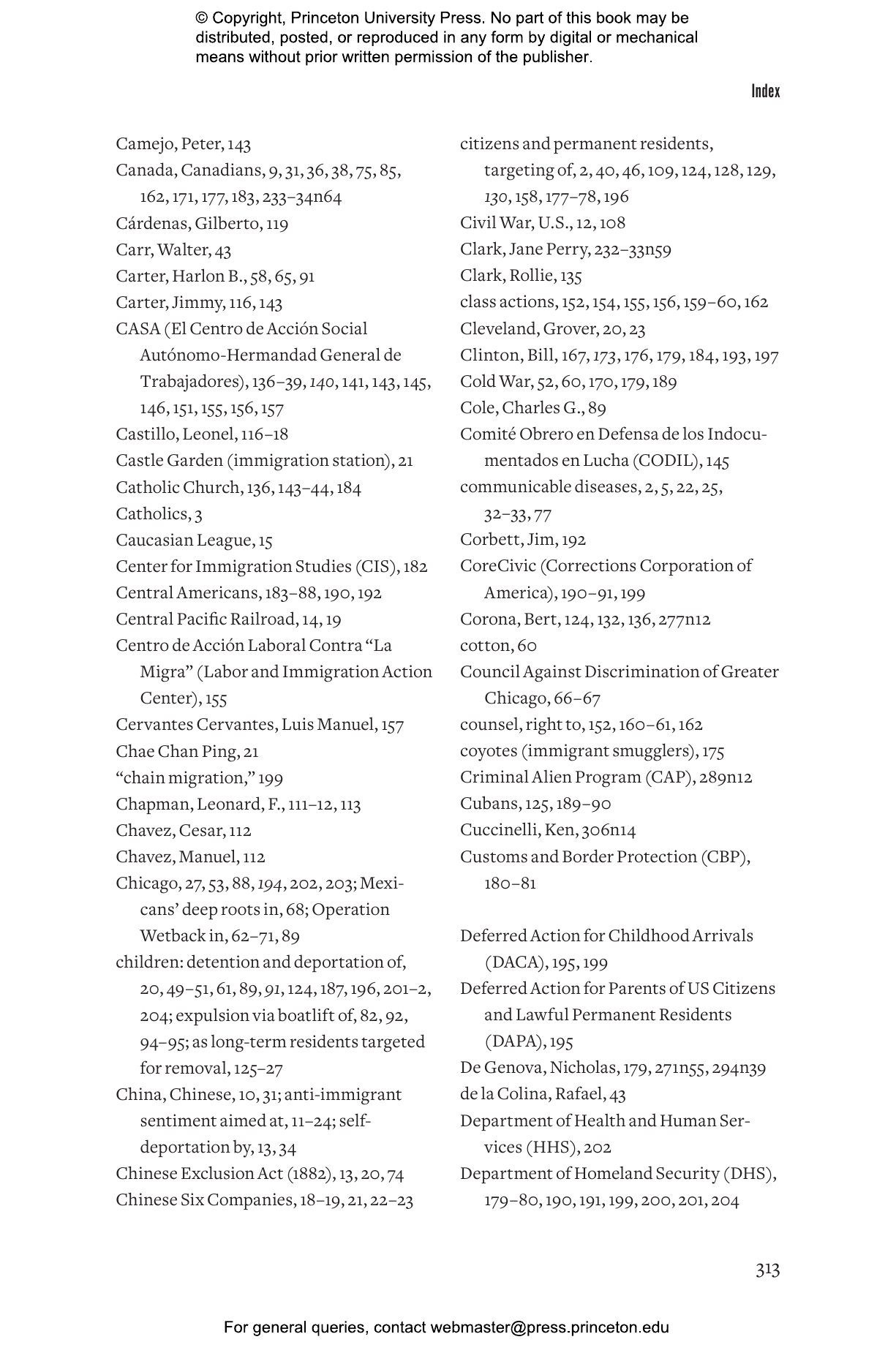 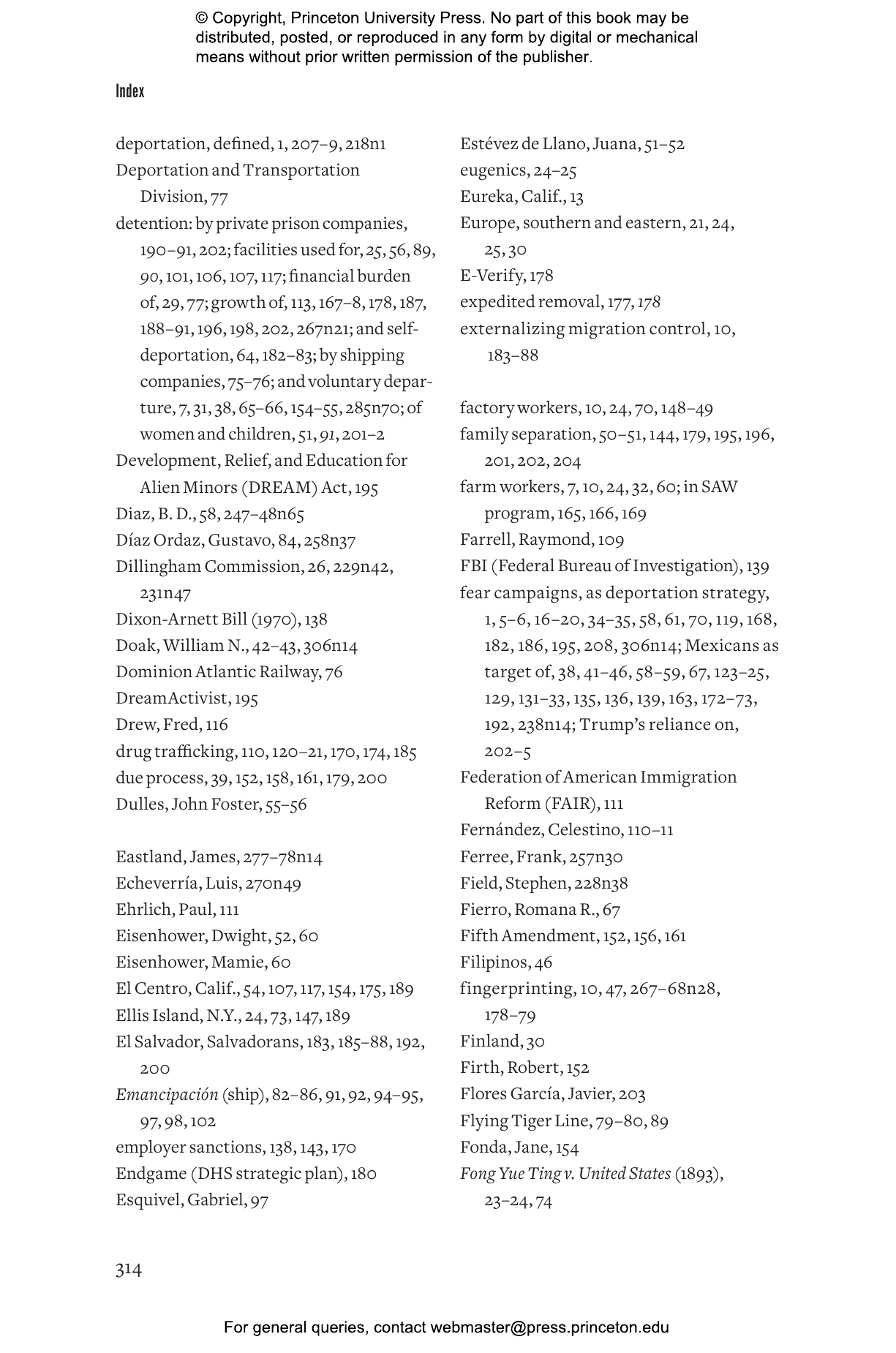 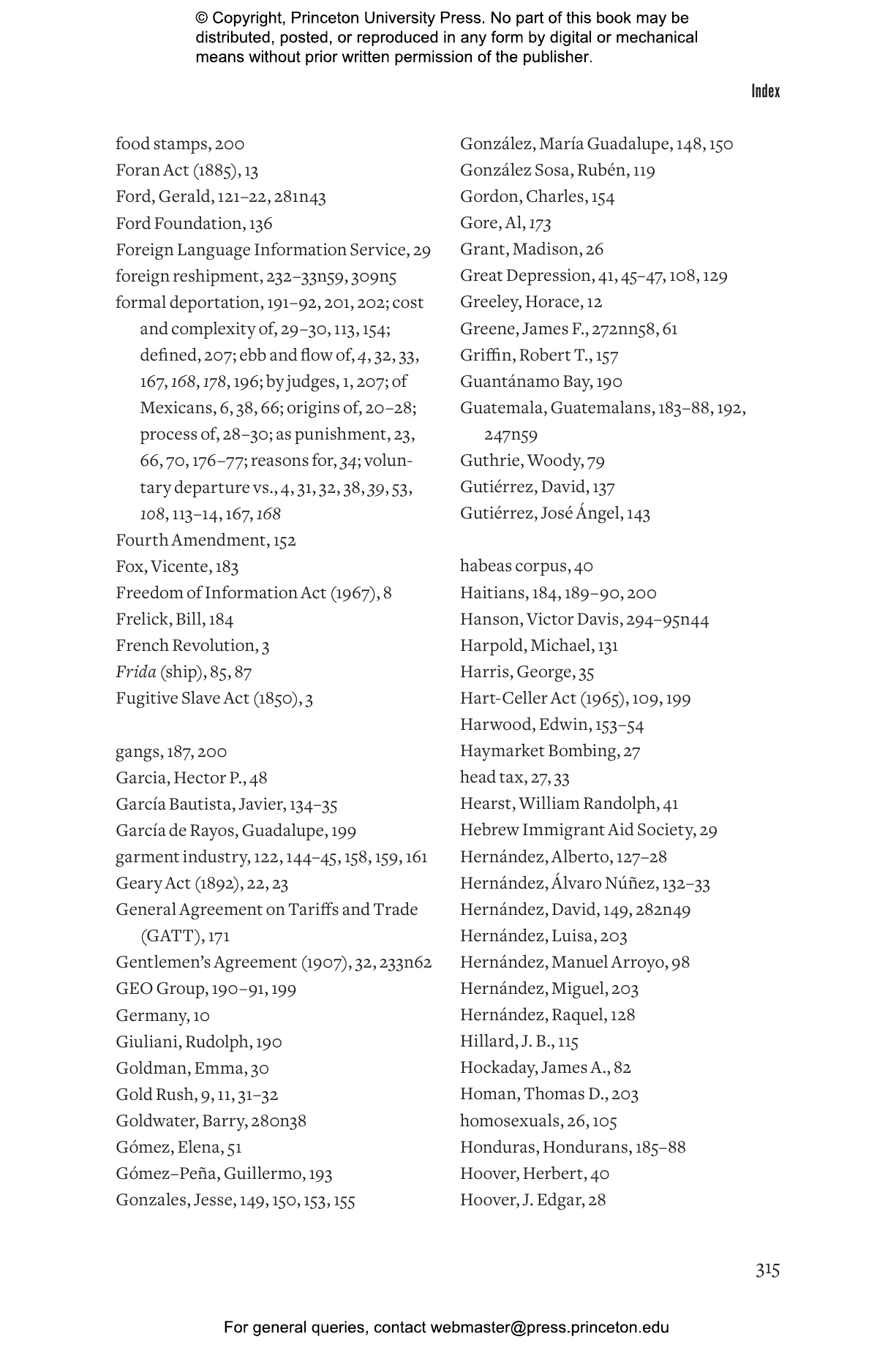 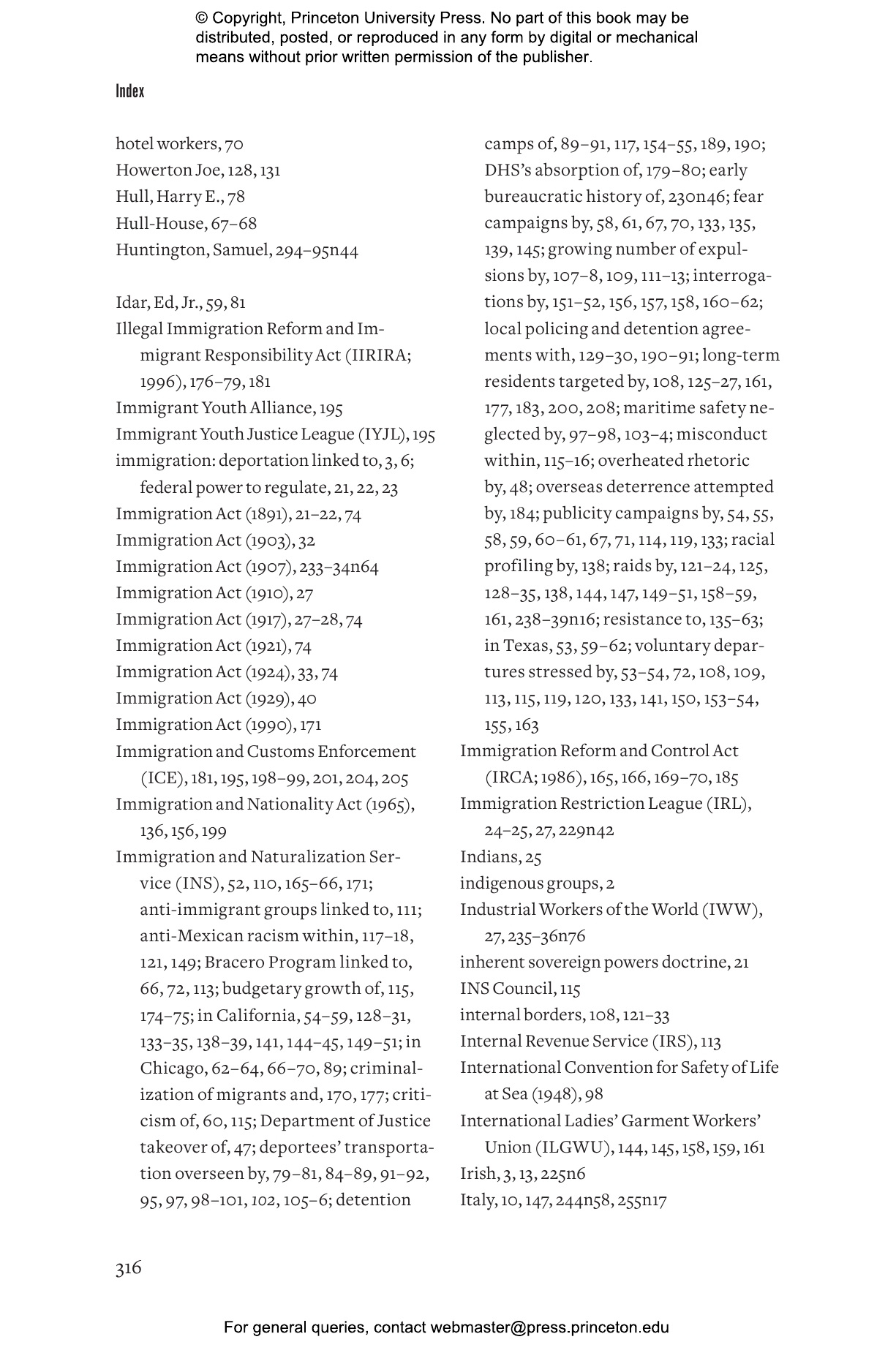 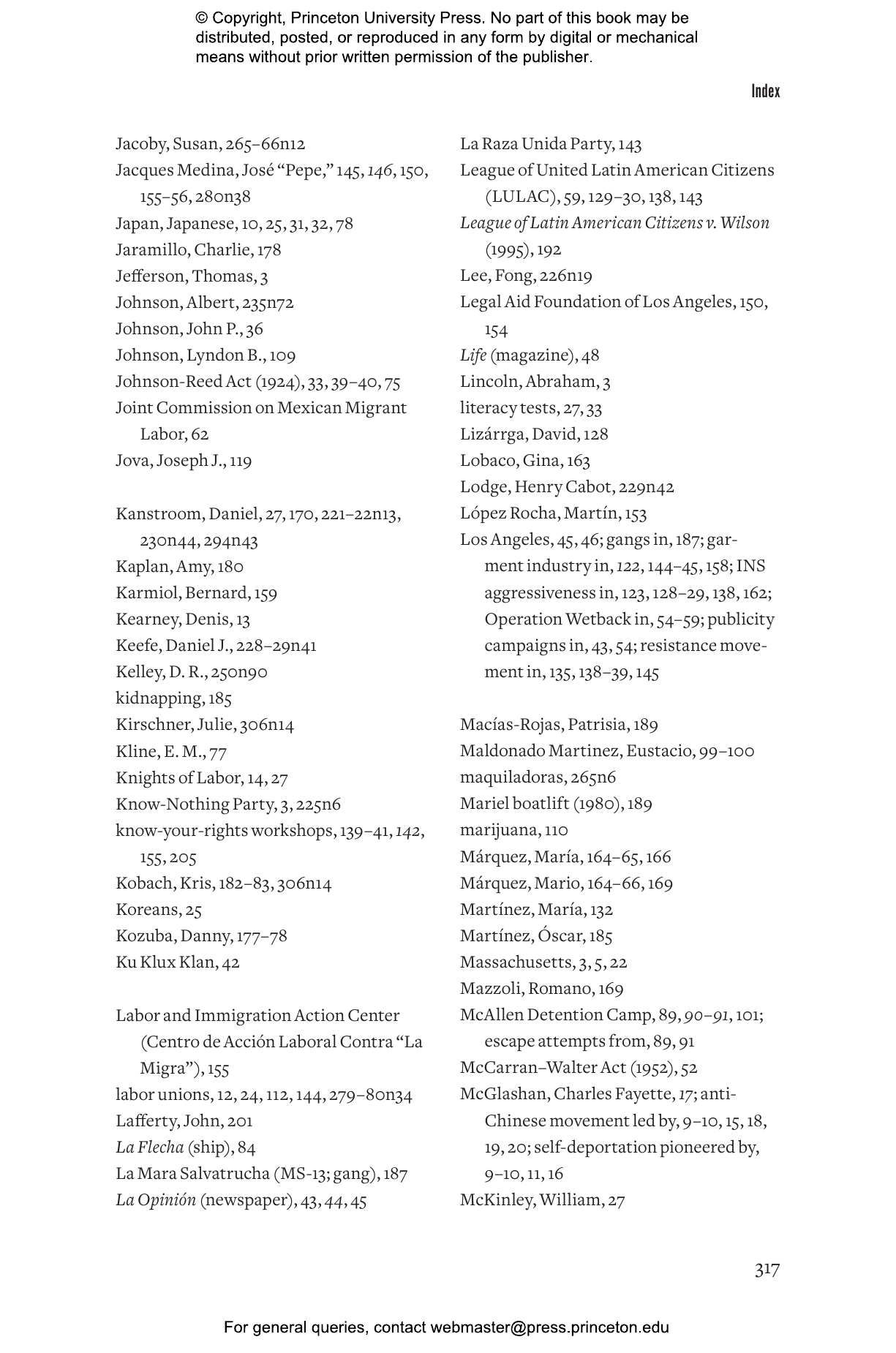 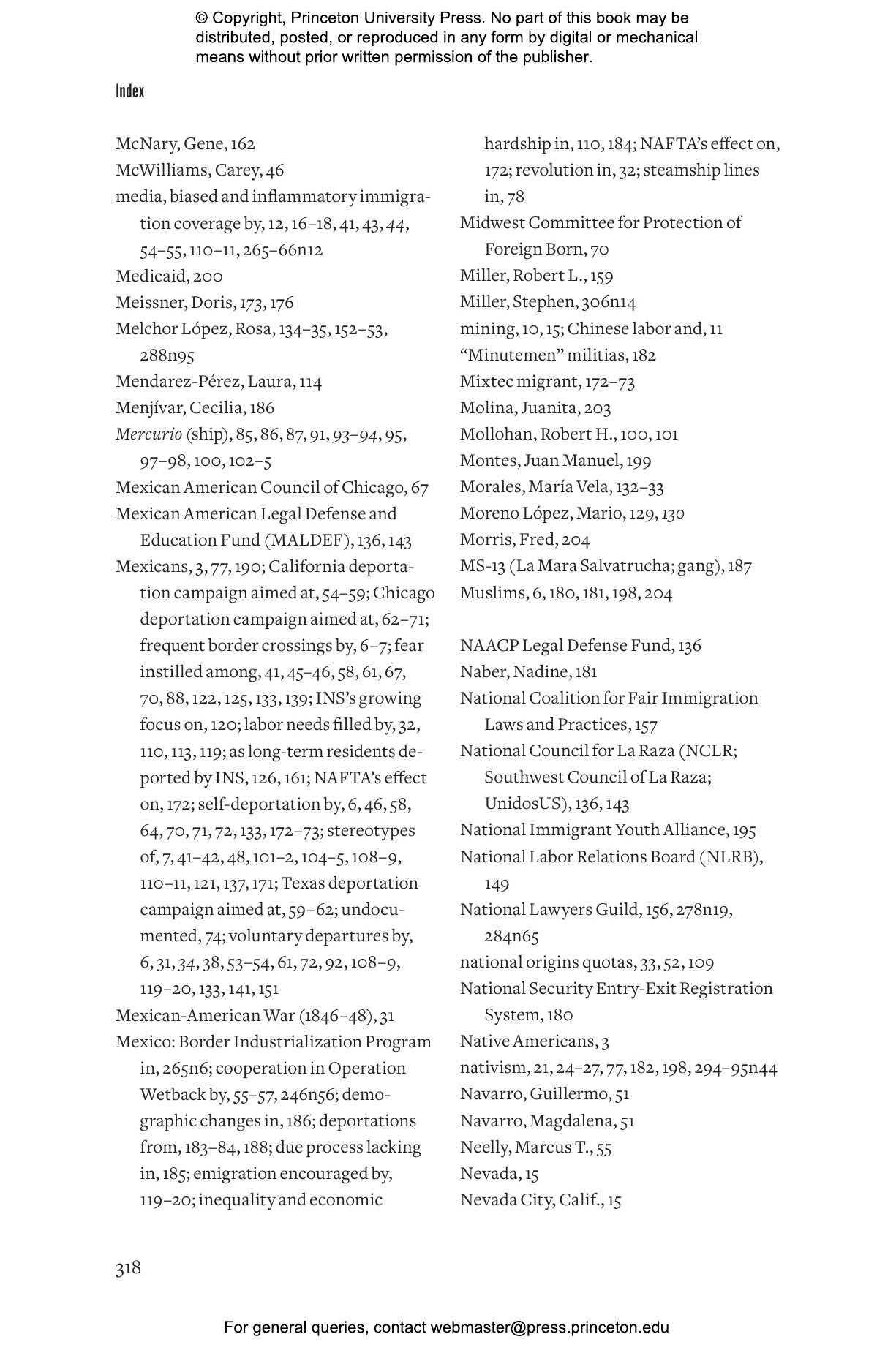 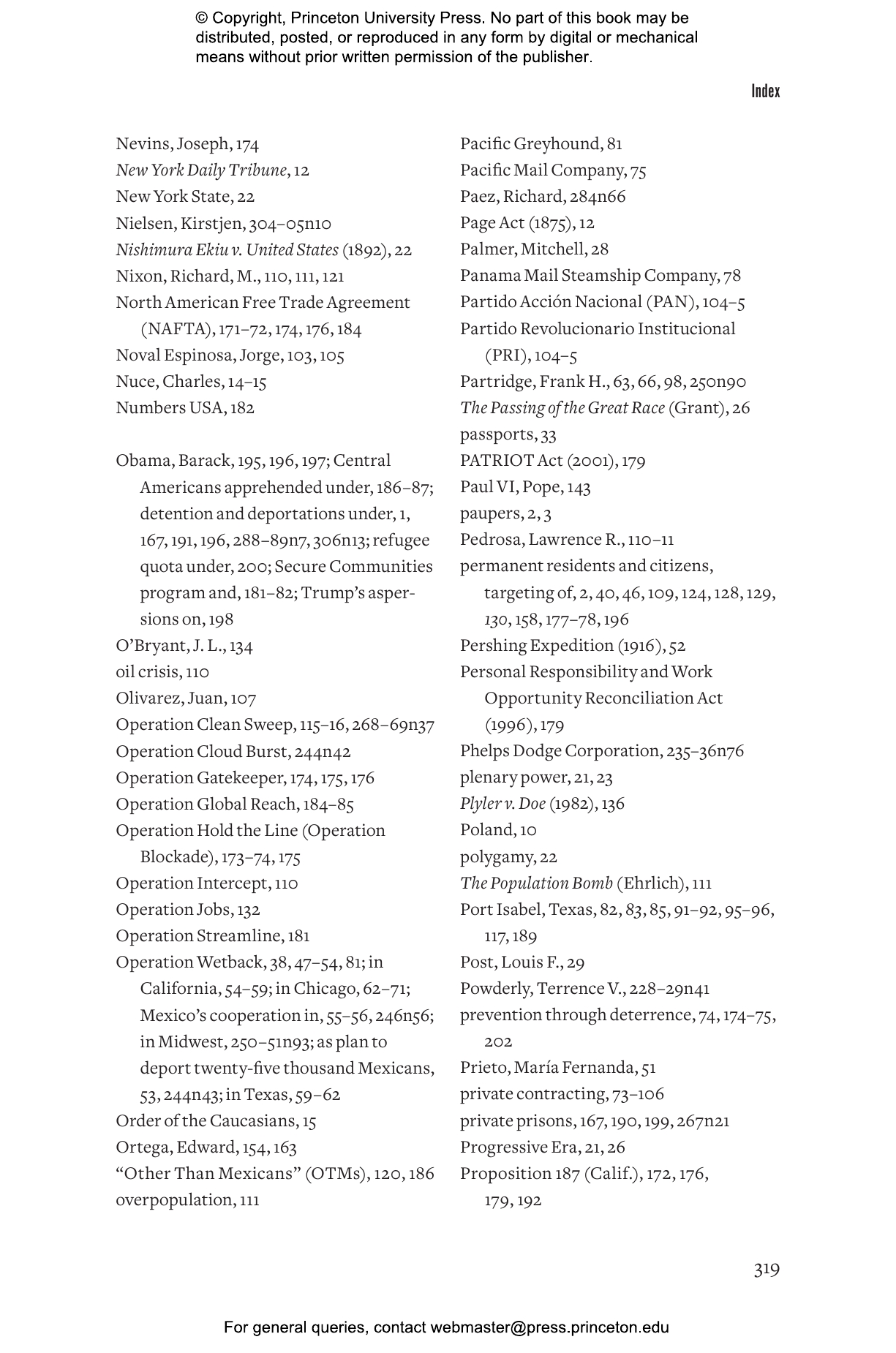 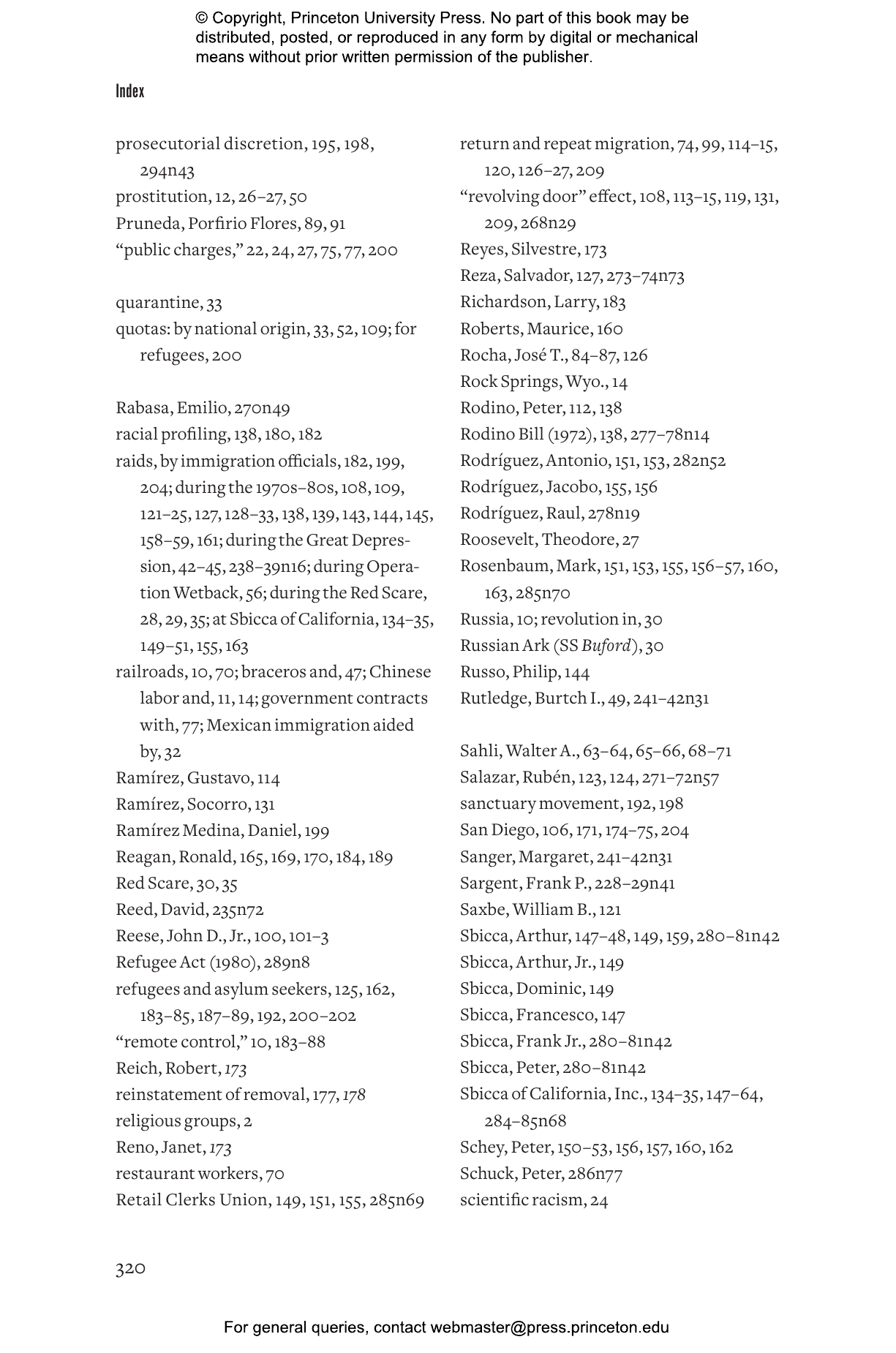 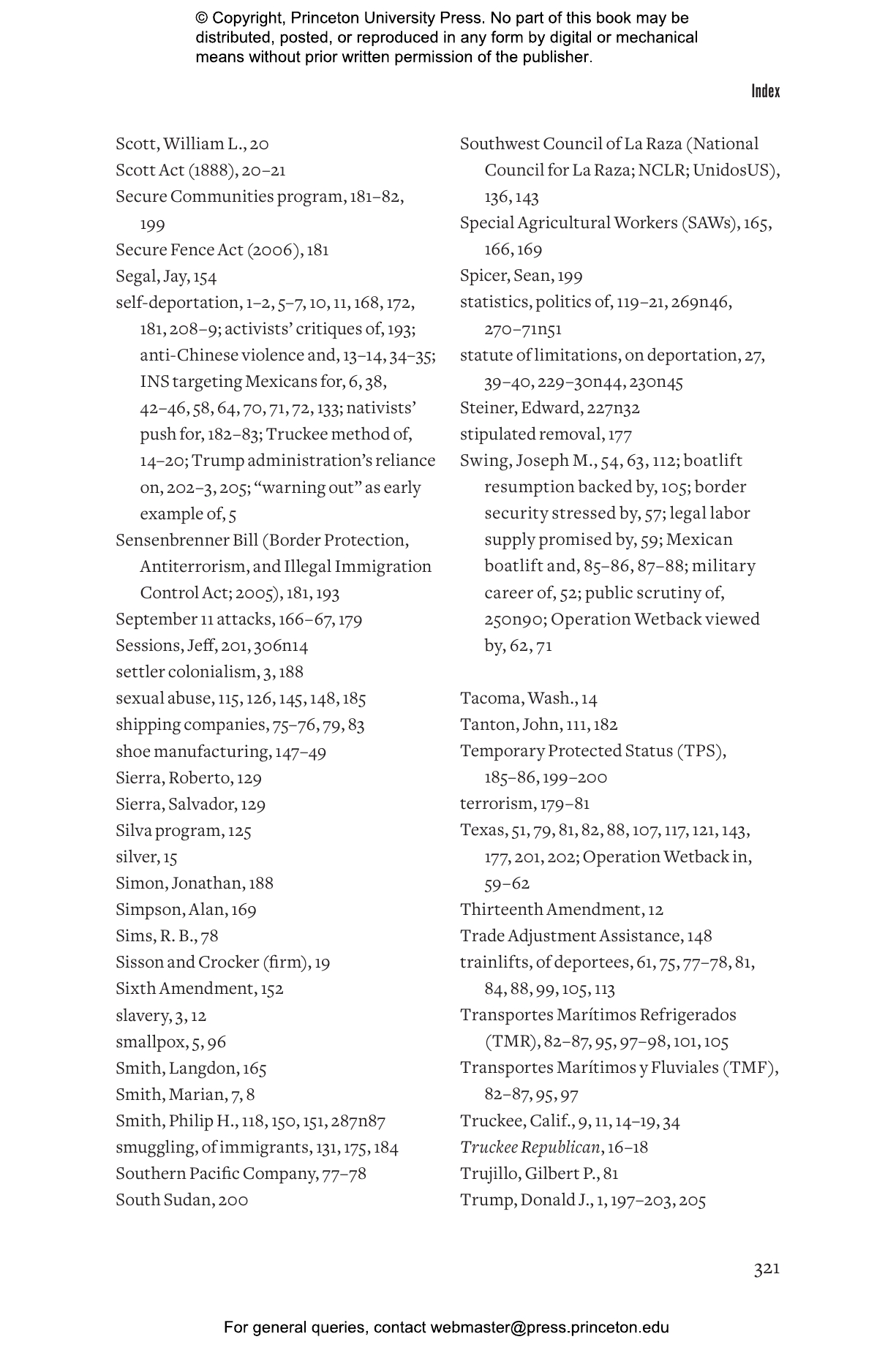 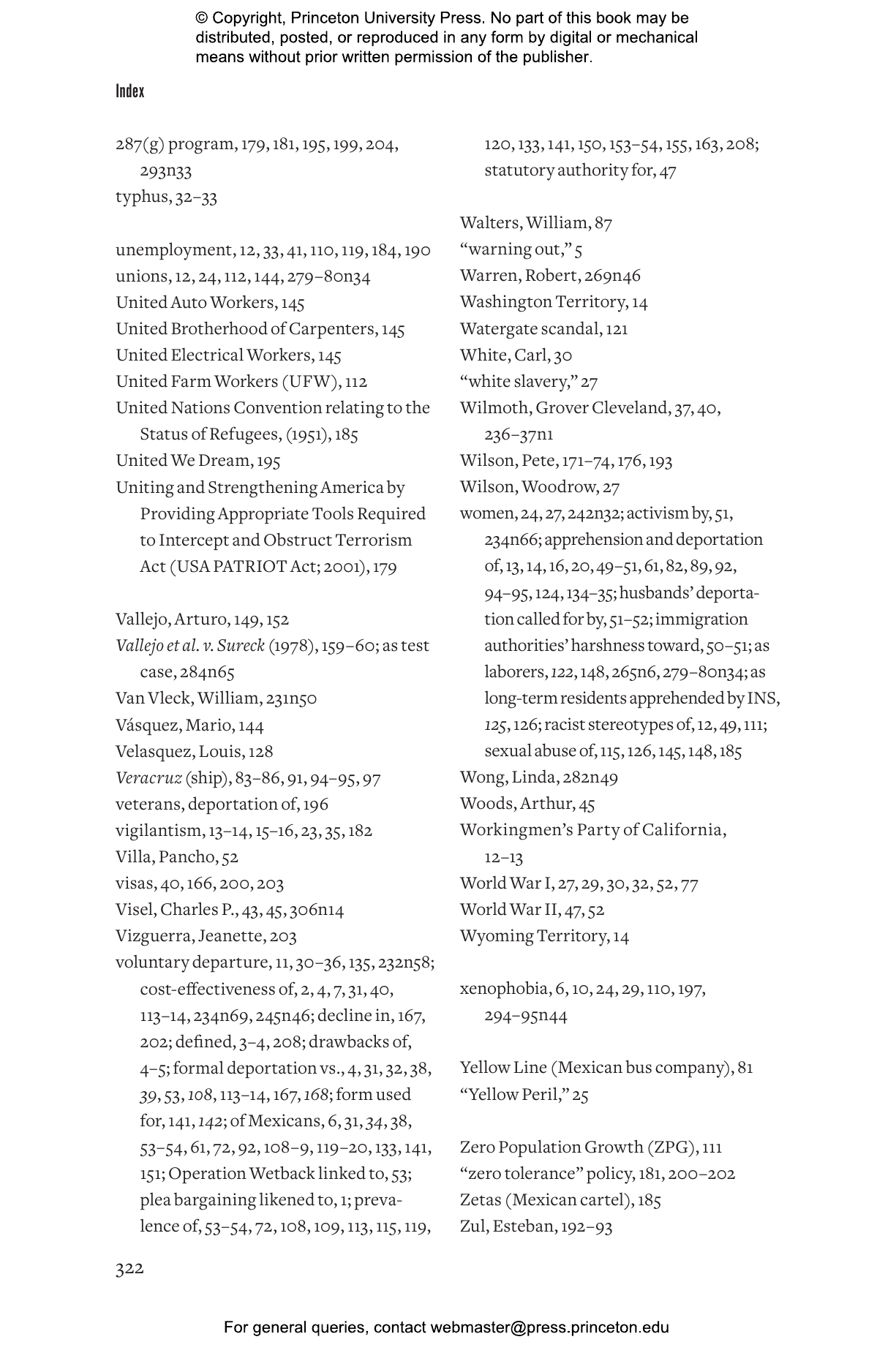 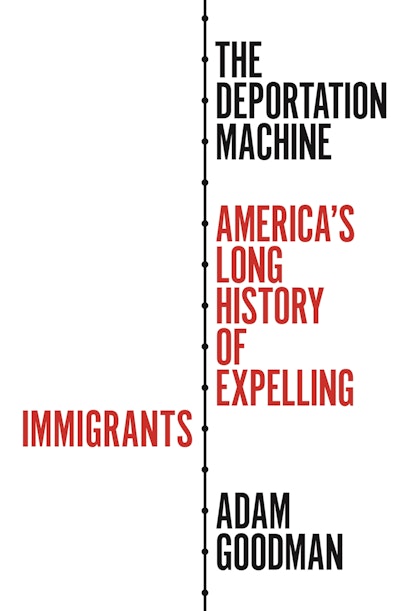 Adam Goodman teaches in the Department of History and the Latin American and Latino Studies Program at the University of Illinois Chicago. Twitter @adamsigoodman 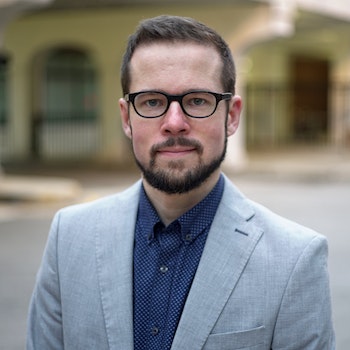 "In his superbly researched and briskly narrated The Deportation Machine, Adam Goodman, an assistant professor of history and Latin American and Latino studies at the University of Illinois at Chicago, comprehensively recasts the way we think about expulsions from the US and their effects."—Julia Preston, New York Review of Books

"Could not be timelier. The Deportation Machine provides new, crucial insights into the history of migrant expulsion and the origins of today's crises."—Hilary Goodfriend, NACLA Report on the Americas

"The Deportation Machine is the first book to measure accurately the magnitude of exclusion and removal in modern American history. With painstaking archival work, Goodman tracks the true, and truly devastating, extent of removal policies. He makes an essential contribution."—Allison Brownell Tirres, Public Books

"Adam Goodman, a professor at the University of Illinois at Chicago, examines how immigration policies and practices have been shaped as much by those who interpret, administer, execute and enforce the laws as by those who write them. . . . Although these measures may appear extreme, distasteful and even un-American, they are, Goodman reminds us, a continuation rather than a deviation from past practices."—David Nasaw, New York Times Book Review

"[A] superb history. . . . The Deportation Machine unearths policies and practices that have received scant attention and contributes immeasurably to our understanding of the dark side of immigration policy."—Susan Hartmann, H-Net Reviews

"Deportation policy in the United States is nonsensical because it is determined by two opposing impulses: racist hate and greed. We want immigrants because they do cheap work we won’t do ourselves, but we don’t want them because they represent, in the eyes of some Americans, a threat to our way of life. . . . Goodman is sharp on this contradiction. He demonstrates that the federal government’s immigration policy emerges from a desire both to control the borders and to cater to employers, who want to maintain a ‘well-regulated, exploitable migrant labor force."—Rachel Nolan, Harper's Magazine

"Adam Goodman’s The Deportation Machine offers an expansive, readable, and thought-provoking rethinking of the history of deportation in the United States. . . . [A] sweeping, engaging overview of U.S. deportation that will encourage scholars of immigration and the state to think differently about practices of exclusion today."—Abigail Andrews, American Journal of Sociology

"Drawing on interviews and oral histories, meticulous research in more than twenty archives, and old-fashioned detective work, Adam Goodman offers a beautifully written and comprehensive history of US deportation policies. This book is a must-read, not just for students, scholars, and policymakers, but for all engaged citizens who want a fuller recounting of our national past."—María Cristina García, author of The Refugee Challenge in Post–Cold War America

"Among the many books trying to make sense of the current moment, this one stands out. Goodman describes a machine that, for more than a century, would go of itself, put in perpetual motion by a toxic combination of racist ideology, vigilante impunity, and bureaucratic momentum. This impressively researched and sharply argued book is essential reading."—Greg Grandin, Pulitzer Prize–winning author of The End of the Myth: From the Frontier to the Border Wall in the Mind of America

"A brilliant historical analysis of the business dimensions of global labor migration and the apprehension, warehousing, and removal of immigrants deemed 'illegal' by those in authority. One of those rare studies that manages to grapple seriously and learnedly with one of the huge and pressing social issues currently facing humanity. Incisive, readable, and deeply engaging."—David G. Gutiérrez, author of Walls and Mirrors: Mexican Americans, Mexican Immigrants, and the Politics of Ethnicity

"With a sharp historical eye and a masterful command of the archival material, Goodman reveals the vast mechanisms of state power to expel unwanted populations, of which formal deportations comprise only a small portion. This superbly researched, eminently engaging book is indispensable reading for understanding the architecture of immigration enforcement today."—Cecilia Menjívar, author of Enduring Violence: Ladina Women's Lives in Guatemala

"Most books about deportation focus on formal proceedings conducted by the government. Adam Goodman widens the scope to consider 'voluntary' departures and self-deportations, which are far greater in number and no less part of the state's deportation machinery. A must-read for all those who care about the reach of state authority and its consequences for immigrants and citizens alike."—Mae Ngai, author of Impossible Subjects: Illegal Aliens and the Making of Modern America